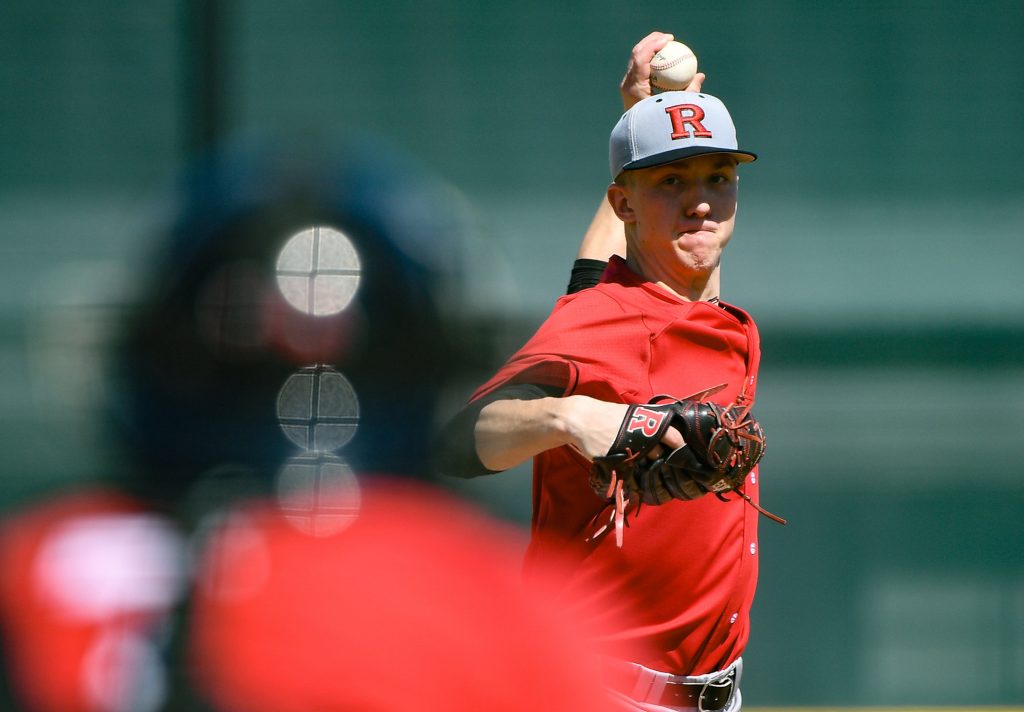 The Ringtown native and North Schuylkill graduate had every right to expect to.

Murray held Big Ten batters to a .178 average, ranking second, and fanned 49 batters over eight starts. Overall, his 3.01 ERA led the Scarlet Knights, and his 81 strikeouts in 17 appearances were the sixth-most in single-season program history.

“Just disappointed, that’s the biggest thing,” Murray said, looking back on 2019 Major League Baseball Draft this week. “That’s a goal of mine, and it’s been a goal of mine for a long time. I didn’t think it was going to go that way. I thought at least I’d get taken at some point.

“After the season I had last year I thought that I would be rewarded, but it didn’t work out.”

Rather than dwell on the disappointment, Murray vowed to work even harder for his senior season. He was going to prove the scouts wrong and hear his name called this time around.

“I can’t dwell on the past,” Murray said. “I think that it lit a fire under me, that got me going. A week later I went up with Eric Cressey, who’s one of the best trainers in the country for baseball, pitching specifically. I played in the Cape (Cape Cod League) over the summer. I got good exposure.

“This season at Rutgers, even

though I only played four weeks of the season, I came out with a vengeance, like I had something to prove,” he added. “Just leave with no regrets.”

The 6-foot-6 Murray rebounded from a rough opener at third-ranked Miami to turn in a pair of strong starts this spring. In one, a 6-1 win over Washington State, he pitched 5.2 innings of two-hit ball with five strikeouts, retiring 12 straight batters in one stretch and giving Rutgers its first-ever win over a Pac-12 opponent. That game was played at the spring training home shared by the San Diego Padres and Seattle Mariners in Peoria, Arizona.

“Opening the season at Miami is not easy. That wasn’t a good one for me,” Murray said. “Going to Arizona, going up against Washington State, a Pac-12 team that’s one of the better conferences in the country, that was a good one. It was lights-out that day.”

Under first-year head coach Steve Owens and a new staff, Murray was chugging along with a 2-2 record and had 18 strikeouts in 16.1 innings this spring. He and the Scarlet Knights were set to embark on a southern swing to Fort Myers, Florida, for 10 days, with games mixed in against Army and Florida Gulf Coast.

That’s when Murray’s season and his future were blind-sided by the coronavirus pandemic that has crippled the world. 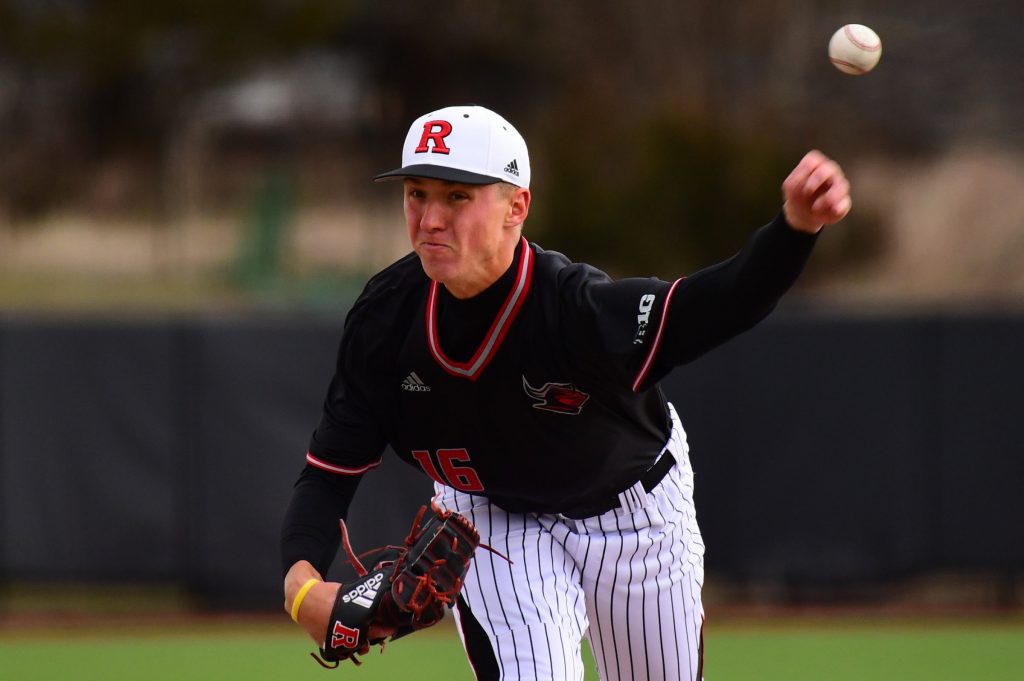 RUTGERS UNIVERSITY ATHLETICS
Ringtown’s Tevin Murray, a senior pitcher at Rutgers University, was 2-2 with 18 strikeouts in 16.1 innings this spring before the season was canceled by the NCAA due to the coronavirus pandemic.

“We look forward to that trip because we’re looking to get out of the cold weather in the north,” Murray said, recalling that March 12 day when they were scheduled to fly out.

“We weren’t leaving school until 3 o’clock and we just finished lifting practice at 12. Everyone’s ready to eat, get on the bus and go. Then we saw they called off the Big Ten Men’s Basketball Tournament and then the coaches sent us a text, saying we’re not going on our trip. We had a meeting. He said for us to go home, they don’t want us on campus. We were shocked.

“The week after, we found out the Big Ten canceled the (baseball) season,” Murray added. “It’s crazy circumstances.”

Murray aspired for his Scarlet Knights to reach the Big Ten Tournament for the first time. He had hoped to challenge for Big Ten Pitcher of the Year honors, perhaps more.

“I was second-team All-Big Ten last year, I felt like maybe Pitcher of the Year, All-Region or All-American, that would have been something,” Murray said, “but the team goals were most important.

And, as a soon-to-be graduate with a degree in business, he was eager to walk across that stage and be handed his diploma this spring.

“All my classes are online. I finish up in May, and also graduation is online,” Murray said. “I’ve been at my brother’s college graduation. That is something you look forward to. The last four years of hard work, and to hear your name called and go out on that stage with your cap and gown, it’s something you look forward to and is a big day in your life.

“It’s going to be very different hearing it online in sweat pants and a hoodie,” he said, “but it doesn’t take away from all the hard work of the last four years.” 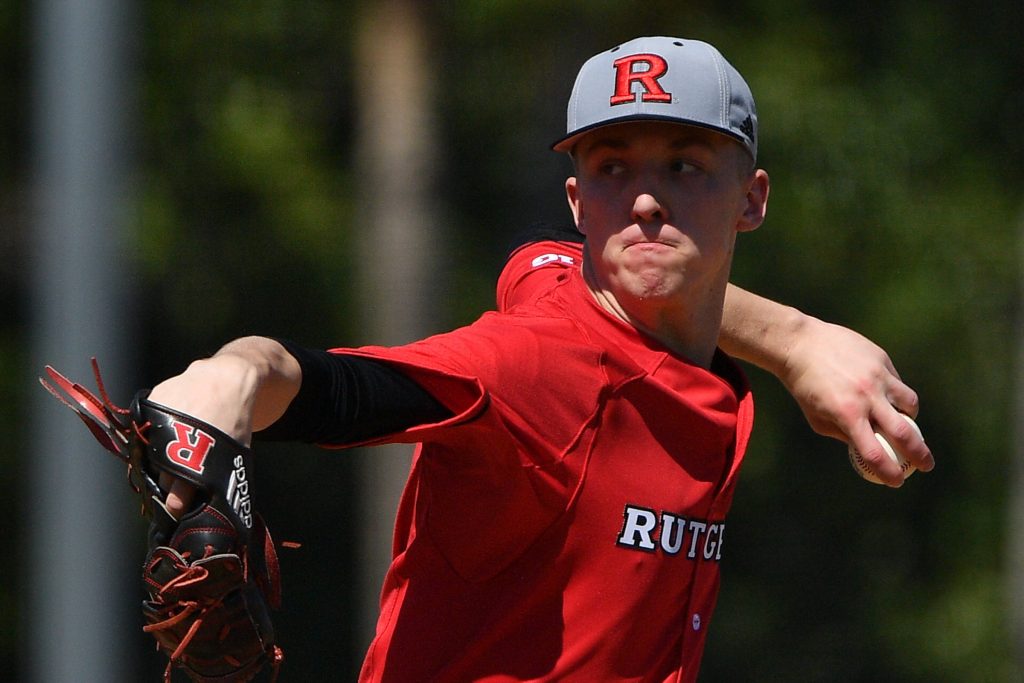 RUTGERS UNIVERSITY ATHLETICS
Ringtown’s Tevin Murray, a senior pitcher at Rutgers University, saw his season end when the coronavirus pandemic forced the cancellation of the NCAA spring sports season. Now the North Schuylkill grad is hoping to hear his name called in this year’s MLB Draft.

The question for Murray now is where will he be making his next start, and for whom?

For starters, the NCAA has granted another year of eligibility for spring sports student-athletes that had most or all of their seasons canceled. That leaves the door open for Murray to come back for another year at Rutgers, should he choose.

“I know that talking with my head coach specifically, we’ve been talking pretty much every other day about what’s going to happen with next year. He’s been keeping me up to date,” Murray said. “That would be something I would have to look into. If I want to go back to school, that option’s always there if the draft doesn’t work out. I’d like to go back and play for another year if I could, I just have to explore my options.”

Which brings him to the Major League Baseball Amateur Player Draft.

Originally scheduled for June 10-12, it has now been moved to perhaps July. There’s also talk of the draft being limited to 5-10 rounds, instead of the 40 rounds used in past years.

That won’t make things any easier for aspiring baseball players who already may be faced with limited job opportunities as MLB looks to cut ties — and funding — with some lower-level minor league teams.

It all adds up to a lot of uncertainty for Murray.

“In the fall, scouts come in and do the general questionnaires and interviews. It seemed like there were a lot more this season than there were last season,” Murray said. “With the year I had last year, I feel like a lot more people heard about me over the summer.”

Although he’s in control out on the mound, without a full season to further prove himself and with at least 75 percent of the draft positions potentially eliminated, things are no longer in Murray’s large hands.

“I don’t know what’s going to happen now. I haven’t heard anything,” Murray said. “I have no idea what’s going on.” 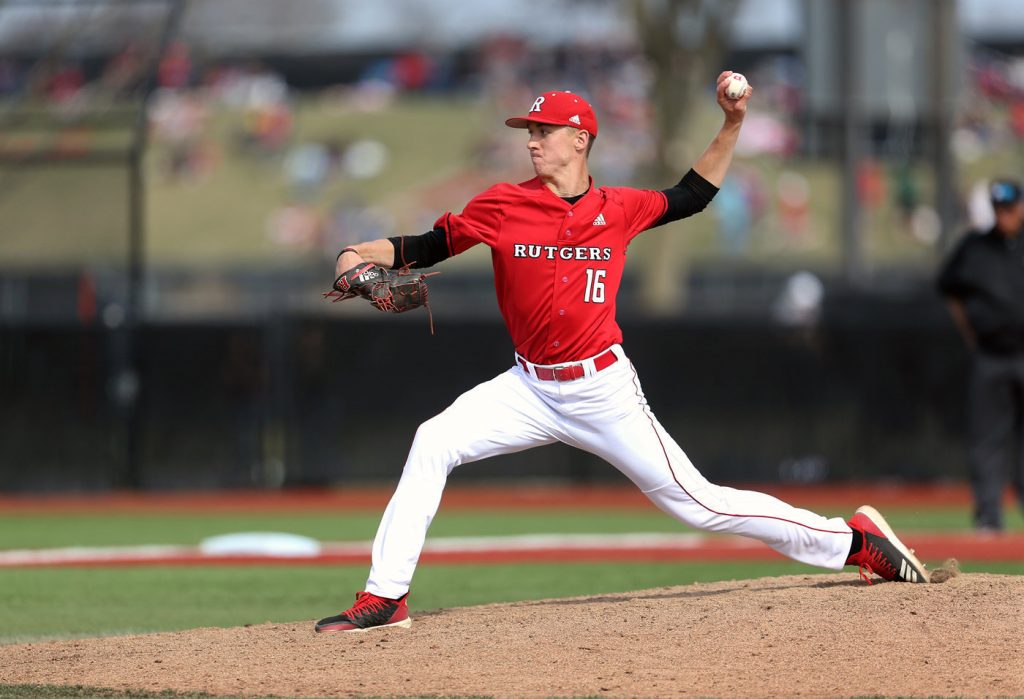 Murray’s plan, for now, is to continue with his normal routine and just control what he can control. Over the past three weeks, he’s been working out at home in Ringtown and finishing up his studies.

“I’ve been using the time to stay in the most competitive form that I can,” he said. “I know it’s tough when you’re not playing games and at practice competing every day. I’ve been throwing, I’ve been working out every day. We have some weights in the garage I’ve been using.”

With older brother Ian, he also has someone to throw to.

“I’ve been tossing the ball around with my brother, he’s been catching my bullpens twice a week,” he said. “I’m staying fit, but I’m also using the time to relax, especially if it’s going to be for a couple months that we’re not going to be playing. I’m just trying to keep some pressure off my body right now that I would not be doing if we were under regular circumstances.”

Murray’s top priority is keeping healthy, and staying ready should he hear his name called on draft day, sign with a club afterward, or return to Rutgers.

“My parents, they say every day this thing could be over in a couple weeks and you could be back to playing baseball, so you just have to stay with the program. I’ve been doing that,” he said. “I’ll throw a bullpen on Wednesday, and if I have a start on Saturday or Sunday, I’ll throw my start on that day just to simulate that. I’ve been doing the same routine.

“There’s nothing really different on that end, it’s just not competing against live hitters.”

Murray hopes he’ll have that chance again real soon, regardless of where.