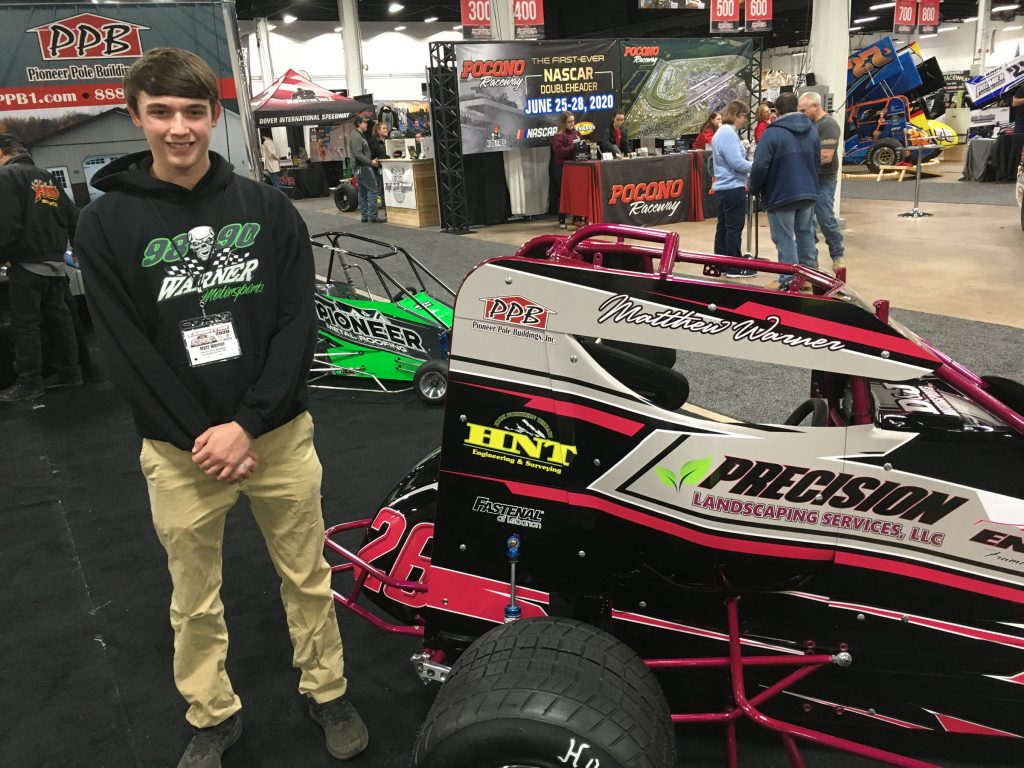 Fans at the recent Motorsports 2020 show at the Greater Philadelphia Expo Center only had to see the title sponsor’s exhibit to know.

The Warner family of Pine Grove is really into racing.

As part of the Pioneer Pole Buildings’ display, there were three cars exhibited by the Warner brothers, Matthew and Trent.

The cars included a new 600cc RTS micro sprint, one of three cars that Matthew will pilot during the 2020 season.

And, if there is any car that he wants to master, it might be this one, the type of car he tried for the first time last year.

He figures the racing gods owe him.

He remembers that, and only a little more.

“A guy never lifted coming out of the turn with his wheels locked all the way to the left, bounced off the wall, came down and caught my right rear,” Warner said. “I went barrel-rolling. I remember the first hit when the chassis hit the ground, and that was it.”

When the car stopped, Warner was unconscious for the next five minutes.

He said, “When I woke up, I remember my dad asking me if I could move my legs, as they had the car lifted up so they could get the stretcher and pull me out. 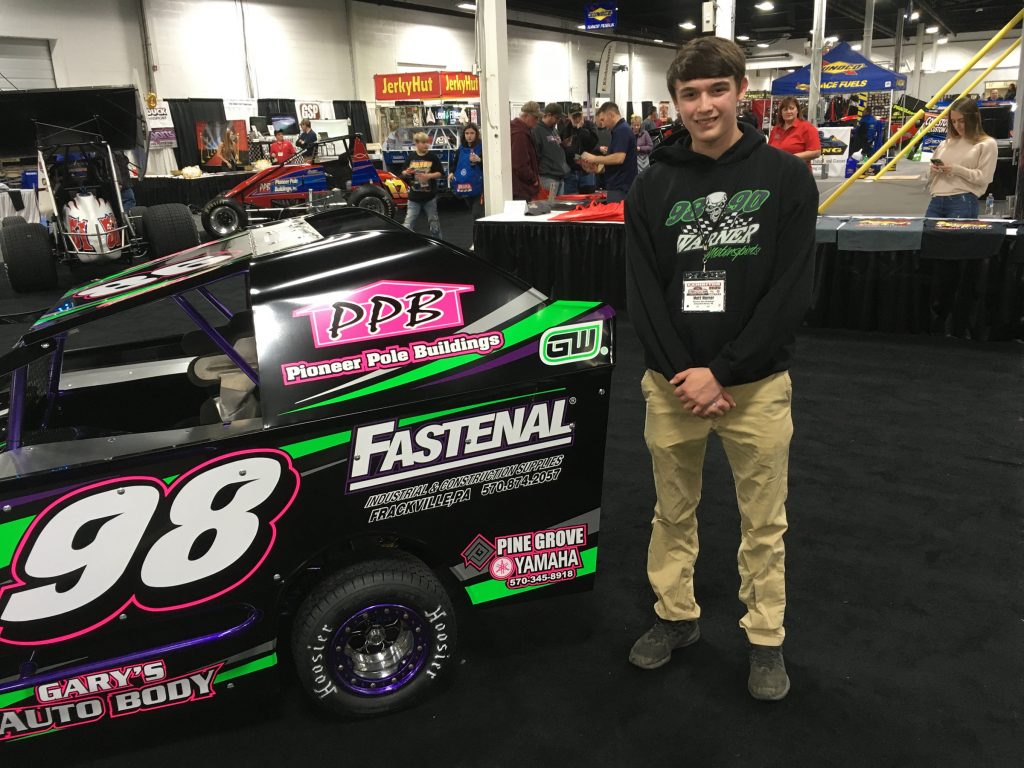 CHUCK CURLEY / STAFF PHOTO
Matthew Warner, 15, of Pine Grove, stands beside his 600cc modified that he will race next season. Warner, who placed among the top 10 on the Xcel Modified Tour in 2019, will compete against his brother Trent in the division, which appears five times at Big Diamond Speedway next season.

During the roll, Warner’s head went from one side of the driver’s seat and slammed into the other.

Warner said he doesn’t remember the two days after the crash and needed two weeks to resume his day-to-day life.

It took longer for the brain to heal, though.

“When I came to school that year, it was hard to remember a lot of what I was learning,” he said, “especially with the college prep classes.

“I’d have to study multiple times a night to comprehend what I was reading. It was very hard.”

The jarring moment, though, did not change his opinion about racing. He plans to compete 100 times on a racetrack in 2020.

“This is what I enjoy. I have no ambition to do anything else,” he said.

That passion started early. Matthew had to think for a bit when asked about his start in racing because he could barely remember it.

At age 5, he stepped into a go-kart. In the ensuing decade, he said he won multiple championships in several types of cars.

It will be no different in 2020. In addition to the open-wheel micro sprint, he will return to his 600cc modified and try a full-sized sportsman fielded by past Big Diamond Speedway champion Wayne Witmer.

Trent got an even earlier start, turning a wheel for the first time at age 4. He will race a 600cc micro sprint at both Linda’s Speedway, Jonestown, and Clyde Martin Memorial Speedway, Newmanstown, this season.

Racing, an expensive hobby anyway, gets even costlier as two careers unfold.

“It started my first year. We picked up 10 sponsors,” Matthew said. “We lost a couple over the years, but we also gained a lot, and every year they give a little bit more money. We’ve been able to do what we love.”

These days, the Warner brothers will face each other in their 600cc modifieds. While some drivers never notice who they are passing, Matthew said he knows when he is near Trent.

“It does faze me because I have to work on the car every week,” he said. “ … I know who it is, but I’m not going to drive any different.”

Saying he won 10 600cc modified races last year, Matthew Warner plans for similar success this season. Noting he was leading the 600cc micro sprint points at Linda’s Speedway before his Shellhammer’s crash, he is similarly hopeful about that car.

The sportsman might be different. Matthew said he may drive in both the open and new 602 crate divisions at Big Diamond.

“Just go out and get a feel for the car, and maybe come home with a top-five,” he said.

At times driving two different cars in one night, Matthew knows his schedule will be hectic.

“Most of it is having the mental ability to stay focused and worry about what you need to worry about at the time, especially with running multiple cars a night,” he said. “Getting exhausted is one thing, but mentally exhausted is another.

“If you mentally have the ability to keep going, it’s going to help you in the long run.”

Warner is thinking about that long run, even at his tender age.

“Eventually I’d like to star my own electrical business, and hopefully fund my racing that way,” he said.

And, if a career in World of Outlaws sprint cars or NASCAR comes along, so much the better.

Warner’s not about to allow one concussion to deter him or listen to any opinions against racing.

Even from his mother?

“She knows me well enough to know I wouldn’t stop,” he said.