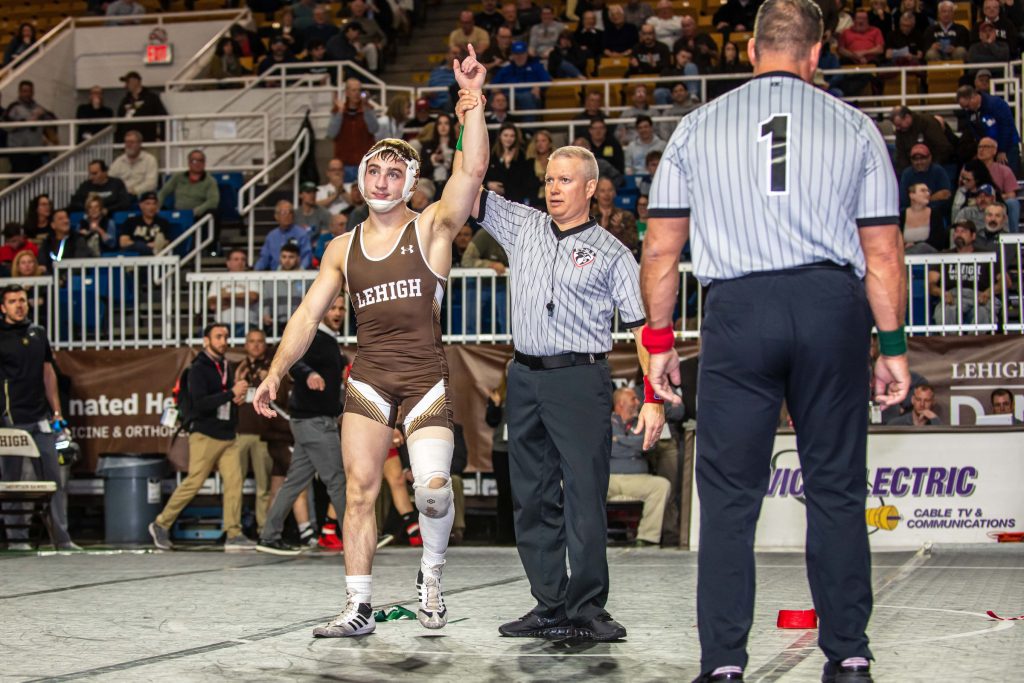 Hoffman must wait to compete in 1st NCAA tournament

Jimmy Hoffman had travel plans set for Minneapolis this week.

Instead, he hit the road over the weekend as he took a detour for Drums.

A breakout season at Lehigh University had Hoffman ready to chase what every college wrestler aims for: a place on the national medal stand.

But the Hazleton Area graduate’s first trip to the NCAA Division I Wrestling Championships will have to wait at least another year. He’s one of the countless athletes affected by the coronavirus pandemic that forced the NCAA to cancel its winter and spring postseasons, Lehigh to close its on-campus classrooms and other sports leagues around the country to take an indefinite timeout.

Hoffman said he understands the decision had to be made to help combat a matter much more pressing than a tournament. But that doesn’t lessen the sting he felt over the abrupt end to his best season yet — or that of other national qualifiers on the Mountain Hawks, like senior 174-pounder Jordan Kutler.

“It absolutely is terrible. I feel so bad for our seniors. Jordan was a legit

title contender this year. He’s not going to have that opportunity now,” Hoffman said in a recent phone interview. “It really is a heartbreaker for everyone. You work your tail off all year for this one tournament, and you’re a week away and they cancel it.

“It definitely is the right call. There’s nothing you can do about it.”

Hoffman received an at-large bid at 149 pounds for nationals last Tuesday, seemingly extending a huge season for himself and Lehigh overall.

The Hawks won their third straight team title at the EIWA Championships in their last competition on March 7. Three of Hofffman’s teammates won individual titles, and eight received automatic bids for the NCAA tournament. Seniors Kutler and Ryan Pomrinca were among them, punching their ticket to Minneapolis for one final tournament. 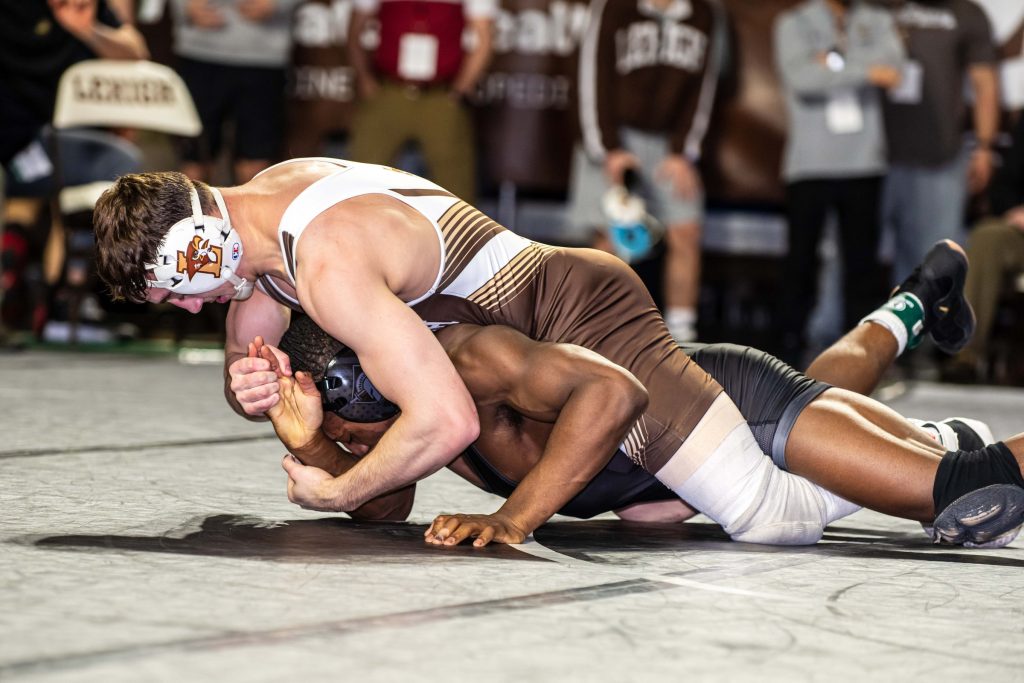 Hoffman was a semifinalist who ultimately settled for sixth place that weekend. It wasn’t enough then to join Lehigh’s list of automatic qualifiers, but he received his at-large bid a few days later to punctuate a big redshirt sophomore season.

It was a big step for Hoffman. Before this year, he started in only five dual meets as a redshirt freshman and entered tournaments as an unattached wrestler during his true freshman year.

He finally cracked Lehigh’s lineup this season and didn’t waste the opportunity. Even an injury that kept him out for a month didn’t stop Hoffman from reaching nationals.

“I can’t stress how hard it’s like to even go down there and go to a room like we have there and to even get into the starting lineup,” Hoffman said. “Just to become the starter is a really big accomplishment. Going into some of these big tournaments, I was doing really well against kids that were nationally ranked. I was holding my own against them. …

“It really was an awesome season. It was great to get this year under my belt for the next two years coming up.”

Hoffman drove home over the weekend after his plans drastically changed. He had been cutting weight and making sure he felt the best he could for the biggest tournament of his wrestling career.

Quick and stunning developments in the sports world suddenly left Hoffman with nothing imminent to work out for. He laughed that he realized he could now splurge a little, even allowing himself to grab two cups of coffee one morning.

It was a nice, temporary break from the day-to-day grind wrestlers face all season — “This isn’t too bad,” he thought. But it came at the expense of a weekend he probably would have remembered for the rest of his life.

“I knew it wasn’t right,” he said. “We should’ve been going out to Minnesota. It’s really unfortunate.”