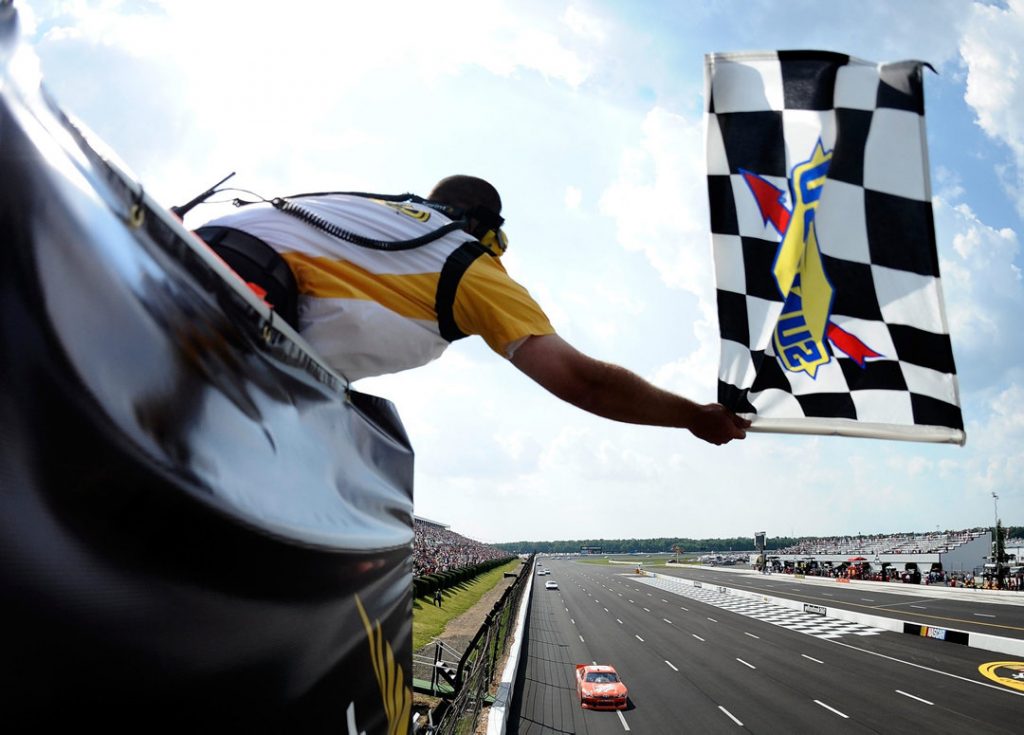 There’s no getting around the obvious disappointment the reality brings.

This was going to be an historic few days at Pocono Raceway. For people like me, it ranked as a circle-the-date event the moment it was announced a year ago. A NASCAR Cup Series doubleheader for the first time in the sport’s modern history. Plus an Xfinity Series race, and a truck race, and an ARCA race. It was going to be hectic and crazy and a challenge and fun. For fans like you, maybe it was a chance to visit the track when you hadn’t before, or camp out for the weekend in crowded infield, or to partake in any of the track’s traditions — a stroll around the infield, the chance to meet a driver walking through the garage, or even a quick run to the Long John (branded as the “biggest toilet in the world,” if you didn’t know) during a caution flag.

But … we all know the “but” all too well by now. Nothing about this year has gone as planned. Nothing is the same. Nothing is normal. And while there will still be a Cup doubleheader and five races at the triangular track in Long Pond over the next three days, you’re going to have to watch it on television. Life will go on at Pocono as it has around sports that have come back in the face of a pandemic, without fans and largely with a toned down media presence outside of FOX Sports’ race coverage.

It provides us all with a bit of an escape, for sure, and we’re lucky to have it. For sure, there were plenty of days the last few months where it seemed like the track might not have any racing at all this summer. But on weekends like this, in places like Northeast Pennsylvania, it’s still somewhat a reminder of what we’ve lost.

“This is a big part of peoples’ lives,” Pocono Raceway president Ben May said. “They come and camp with their friends they don’t see but once a year. I’ve got friends from Seattle that come with their buddies for the race…and they’ve made friends here from New York and New Jersey and other parts of PA. Those are the pieces that are most disappointing for us, that we know we’re not able to provide for all of our fans and guests and partners.

“You know, it’s just a different animal, but that statement probably goes for all of 2020 if you really want to break it down.”

For May and others at the track who work tirelessly, year-round, to make weekends like this such a focal point for fans, 2020 was going to feel different whether COVID-19 struck the world or not. Their two NASCAR races were combined into this one different kind of weekend. The IndyCar Series race that appeared on the midsummer schedule the last few years got nixed. So just about every ounce of the raceway staff’s focus was on making this weekend bigger than any in the track’s 46-year relationship with NASCAR.

And, it was going to be.

By the second weekend in March, Pocono’s infield camping availability was about 80 percent sold out even with an 800-spot expansion, May said. Ticket sales for grandstand seating for both days of Cup racing skyrocketed between 20 and 30 percent.

For sure, some risk existed for both Pocono and NASCAR at the outset, lumping two events into one weekend. What if fans preferred the old way, after all? But if ticket sales and camping interest were any indication, this was going to work.

This was going to be big.

Instead, raceway crew focused on making the track as strong as it could be, on making the grounds as pretty as they could appear, on making the experience of being back in the Poconos as positive for drivers and crew members and NASCAR officials as comfortable as possible. It’s hardly everything they really want to do.

They want to guide traffic into those parking lots in the summer heat for hours. They want to sell food and drinks at crowded stands, then send them off for dinner at Woody’s Country House or the Jubilee Restaurant. They want to print and issue gobs of passes to the garage and the pits. They want to patrol the infield to make sure rules are being followed. They want to guide fans to the merchandise trailers and back. Yes, they even want to repeatedly clean the Long John.

Instead, they’re doing all they can and what they’re allowed to do. For fans, there’s a Virtual Fan Fair on the track’s website that will allow them to virtually engage with some of the sponsors and track partners they’d have been able to visit this weekend. The track also got 1,250 fans to send a message workers wrote on the start finish line, continuing another pre-race tradition the best way they can. There will also be a virtual infield block party.

It’s a fine substitute, but a substitute nonetheless, for the type of weekend Pocono really wanted to celebrate. Asked if he hoped Pocono would be given another chance by NASCAR to host a doubleheader next season, May estimated the track’s interest in doing so at “one million percent,” because he got enough of a taste this year to know what that weekend could be like.

“This is a race fan’s dream. This is a race team’s dream,” he beamed. “The concept is gold. We just hope we get another chance to prove it.”

They deserve it. They’ve earned it. Here’s hoping Ben May and all those at Pocono Raceway get their wish.