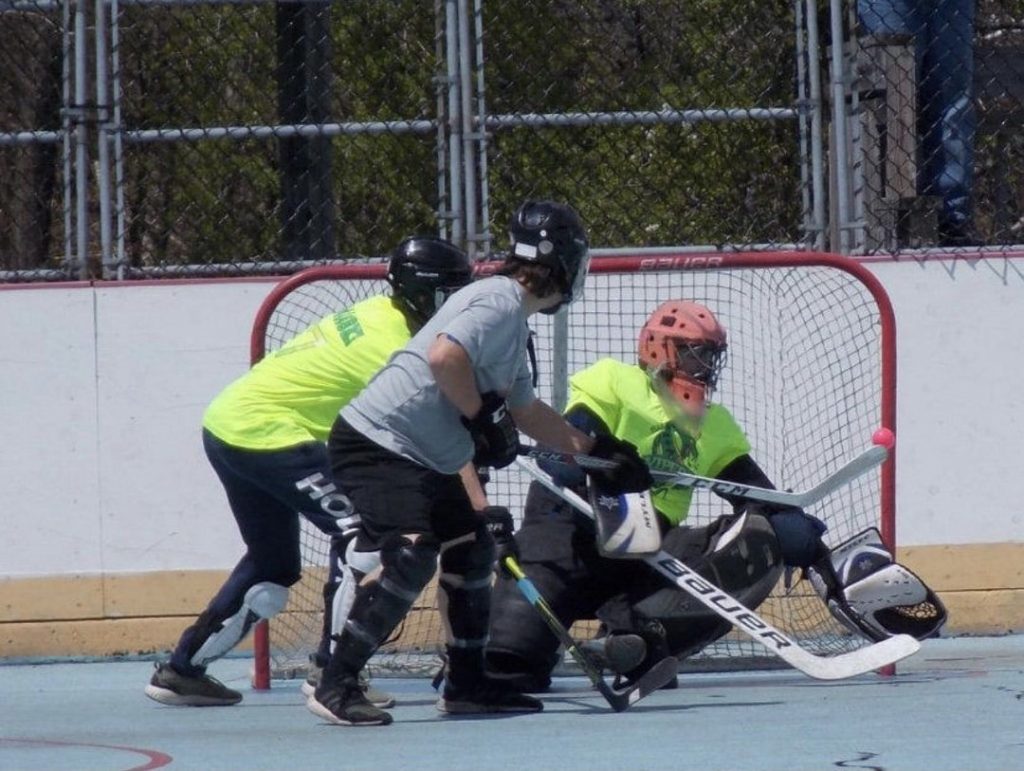 Like so many playing venues, the pandemic silenced their hockey rink in 2020. But with the recent statewide shutdown on youth sports set to expire Jan. 4, the Hazleton Street Hockey League hopes to hear kids playing again in 2021 and see some new recruits, too.

“We’re hoping things get lifted on the fourth,” Keck said. Any changes would be announced on the league’s Facebook page.

The season begins in April and continues through July, with games at the hockey rink on the western edge of the Beech Street Playground in Hazleton.

New registrants must bring a copy of their birth certificate so organizers can establish their age and assign them to varsity or junior varsity squads. Registration for the first child in a family is $50 and it costs $25 for each sibling.

There’s fundraising during the season to offset the cost of awards, T-shirts and other league expenses. Players are required to have a hockey stick, helmet with a metal facemask or plastic shield, hockey gloves and hard plastic knee and shin guards. Other equipment like chest protectors and elbow pads are optional, he said.

Children ages 4 to 12 play on one of the six JV teams while 13 to 17 year-olds play on one of four varsity teams. However, Keck said, children already enrolled in the league last year who aged out of varsity will be able to finish their last season.

“We didn’t even get into the season. The pandemic hit and they started locking things down in the middle of March and at that point it was scramble mode,” Keck said.

At first the shutdown was supposed to be for a short time, but the weeks of closures pressed on and the league ran out of time to play without interfering with fall sports.

“We did not play one game because of this. We were hoping to get started by June and work on a compressed schedule,” Keck said. The kids were obviously bummed when that didn’t happen, he said.

One of the kids who signed up to play last year was ready to start his first season with the league after taking hockey lessons elsewhere.

“This kid was pumped about playing hockey,” he said. Then, disappointment set in.

Coaches missed their kids and the kids missed their coaches, Keck said. They were “extreme conditions” beyond the league’s control.

The league has plans in place to reduce the spread of COVID-19. Those precautions are being eyed by many youth athletic leagues while the future of sports in Pennsylvania remains uncertain.

“This is killing a lot of kids. They miss their friends and the things they love to do,” Keck said.

In the league’s favor is that it plays games outdoors. Keck said and there’s never enough people attending a game to break crowd size restrictions.

Spectators and coaches will have to wear a face covering if coronavirus restrictions aren’t lifted and other safety protocols offered by medical experts will be followed on the rink, outside it and at the concession stand.

The league also has to recover from a year of lost recruiting, which it typically does through visits to schools that couldn’t happen last year.

All they need is desire, Keck said.

“It’s open to anyone interested in learning the game of hockey. We have great coaches,” he said.

In a typical year the JV teams play 15 games while varsity plays 12 games before both enter the playoffs. In the JV division, only the top four teams get into the playoffs, while varsity, due to the current number of teams, qualifies all teams for playoffs. Keck said the league wants to increase the number of players and, thereby, the competitiveness.

JV games are 12-minute periods and varsity, 15, with officials, Keck said. Good sportsmanship, teamwork and how to treat people equally are emphasized.

The league, which formed in the 1990s, uses a hockey ball over a puck. It involves a lot more exertion than roller and ice hockey, Keck said, noting street hockey players are in constant motion, offering players a positive outlet to release some of their energy.
Contact the writer: achristman@standardspeaker.com; 570-501-3584