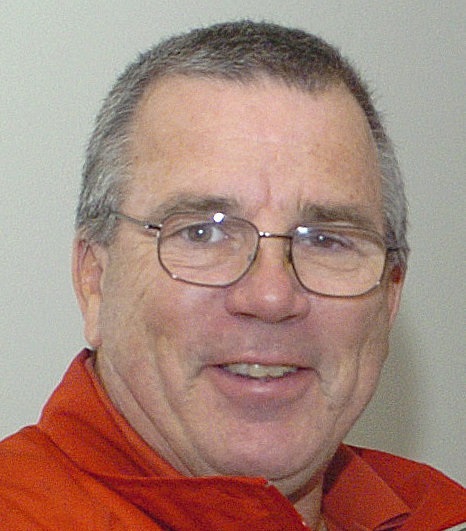 Only a few of his former players call him coach; likewise do hardly any of his closest friends call him by his first name.

To all that know him, it’s “Chubby,” which narrows it down to the one and only Donald ‘Chubby’ Carlyon, a fixture on the local sports scene for more than five decades.

His coaching career started in 1971 while he was a senior at East Stroudsburg State College. He was a junior varsity baseball coach just four years after he graduated from Hazleton High in 1967. There, he was an outstanding baseball player and defensive back and kicking specialist for the Mountaineers football team in 1965 and 1966.

“Chubby’’ played on Hazleton’s second best offensive football team in school history. In his two varsity seasons, the Mounts were 16-5-1.

As a junior, Carlyon returned an interception 94 yards for a touchdown, the second longest pick-six in HHS history. As a senior, he booted 27 extra points, which was fourth best all-time at Hazleton.

“Chubby’’ followed in the footsteps of his older brother Tom, who was the third best athlete to ever wear the Blue and White of HHS in my opinion. After starring in multiple sports for the Mounts in the early 1960s, Tom went on to star at Boston College.

“Chubby’’ eventually became the head coach for the Hazleton swimming club and the Mounts’ wrestling team. He coached the Freeland High baseball team for 10 years and also lent his talents to and shared his enthusiasm with the Whippets junior high football and baseball teams. He served as an assistant football coach under Adam Sieminski at Freeland High for six years, plus he had coaching stints at Hazle Township and Weatherly. 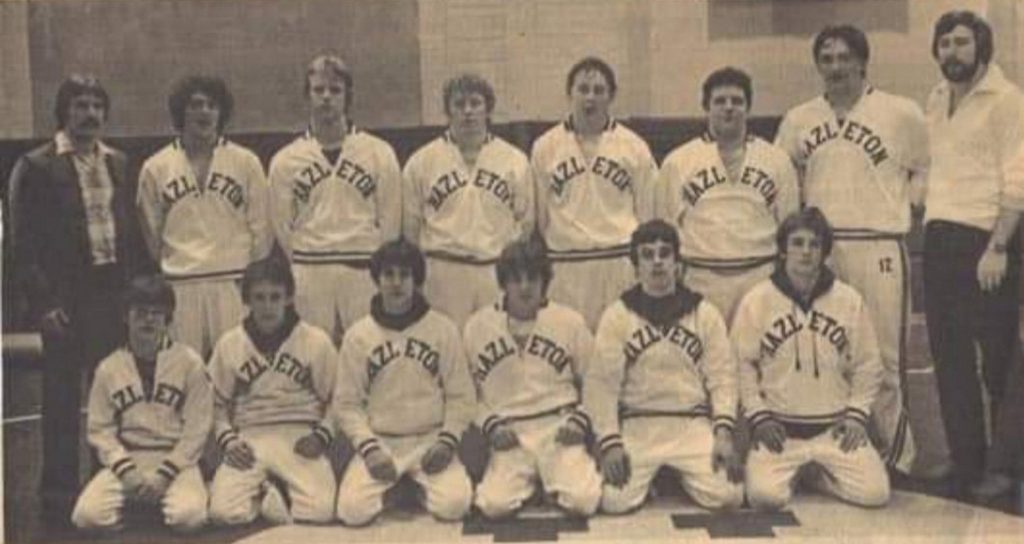 In the spring, the younger Carlyon coached baseball at Freeland, Hazleton Area and Bishop Hafey. Come the fall in the late 1970s, he was on head coach Mike “Gish’’ Klembara’s football staff at Hazleton High.

Carlyon’s resume also includes six years as an assistant wrestling coach under the legendary Don Rohn at Hazleton High. During their time together, the Mountaineers ended North Schuylkill’s 127-match winning streak in the Schuylkill League on a memorable February night in 1980, the highlight of HHS’ consecutive league championship seasons.

Combined, “Chubby’’ has been a head or assistant coach for more than four decades. He taught in 14 different local schools and coached at least one sport in five different high schools prior to his retirement a few years ago. He also was an softball umpire for a number of years, a regular at the Jake Kislan ASA Complex in Drifton a while back.

He passed the knack for umpiring on to his son Matt, now making his way up the ranks as a professional baseball umpire. “Chubby’’ simply beams with pride whenever talking about his son’s latest assignment.

These days, “Chubby” Carlyon operates the scoreboard for Cougars football, field hockey and soccer games in the fall at Harman- Geist Memorial Field in Hazleton. In the winter, he runs the scoreboard for Hazleton Area home basketball games and wrestling matches and postseason hoops contests at Hughie McGeehan Gymnasium in the Maple Manor section of Hazle Twp.

Personally, I’m still haunted by the memory of dropping a fly ball over the fence at Northeast Field that went for a grand slam cost my Gabriel’s Bar and Restaurant team the City Adult Slow- Pitch Softball League championship in 1973.

“Chubby’’ was the centerfielder and I was in right field that day. Gracefully, he never mentions my muff like another good friend, who played on that same team, does once a year. I will not mention his name, but they call him ‘Junsey.’

“Chubby’’ has been a mentor for many young, local student-athletes and a top-notch friend.

Because of his longevity as an athlete, coach, teacher and for his lifelong sports knowledge and oustanding sense of humor, he deserves to be and is a nominee for the Hazleton Area Sports Hall fo Fame.