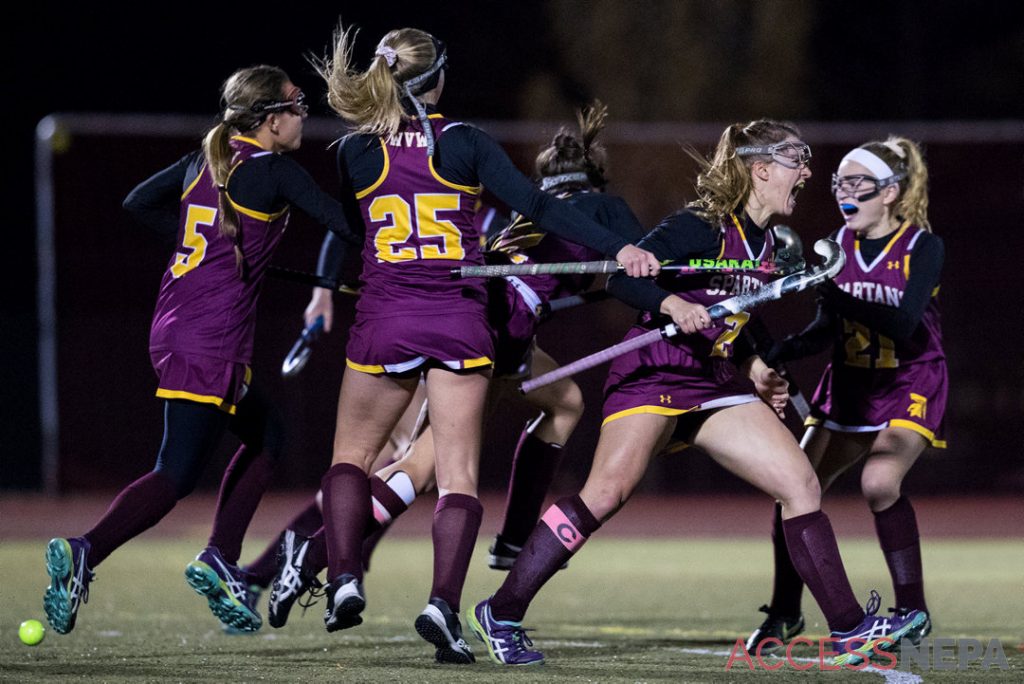 Don’t judge a book by its cover. And don’t judge Madison Woods’ collegiate career by her statistics.

While the Ivy League may move its fall sports schedule to the spring if feasible, there’s a chance Woods will have played essentially only one season by the end of her junior year.

Woods keeps a cheery disposition, though, in the face of injury-shortened and pandemic-impacted seasons.

“I still feel like I’ve had a very fulfilled college experience despite missing out on these seasons,” Woods said.

The former Wyoming Valley West captain and three-time District 2 champion was not surprised by Wednesday’s coronavirus-related news, saying she was “mentally prepared” for it.

However, no amount of preparedness could completely soften the blow of a potentially canceled season in which Woods was hoping for a breakout performance.

She is one of eight juniors for the Quakers, whose roster lists seven seniors.

“Personally, I have a lot of emotions for the seniors because they’ve worked so hard and I’ve always looked up to them so much,” Woods said. “They definitely deserve more than they’re getting this fall, unfortunately, but I’m just hoping the best for them.”

As a high school senior, Woods was The Citizens’ Voice Player of the Year after leading the Spartans to the PIAA Class 2A championship game.

She arrived at Penn as a defender in 2018 and tore her right ACL and meniscus in just her second game.

“I had a really great support system through my family and coaches and players,” Woods said. “I had a great physical therapist that I went to twice or three times a week. Basically, I built up a lot of strength and was able to get back to playing the next fall.” 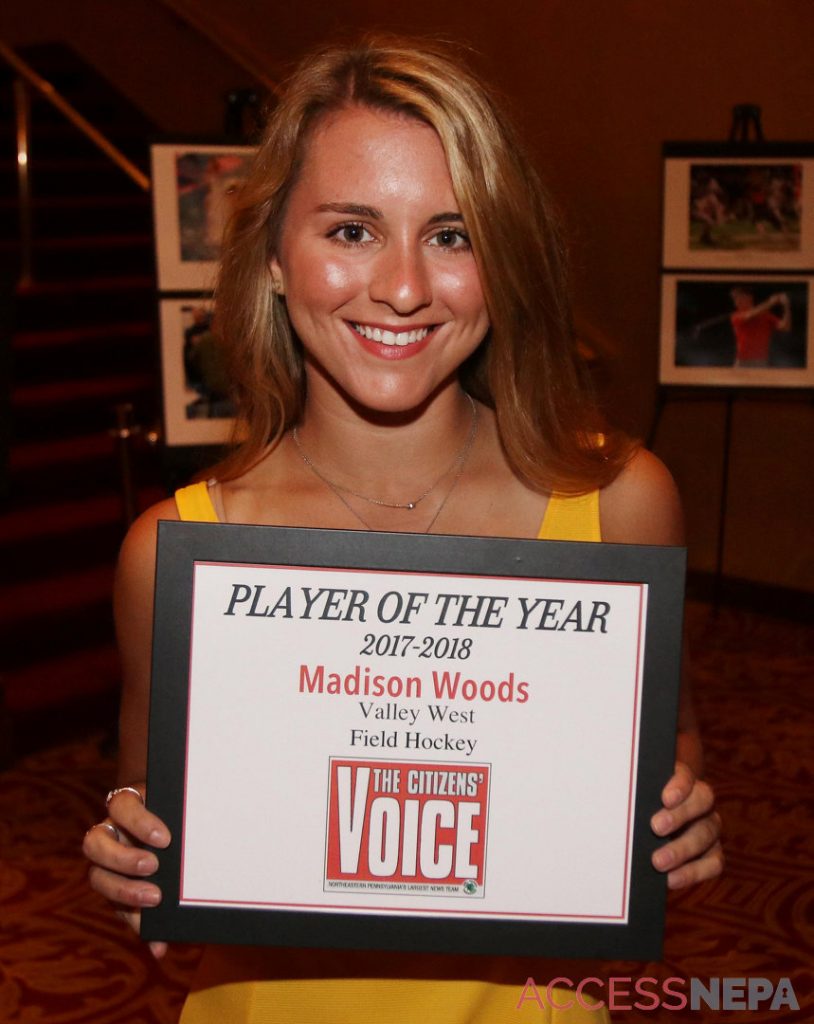 DAVE SCHERBENCO / STAFF PHOTOGRAPHER
Wyoming Valley West Madison Woods holds up her Player of the Year Award during the 2018 Citizens Voice Athlete of the Year Award at F.M. Kirby Center for the Performing Arts, Wilkes-Barre.

Woods had a promising sophomore campaign, appearing in 15 games and starting three as Penn went 7-10.

“I feel like in a way I was still easing into it; I was still playing with a brace for some of the games,” Woods said. “I was looking forward to this season, especially being an upperclassman and taking on more leadership roles.”

Woods, a neuroscience major on the pre-med track, is making the most of her Penn experience in terms of extracurricular activities.

She’s a member of the Penn Counterparts, a co-ed a capella group that specializes in pop and jazz, and has performed at Carnegie Hall and flown with the group twice to Los Angeles.

“What’s great is that we’ve been able to sing together even though we’re not physically together,” Woods said. “We recently came out with a music video for our song, ‘Don’t Start Now.’ We were able to take our own individual videos of us singing and mash them all together.”

Penn will invite students to return to campus for the fall semester under a hybrid model with both in-person and remote instruction. Despite the lack of games, the Ivy League said team practices and workouts may continue this fall in a structured format.

“I do think that we have a great team both on and off the field,” Woods said. “I think that coming back for our senior season is going to be very special after everything that’s been going on. We’re definitely going to be playing every minute like it’s our last.”