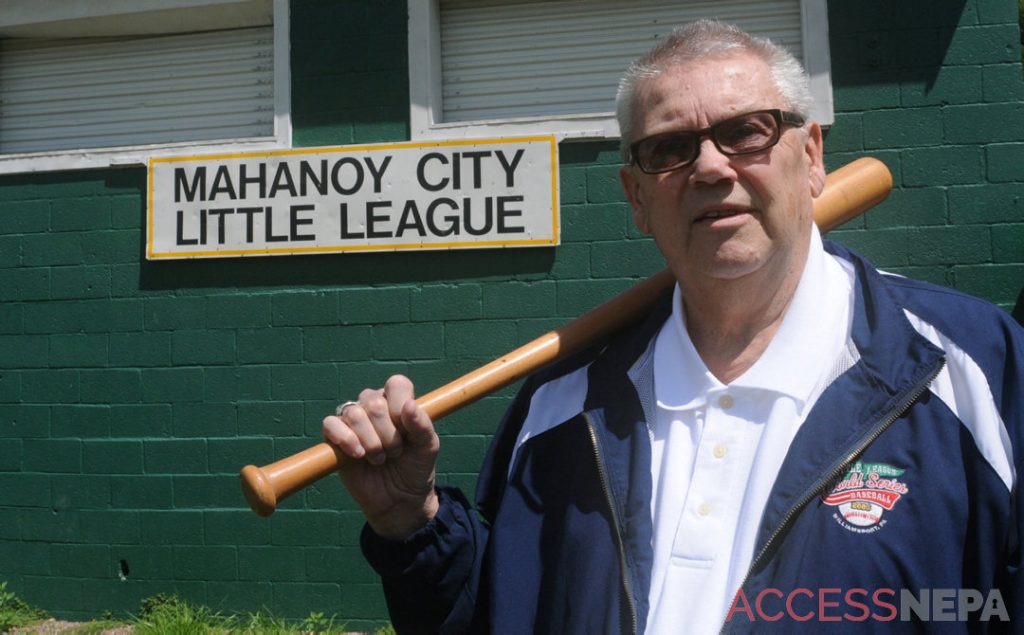 2020 a tough year for northern legends

The good ones are slowly being called to a higher authority.

They made their claim on God’s good Earth for decades. Some in the coaching and educational fields, one in the arena of the Fourth Estate; their roots firmly planted in one community, their accomplishments echoing far and wide.

The great Davey Linkchorst was called to his maker recently. A man, who not only could coach and lead his teams to championships, but an educator that drew respect and love from his peers.

John Murtin, another man who left his mark at Mahanoy Area, certainly was all about promoting his Golden Bears and their athletic accomplishments while directing the school from the highest throne as its superintendent.

Ed Conrad was known for his prose, a terrific sportswriter who hit the “big time” from the small town of Mahanoy City, to the city lights in Philadelphia and Montreal, Canada.

Without a doubt, Linkchorst knew how to coach, but just as important he knew how to mold future men. Davey, as he was known, had to live in the shadows of one of the greats ever to coach Mahanoy City High School, Johnny Gephardt. “The Gepp,” as he was known with affection and reverence to the “old-timers,” won a state championship; thus the top rung brought high standards.

Yes, Linkchorst was in that realm where “The Gepp” was elevated. However, Linkchorst was more than just a teacher and great coach, but a pure athlete if ever there was one. At Bloomsburg College (as it was known back in the day), Davey lettered in three varsity sports: football, basketball and baseball.

Former Mahanoy City native Gene Kilroy, who was Muhammad Ali’s business manager and is helping Mike Madden with Fighter’s Heaven in Deer Lake, said this of Linkchorst: “He was one of the greatest all-around athletes I ever saw, and if he went to Hollywood he would give Clint Eastwood competition.”

One of Linkchorst’s long-time friends from college was John Daley. Daley would go on to coach the University of Pennsylvania and was hired away by Mahanoy City native Jack McCloskey to lead the Detroit Pistons. McCloskey played for “The Gepp,” went on to attain All-America basketball status at LaSalle College and later became the Pistons’ general manager.

Quite a circle of friends for sure, Linkchorst, Daley and McCloskey. The sports world isn’t as big as one may think, really, but it bonds forever, to be sure.

One night during the Holiday Basketball Tournament, which once was played at the Palestra in Philadelphia, then moved to the newly built Spectrum by Shenandoah native Jerry Wolman, Daley found time to speak to a young sports scribe.

“Hey Coach, how are things going?” I asked as we walked out of the comfort facilities together.

“You know I’m friendly with a former college teammate of yours, Dave Linkchorst!” I responded.

Boom. Daley stopped dead in his tracks, made a quick U-turn and proceeded to have a five-minute conversation with a total stranger, asking intently how Davey was doing. Before departing, it was mentioned that his point guard, Eddie “The Shot” Stefanski, also had roots in the Coal Region, as his dad was from Shenandoah.

Davey Linkchorst knew how to coach, knew how to get the best out of his players and to the utmost degree. As a JV player dressed in rival blue and white, to me his teams were awe inspiring. They would enter the hallowed “township floor” with precision reserved for champions. Wearing those black-and-gold, high-top Converse sneakers, whirling through their layups nary missing one and culminating with a slam dunk by the big man … on this particular evening soon-to-be all-stater Stanley Wlodarczyk.

“Da Bears” rarely lost in the Schuylkill League. They would roll on and on, 22 times in this particular 1964-65 regular season. They would defeat Tamaqua and Pottsville, two teams that were hitched to the old East Penn League where the so called “big boys” were housed.

And Davey Linkchorst was the guy choreographing it all with 10 straight league championships. And in a memorable season featuring Wlodarczyk with his huge wingspan at 6-foot-7 and terrific defensive skills unmatched, this fabled unit came within one win of playing for a state championship, on the biggest stage, before falling to quick, athletic Steelton High.

Keep in mind, Mahanoy was playing in the highest classification — Class A, which is equated to Class 6A nowadays. The year before, the Area was ousted in the district finals by a Catasauqua team led by then-North Carolina-bound Larry Miller, who would go on to become an All-American and played in the defunct American Basketball Association that featured a guy by the name of Julius Erving.

The hoops roots run as deep as an Anthracite coal vein in Mahanoy City. Obviously, Linkchorst not only had that lineage, but he showed the way.

For as much as Linkchorst was noted for his coaching, his first love was the golf course. Davey won several Schuylkill County amateur titles and once had a golden opportunity to play in the U.S. Open as an alternate, but family duties called him away. Even at the tender age of 77 he managed to shoot his age. Heck, half of the golfers can’t break 90. Hackers, if you will.

In the winter months, confined to his home, Davey would take a wedge and hit into a beat-up old chair to maintain that sweet swing. Yeah, the love of his life Mary Lou knew the chair was destined for his practicing. Funny, Davey was so good at controlling his swing, he “never broke” one piece of knickknacks! That truly is amazing unto itself, chipping a golf ball in your own living room.

John Murtin was all about Mahanoy Area. He would ballyhoo his school like the Dorsey Brothers belting out a sweet tune on a trumpet. “Murt,” as he was affectionately known, loved his Bears. He was a man about tradition and trying to preserve it.

For Conrad, the spotlight would shine in a different light. Ed was a God-fearing person, and after attending Stevens Trade School in Lancaster made his way back to the Mahanoy City Record American, where his sports writing career ascended.

Conrad became so good at his skills that he packed his typewriter and headed to the City of Brotherly Love, working first at the Evening Bulletin, then later at The Philadelphia Inquirer. Conrad was lured to the Canadian border and was hired to pen games for the Montreal Canadiens, one of the great franchises in all of sports. For the uninformed, the Canadiens are to Canada what the New York Yankees are to Major League Baseball.

A funny story that blends Conrad and Wolman, when the latter was finalizing the new franchise for the Philadelphia Flyers as the NHL was expanding from a six-team league to 12, Conrad, who was covering the historical event in Toronto, approached Wolman and said, ”I’m from Mahanoy City.”

They formed an instant friendship, long-lost pals, if you will, from the Coal Region. When Wolman asked Ed, “Have you ever held a million dollars in your hand?” Conrad replied no.

Jerry, the practical joker that he was, said, ”Well here’s a check for two million, now you can say that you had that much money in your hand.”

By the way, that was the franchise fee Wolman paid to buy the Flyers.

Life has funny twists and turns.

For Dave Linkchorst, he was a leader of young men that left an indelible mark in the lives of so many young adults, some on the verge of departing us, too.

For John Murtin, he was a man of substance and conviction who maintained pride and dignity in everything he did, who loved young people, boys and girls alike.

For Ed Conrad, he was a man destined to tell stories and did so with a unique writing skill.

Matta is a former writer for The Shenandoah Evening Herald, Pottsville Republican & Herald and Hazleton Standard-Speaker.