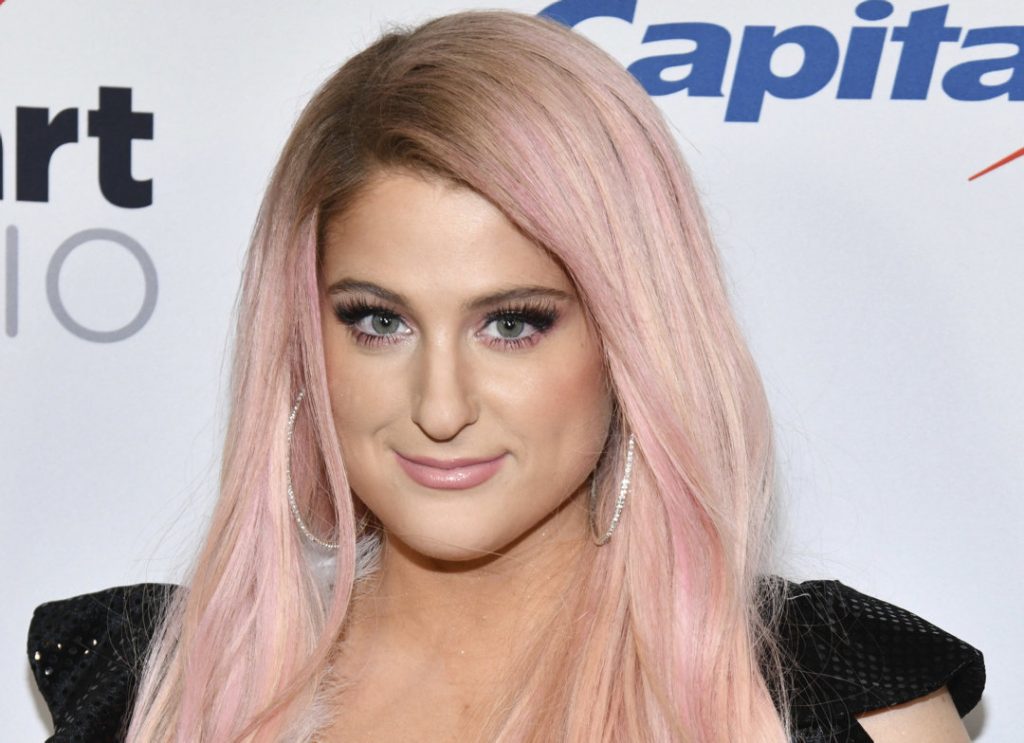 THE NITTY GRITTY: After spending about six years honing her excellent song-craft over four albums (play them in order and you can really hear the progression), it seemed Grimes was ready to cross over and be the pop star she always supposedly aspired to be.

But then, nothing — until now. “Miss Anthropocene” is NOT the record that’s going to send her racing up the mainstream charts. It’s a weird sci-fi/fantasy concept album about climate change. But instead of getting preachy, it turns the issue into an otherworldly party.

Grimes utilizes all of her usual vocal tricks and quirks. The melodies are divine. The beats remain seamless. In other words, “Anthropocene” is simply the artist being herself. And that’s a beautiful thing. It’s damn near impossible to resist the ethereal pull of tracks like “4EM” and “So Happy I Fell Through the Earth.”

THE BAD: Trainor goofed. She kept delaying the album in order to add/delete different songs, forgetting that the mainstream pop world is fickle. “Myself” finally came out earlier this year after a lot of her initial fans moved on to different flavors of the week.

THE NITTY GRITTY: The record is musically adventurous (as far as dance pop collections are concerned). Trainor incorporates elements of EDM, R&B, gospel, hip-hop, pop, retro rock, etc. Her vocals and harmonies are enchanting as usual. And even when certain songs fall short in the lyrical department (“Genetics” is just TOO goofy), the infectious hooks are definitely front-and-center.

As expected, “Myself” is nothing more than a big frothy sugary box of sweet ear candy. Don’t overthink this stuff. That will just lead to feelings of frustration. Check your brain at the door and accept a guilty pleasure like “Evil Twin” for exactly what it is — fun and slightly forgettable.

THE BAD: “Simulcast” is an instrumental companion piece to last year’s “Weather” album. If you thought this guy was too “chill” before, you ain’t heard nothing yet!

THE NITTY GRITTY: Hansen still believes low-key electric guitars are just as important to his mix as the beats and keyboards. On most tracks, the two instruments play off one another seamlessly, splitting up spots up front and complementing each other throughout each piece. The beats underneath cozy up to the melodies above, popping and gliding just forcefully enough to put a slight spring in our step.

The whole concoction is pleasant. Tracks such as “Outer Sunset” and “Into the Woods” snap and soothe all at once. But after a while, very little keeps this stuff from becoming rhythmic background fluff. So adjust your expectations. If you want pure stimulation, you’re not going to find it here. If you want a slightly funky environment in which to enjoy that second latte, party on!