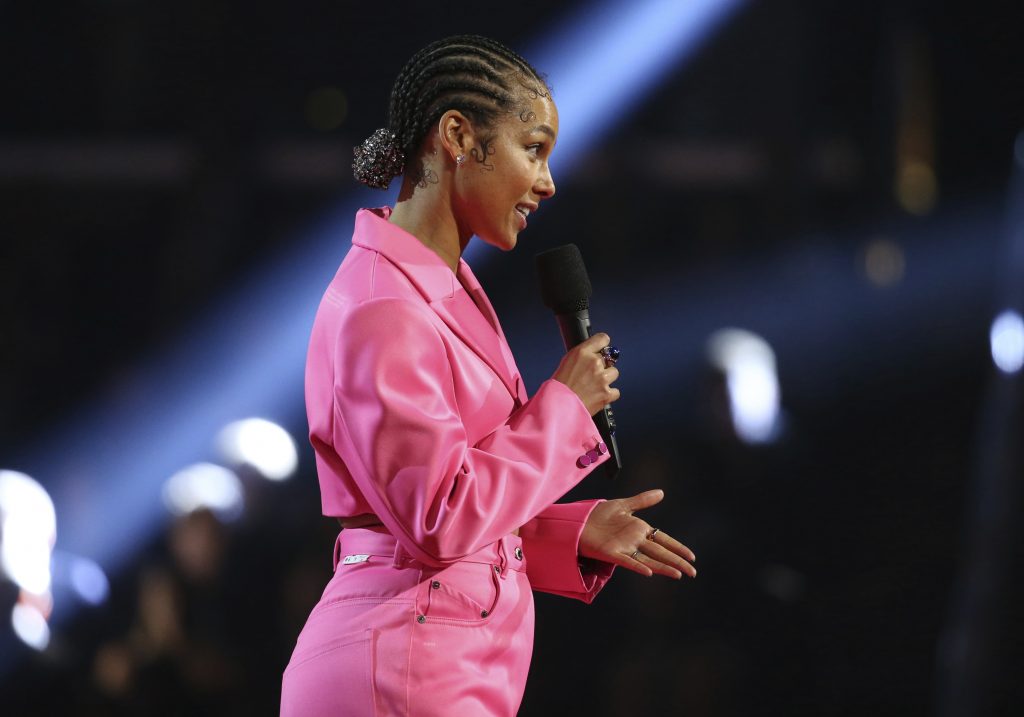 The 6 must-see Grammy moments, from Lizzo to Demi Lovato

LOS ANGELES — Lizzo, Demi Lovato and Tyler, the Creator were among the powerhouse musicians who gave us something to talk about at the 62nd Grammy Awards on Sunday night.

The telecast, hosted by Grammy winner Alicia Keys, was packed with musical moments from veterans and first-time performers. Here are some of the highlights.

Lizzo kicked off the party with a bang in an energetic performance that involved dancers as well as her signature flute.

As Times pop music critic Mikael Wood noted, Lizzo “began the performance with a gutsy rendition of her retro-soul ballad “Cuz I Love You” that showed off the raw in her voice” before transitioning “into the thumping ‘Truth Hurts.’”

Keys took a moment early in the ceremony to serenade the audience and promised she would help everyone get through it all after opening with a tribute to Lakers star Kobe Bryant, who died earlier in the day.

She also appeared to address the recent controversy that has embroiled the Recording Academy over its ouster of new president and CEO Deborah Dugan.

Tyler, the Creator’s Grammys performance debut started off mellow with the artist, joined by Boyz II Men and Charlie Wilson, singing the sweet introduction to “Earfquake.”

But then, as Times reporter August Brown wrote, “Tyler took the reins and drove the show straight into suburban hell” by launching into a fiery and physical performance of “New Magic Wand.”

Lil Nas X re-created “Old Town Road’s” record-breaking Billboard Hot 100 No. 1 streak by inviting all of his collaborators and more for a performance of the genre-defying hit on the Grammys stage.

Among the guests were those who appeared in official remixes, such as K-pop stars BTS, country singer Billy Ray Cyrus, EDM producer Diplo and the young yodeler Mason Ramsey.

“During the show, Lil Nas X cleverly made that revolving-door policy literal, walking from room to room onstage to showcase each version of the single with different guests,” said the Times’ Brown.

Lovato sang a tearful and powerful rendition of “Anyone,” her first performance since her June 2018 overdose. (And a big comeback ahead of her Super Bowl gig next month.)

Lovato’s performance of the song, written just four days before the incident, was accompanied by a piano and was immediately greeted by a standing ovation — and even a nod of approval from Lizzo in the audience.

The mash-up of Ken Ehrlich’s dreams

Sunday’s Grammys ceremony was the swan song for veteran TV producer/director Ken Ehrlich, who has helmed the awards show across four decades.

Over the years Ehrlich has become known for putting together performers from widely disparate genres for the Grammys, so it was only fitting that his tribute was a giant, wild mash-up.