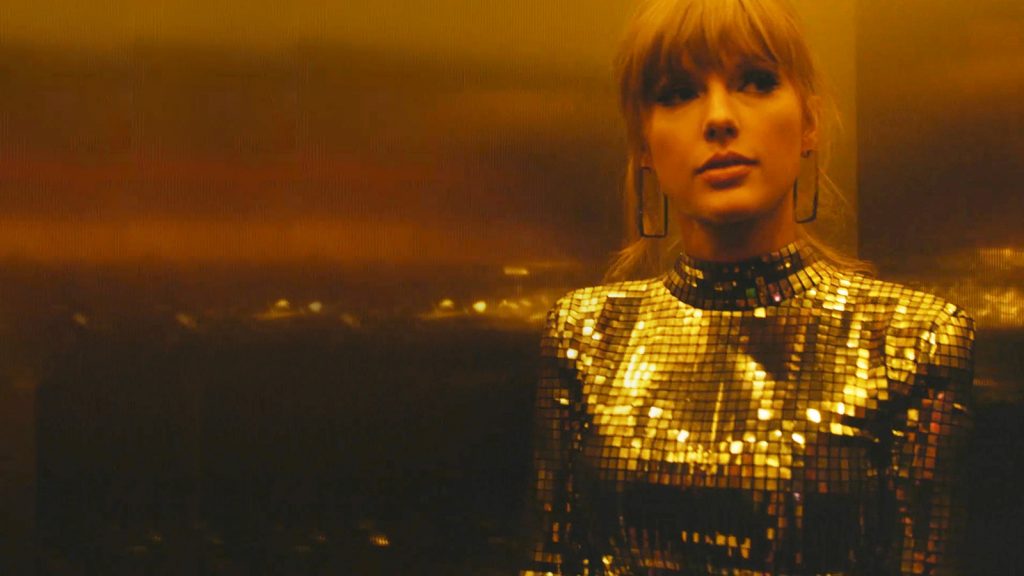 Rise and shine, patriarchy. Taylor Swift would like a word.

On Thursday morning, the pop star debuted her new video for “The Man,” a standout from her recent “Lover” album that doubles as a musical middle finger to the male establishment. Directed by Swift, the video expands on the song’s feminist themes and defiant lyrics.

“I’m so sick of running as fast as I can / Wondering if I’d get there quicker if I was a man,” she sings in the chorus, the camera focusing on a generic-looking guy in a suit (later revealed to be Swift under prosthetics) inconsiderately man-spreading his legs on the train. “And I’m so sick of them coming at me again / ‘Cause if I was a man, then I’d be the man.”

Since the “Me!” hitmaker released her seventh studio album in August, Swifties have embraced “The Man” as a social justice anthem calling out the double standards to which women are often subjected — especially those who are ambitious and high-achieving like Swift.

After rising to fame in her teens as America’s country-pop sweetheart, Swift has often spoken out about her struggles navigating the male-dominated music industry as a young woman. In the song, she alludes to several injustices she’s encountered in her career, including the sexist ways in which the media has covered her many romances and breakups over the years.

“They’d say I played the field before I found someone to commit to / And that would be OK for me to do,” she speculates in the first verse as her unrecognizable masculine alter ego barks orders at smiling employees. “Every conquest I had made would make me more of a boss to you.”

Later, she ponders, “When everyone believes you, what’s that like?” which could apply to anything from the artist’s heated catalog war with her former record label to her legal battle with a radio DJ found guilty of groping her in 2013. Both cases involved men who challenged her credibility on a public stage.

“They wouldn’t shake their heads and question how much of this I deserve,” Swift sings, the video’s “Man” now taking a phone call on his yacht, surrounded by several bikini-clad, model-type women. “What I was wearing / If I was rude / Could all be separated from my good ideas and power moves.”

The remainder of the video illustrates various perks of male privilege, featuring a disguised Swift receiving high-fives and applause for doing the bare minimum or escaping criticism no matter how poorly she treats the people around her. At the end, the camera zooms out to reveal a prosthetics-free Swift in the director’s chair, giving notes to her male star — who is voiced by the famously macho Dwayne Johnson.

“Pretty good,” she tells him, before echoing a familiar line. “Could you try to be sexier, maybe more likable this time?”