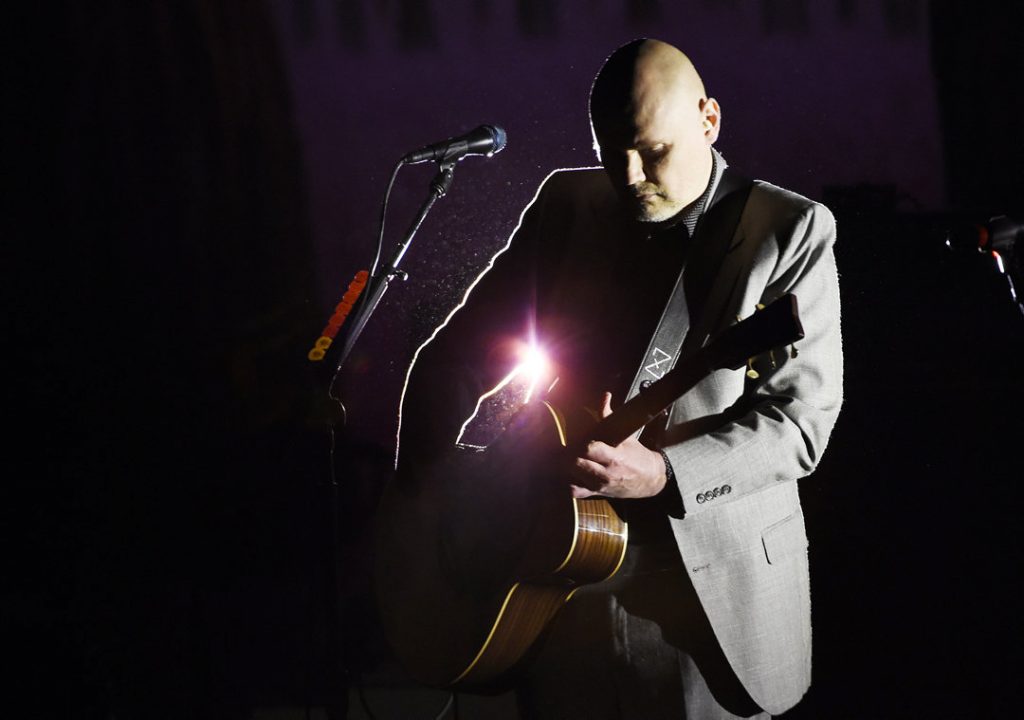 Some music legends shine brighter than others

THE NITTY GRITTY: Singer/songwriter/guitarist Billy Corgan really wants you to embrace the Pumpkins again. So he’s brought back the other two extremely important players in the band’s history — drummer Jimmy Chamberlin and guitarist James Iha. But here’s the problem. If you just listened to the album, YOU’D NEVER KNOW Chamberlin and Iha were even in the room.

This is still Corgan’s show. Everyone else may just as well be hired hands (they probably are). And this time, he’s demanding 20 songs that combine alt-rock and synth-heavy Gothic pop overtones. So “Cyr” doesn’t sound all that different from everything else the band has released since reforming circa 2007.

The record has some decent tracks. Songs such as “The Colour of Love” and “Save Your Tears” are at least interesting combinations of the elements Corgan brings together. But these days, 72 minutes is too much Pumpkins; a sameness takes over around the 40-minute point.

THE GOOD: Green Day frontman Billie Joe Armstrong recorded a bunch of covers while under quarantine.

THE BAD: An unnecessary release? Maybe, but the collection is more enjoyable than it should be.

THE NITTY GRITTY: Two years ago, when Weezer scored a hit covering Toto’s “Africa” and then released its “Teal” covers album, I yawned. The new versions of pop classics by people like A-Ha, Michael Jackson and Tears for Fears weren’t particularly engaging or all that innovative. “Teal” easily became well-paced background noise.

I was expecting the same here. But because Armstrong was trying to connect with fans during the pandemic (these tracks slowly released last year on Green Day’s YouTube page), there’s a palpable energy and “sense of purpose” to the music. “Monday’s” ends up an energetic mix tape as the guy runs through upbeat stuff originally done by people like the Bangles, Wreckless Eric, Kim Wilde and Billy Bragg. Don’t overthink matters, and despite the collection’s title, you might just have fun.

THE GOOD: Paul McCartney gives us his 15th solo album (not counting Wings releases) and the third in his “McCartney” series.

THE BAD: Those familiar with “McCartney” (1970) and “McCartney 2” (1980) know these records can be weird and self-indulgent. That’s NOT bad though.

THE NITTY GRITTY: My personal favorite is still the new-wave heavy “McCartney 2.” That set found the ex-Beatle flirting with all the goofy tricks the early ’80s had to offer. Now, “3” isn’t so much about McCartney ripping off Billie Eilish or the Weeknd but rather simply having fun and experimenting in his home studio. The end result? You can either like it or lump it.

Perhaps the only stumbling block here is the 8-minute plodding blues-rocker “Deep Deep Feeling.” Everything else seems to click, whether it’s the loopy pop of “Find My Way,” ornate and pretty “Kiss of Venus” or downhome, folksy “Winter Bird/When Winter Comes.” Considering the guy turns 79 this year, he’s still wildly creative. “McCartney 3” proves it.