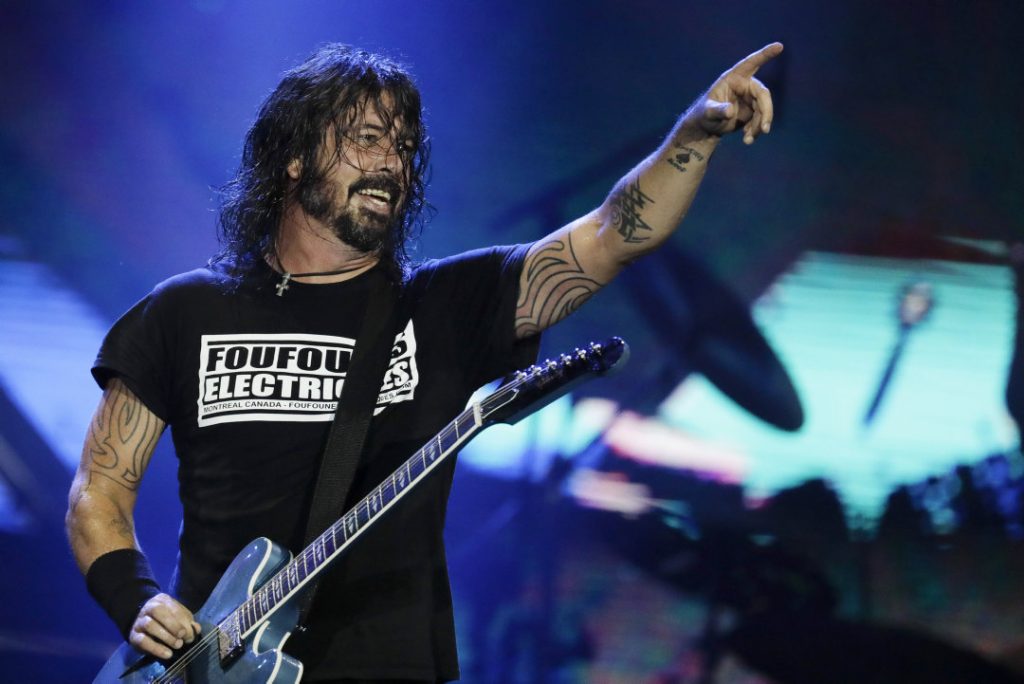 THE GOOD: Brooklyn indie storytellers the Hold Steady come back with their eighth.

THE NITTY GRITTY: Frontman Craig Finn still spins tales of addiction, hard times and the occasional light at the end of the tunnel. Keyboardist (and the group’s most accomplished musician) Franz Nicolay makes sure the backdrops are just as engaging as the narratives out front. “Open Door Policy” ends up your typical Hold Steady set.

However, it’s probably the group’s best in quite some time. Nicolay and the band switch up the settings, moving from the jittery nervousness of “Unpleasant Breakfast” to the slick power pop effortlessly carrying “Riptown.” “Family Farm” recalls a frustrated youth with a fair amount of abrasiveness. The layered “Heavy Covenant” is more on the eerie side. No two musical moments seem similar, which isn’t particularly easy on a Hold Steady record. Finn usually focuses on his characters and their actions; his rambling singing style rarely is a source of big, bold melodies.

THE NITTY GRITTY: The Foos’ first three albums all had distinct personalities and a reason to exist. Since 2002’s “One By One,” the group’s been making the same record over and over again. Dave Grohl tweaks the formula ever so slightly each time. The group picks up the occasional rock Grammy Award (I’ll predict RIGHT NOW “Medicine” gets a nomination next year). But like Grohl’s previous band once sang, “Oh well, whatever, nevermind.”

“Medicine” was supposedly recorded in a haunted house (the most interesting fact about this release) and finds a little funk running through some tracks. Tunes such as “Making a Fire” and “Shame Shame” shake your hips. The title cut is catchy. Driving closer “Love Does Young” could become a concert highlight. Overall, though, we get another somewhat enjoyable yet very predictable set from a band offering something slightly above “going through the motions.”

Kings of Leon — ‘When You See Yourself’

THE GOOD: Tennessee rockers Kings of Leon return with their eighth (first in five years).

THE BAD: Was their music EVER captivating?

THE NITTY GRITTY: Like the Foo Fighters, Kings of Leon is all about keeping the brand alive. There could be a lot of people on that payroll. Gotta make a record. Gotta tour (whenever this pandemic thing finally ends). It’s about time it churned out another batch of serviceable tunes.

“See Yourself” finds the band working with producer Markus Dravs (Coldplay, Florence and the Machine, Mumford and Sons) again. He produced 2016’s “Walls.” The new album isn’t all that different from its predecessor. So if you dig textbook mid-tempo rockers with OK riffs and melodies that attempt to soar, this is the record for you. Hey, it’s also available in a new format — NFT, a type of cryptocurrency. Whoop-de-doo! Kings of Leon. Same as it ever was.

BUY IT?: You already did. A few times before.