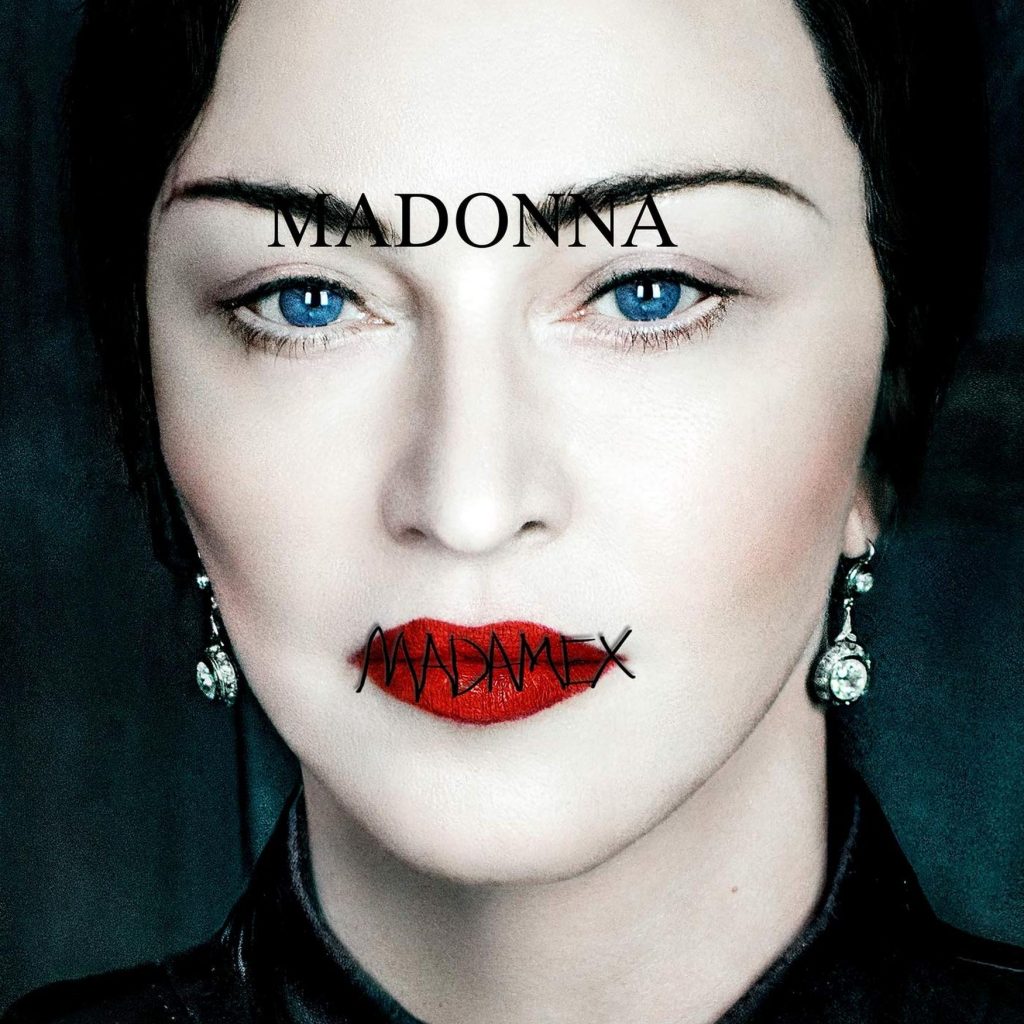 THE GOOD: Pop legend Madonna returns with her 14th.

THE BAD: It’s official. Madonna has run out of good ideas.

THE NITTY GRITTY: The first album released by the singer after she turned 60, “Madame X” feels like a desperate stab at relevance in an ever-changing mainstream landscape. Five of the tracks feature guest vocalists. Much of the collection drowns in autotune.

The record was largely inspired by Madonna’s relocating to Portugal in 2017 but gets bogged down by a concept of sorts, Madame X being both a character and a collection of various personas. Some parts get wildly experimental, but not every venture works. The synthesized Tchaikovsky of “Dark Ballet” is just ridiculous. The political posturing on “Killers Who Are Partying” comes off like a 14-year-old ranting at a poetry slam. “I Don’t Search I Find” is a watered down retread of “Vogue.” Electronically speaking, if Major Lazer made a very flat and uninspired album, it would be “Madame X.” Here’s hoping the next one isn’t so disjointed.

THE BAD: Perhaps “Young Enough” loses some momentum across its middle, but the record quickly recovers.

THE NITTY GRITTY: Fronted by the pixie-voiced but tough-as-nails Eva Hendricks, the band touches upon several melodic influences dating back to the peak days of ’80s new wave right up to today. One detects echoes of past heroes such as Blondie and the Cars, long-time faves such as Weezer and Rilo Kiley, and contemporary buds Cherry Glazerr and Hop Along.

From the slow build of opener “Blown to Bits” right through to soaring closer “The Truth,” the hooks never waver and the energy level rarely dips below a playful roar. Even more somber bits such as the serious title cut or gloomy, fragile “Hurt Me” remain fantastic pop songs at their core. “Young Enough” further polishes the Charly Bliss style and identity. I actually wouldn’t mind five more just like it.

THE BAD: “Reward” is very … um … rewarding, but you have to put in some effort.

THE NITTY GRITTY: This is a strange collection. Le Bon knows how to explore vast musical territories encompassing everything from folk to post-punk to ambient. Dirty Projectors crosses paths with Stereolab. Big Thief dances with Super Furry Animals. Anna Calvi trades riffs with St. Vincent. It’s a lot to drink in.

However, the end results are weirdly mesmerizing, with the music comforting and unnerving all at once. Le Bon tosses a sing-song pop hook at you one moment and then goes off on a complex instrumental tangent the next. Saxophone blasts weave in and out of nontraditional guitar riffs and whirring keyboards. Beats can either be rudimentary or funky. Le Bon’s vocals flip from soothing to hyper. You never know what’s around the next corner within her isolated world. You wouldn’t want to live here, but it’s a fascinating place to visit.