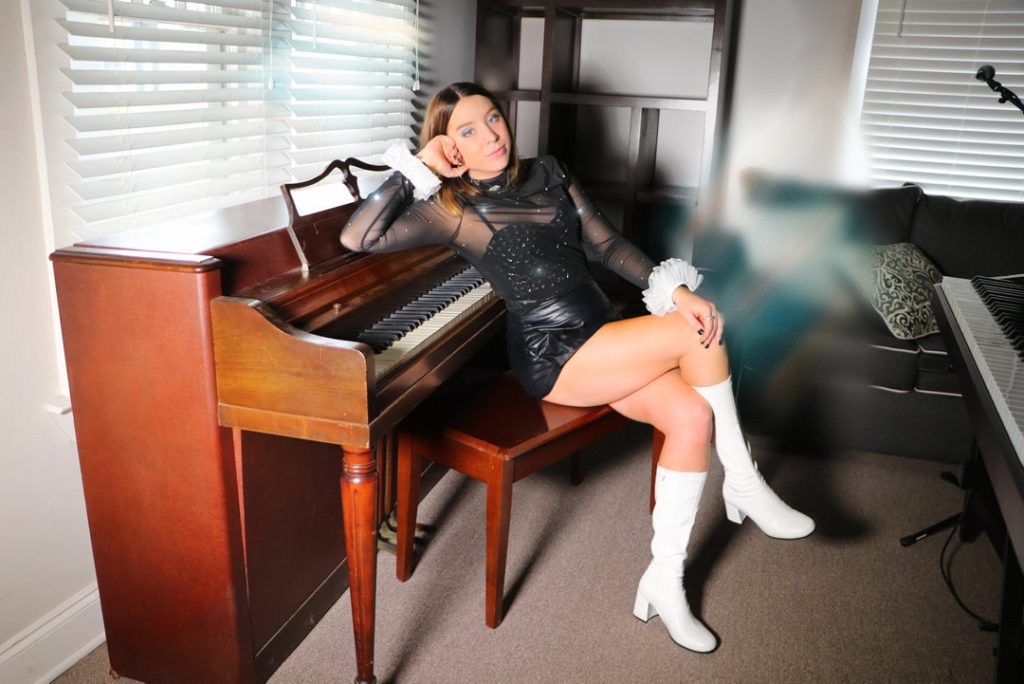 Alyssa Lazar felt the draw of music as a toddler, and now the 22-year-old Clarks Summit native is ready to release a single off her upcoming five-song EP.

“The One He Told You Not to Worry About” comes out Wednesday, Oct. 28, on Spotify, Apple Music, iTunes, Amazon, Tidal and Deezer, and she expects the as-yet-untitled EP to follow around March. Visit https://cmdshft.ffm.to/tohtyntwa for details.

“This song is about the moment of confrontation with somebody who used to be with the person you’re with now, on the surface,” Lazar said of the single. “In the context of my EP, it’s more about taking your place in the world unapologetically, despite who didn’t like you or who doubted you.

Lazar started singing at age 3, and while attending Abington Heights School District, she often performed at Junior Comets football games at a young age. At 15, she started singing professionally at First Friday and First Night events in Scranton, and she recorded her first EP as a 16-year-old at SI Studios in Old Forge.

After graduating from Abington Heights in 2017, Lazar moved to Nashville, where she studies commercial music with a songwriting emphasis at Belmont University.

“I didn’t know my sound when I first moved to Nashville, which I didn’t realize,” Lazar said. “Nashville is known for country music, but I realized country music wasn’t the genre for me. I figured out that piano was a huge part of who I was, and I realized how shaped I was by Elton John, Billy Joel and other piano-influenced rockers.”

Lazar often performs on piano in Nashville, including at the NashHouse, Belcourt Taps, the world-famous Bluebird Café and many other spots. She also participates in the Nashville Tour Stop, which has weekly music events for a lot of singers and songwriters.

In the wake of coronavirus shutdowns, Nashville has reopened many of its venues with safety restrictions in place.

“Re-opening has been interesting,” Lazar said. “The shows aren’t as wild anymore, and you have to bring your own equipment to the shows.”

While she has played some Nashville shows, Lazar has not been able to book any gigs in the Scranton area recently but hopes to. In the past, she has played locally at Andy Gavin’s, Level’s Bar and Grill, and Crotti’s on Ash.

In the meantime, the public can stay up to date on Lazar’s music career by following her various social media accounts.