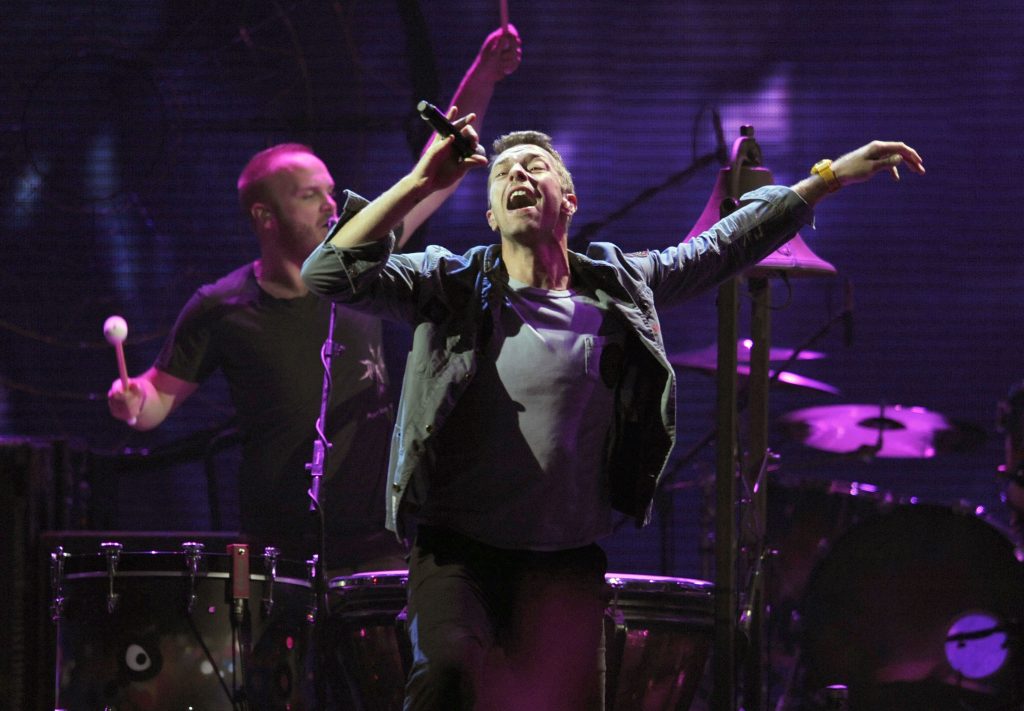 THE NITTY GRITTY: Definitely NOT as jubilant as 2015’s “Head Full of Dreams,” the new record oftentimes is a political downer offering only tiny sparks of hope. Chris Martin and company go down all the predictable routes, giving us songs about refugees (“Orphans”), gun control (“Guns”) and racial profiling (“Trouble in Town”). These themes get used a lot these days, so it was only a matter a time before the “Viva la Vida” guys got around to it.

But Martin was never the best lyricist in the room, so sometimes the messages feel slightly misguided or pandering. Musically though, “Life” strips the band down to its bare essence. The flashy studio polish used to create so many past radio hits is deeply hampered, so we end up with one of Coldplay’s most intimate works to date. “Life” definitely separates itself from the existing catalog.

THE GOOD: Arizona indie rockers Jimmy Eat World wrap up a quarter century of releases with their 10th.

THE BAD: Depends on YOU. “Surviving” is a pretty typical album from the band. Longtime fans will be pleased. Past detractors won’t be converted. It’s business as usual.

THE NITTY GRITTY: One has to admit that “Surviving” definitely is an appropriate title, especially in today’s ultra-fickle pop/rock climate. These guys began their career during the early days of emo, and their sound later encompassed everything from power pop to straight-up hard rock. After switching bassists way back in 1995, the band has even managed to keep its lineup fully intact.

“Surviving” is a tight 37 minutes that sticks to the formula. You get your instantly infectious moments (“Criminal Energy” and “One Mil”) followed by some darker, more introspective stuff on the back end (“Recommit” and grand closer “Congratulations”). There are very few surprises here, but the band doesn’t sound tired. And this really is a STRONG collection of songs.

THE GOOD: California punks Green Day throw a party on their 13th.

THE NITTY GRITTY: Overall, “Father” is a no-nonsense, fun power pop album that keeps it loud, catchy and apolitical (odd for a punk band these days). We get 10 energetic tracks doing their job in just over 26 minutes.

Forget you’re listening to Green Day, and you’d swear this is a damn good mixtape found buried in the glove compartment of your older brother’s car. “Oh Yeah” is built around a familiar Joan Jett sample. “Stab You in the Heart” comes eerily close to the Swinging Blue Jeans’ “Hippy Hippy Shake.” Sometimes Billie Joe and company sound like the Hives. Other times, they resemble classic (International) Noise Conspiracy.

All throughout this set, it’s clearly all about hooks, riffs and backbeats. Never mind the bluster and concepts of “American Idiot” or “21st Century Breakdown.” Boys will be boys, and these guys now want nothing but a good time.