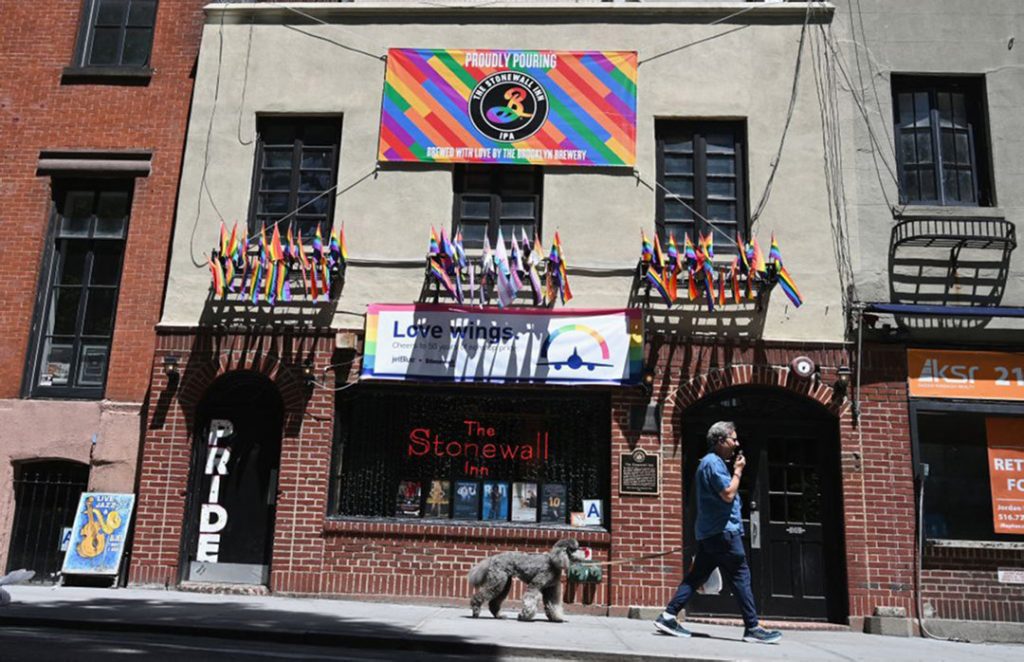 What to watch to celebrate LGBTQ Pride’s roots in protest

This year’s Pride month kicked off amid nationwide uprisings over George Floyd’s killing, racism and police violence. It’s a reminder that the modern LGBTQ rights movement and Pride celebrations wouldn’t exist without protests.

During a raid at the Stonewall Inn in New York City some time after midnight on June 28, 1969, the LGBTQ patrons and community finally rebelled against the police and the existing laws that had long denied their humanity. The mafia-owned bar was located in the Greenwich Village area of Manhattan and was one of the few places where LGBTQ patrons could gather despite frequent raids.

The Stonewall riots led to protest marches and a more organized LGBTQ movement.

With many Pride events canceled due to the coronavirus outbreak, Christopher Street West, the organization that produces Los Angeles Pride, announced last week that this year’s celebration in LA will be a Black Lives Matter solidarity march on June 14. The organization had initially planned to hold a slate of virtual events.

Here are a few documentaries and TV shows that honor the LGBTQ movement’s roots in protest and connects its history to current events. This list is just meant to be a starting point.

This 2010 documentary is essentially an oral history from some of those who were at the Stonewall Inn on the night of the police raid that sparked a rebellion. Through interviews with patrons, activists, journalists and even the police inspector who led the raid, the film offers some context on the social climate and attitudes toward the LGBTQ community during that time.

It then gets more specific about the events preceding and following the uprising, when LGBTQ people finally pushed back against the police and started a movement. Some of the language is a bit out of date, and there is a noticeable lack of diversity in the voices represented, but it’s a good starting point to learn about the event.

Also worth checking out is comedian Crissle West’s retelling of the story in an episode from “Drunk History.” This segment centers the story on Marsha P. Johnson, one of the trans women of color at the forefront of the event.

“The Death and Life of Marsha P. Johnson”

A fixture in New York’s LGBTQ community, Johnson was found dead in the Hudson River in 1992 and police at the time ruled the death a suicide. Many still doubt that determination, and this documentary follows trans activist Victoria Cruz as she investigates the case. The film also touches on the violence trans women still face.

The documentary’s 2017 release was met with controversy when transgender filmmaker and activist Reina Gossett accused filmmaker David France of stealing her work to create it. France denied the claim, but the broader issues raised about who is telling (and profiting) from stories about trans women of color still remain.

“Pay It No Mind — The Life and Times of Marsha P. Johnson,” featuring interviews with Johnson and her friends, is also available to view online for free.

“Brother Outsider” is a 2003 documentary about Bayard Rustin, an openly gay activist and organizer whose involvement with the civil rights movement dates back to the 1940s. Known to be one of Martin Luther King Jr.’s friends and mentors, Rustin helped organize the March on Washington where King delivered his famous “I Have a Dream” speech.

For more about Rustin, also check out “Bayard & Me,” a documentary short featuring Rustin’s partner, Walter Naegle, discussing their relationship and how they maneuvered existing systems to gain some legal protections for their relationship. “Bayard & Me” is available to view online for free.

This 2017 documentary is considered the spiritual sequel to “Paris is Burning,” the seminal 1990 film about the drag queens of New York’s ballroom scene in the 1980s. “Kiki” centers on the eponymous subculture of New York’s underground ball scene, and it is more explicit in its politics to show the lived realities of these black and brown queer youth. It is also frank about how the mainstream LGBTQ movement does not adequately recognize or address issues vital to queer and trans people of color.

In addition to “Paris is Burning,” consider delving into the world of “Pose,” the FX drama series about ball culture in the ‘80s and ‘90s.

“United in Anger: A History of ACT UP”

This documentary about the AIDS activist movement is told by people fighting on the frontlines. Co-founded by activist and playwright Larry Kramer, the AIDS Coalition to Unleash Power was pivotal for visibility and direct political actions for the fight against the pandemic. The film captures the rage and the urgency that drove the activists in the early days of the movement as they planned and executed some of their actions to call out government neglect while just trying to survive.

“Visible: Out on Television”

Exploring how media representation both reflects and shapes societal views of the LGBTQ community, this series revisits every major milestone of queer visibility on TV. It also frames landmark moments in the broader and oftentimes problematic cultural context.

This unscripted series follows “RuPaul’s Drag Race” alums Shangela, Bob the Drag Queen and Eureka as they travel to small towns across the U.S. to put on a one-night-only drag show with members of the community. The show highlights that despite shifting attitudes and recognition of legal rights, queer people who live outside of bigger cities with more vibrant LGBTQ communities still face obstacles just because of who they are.