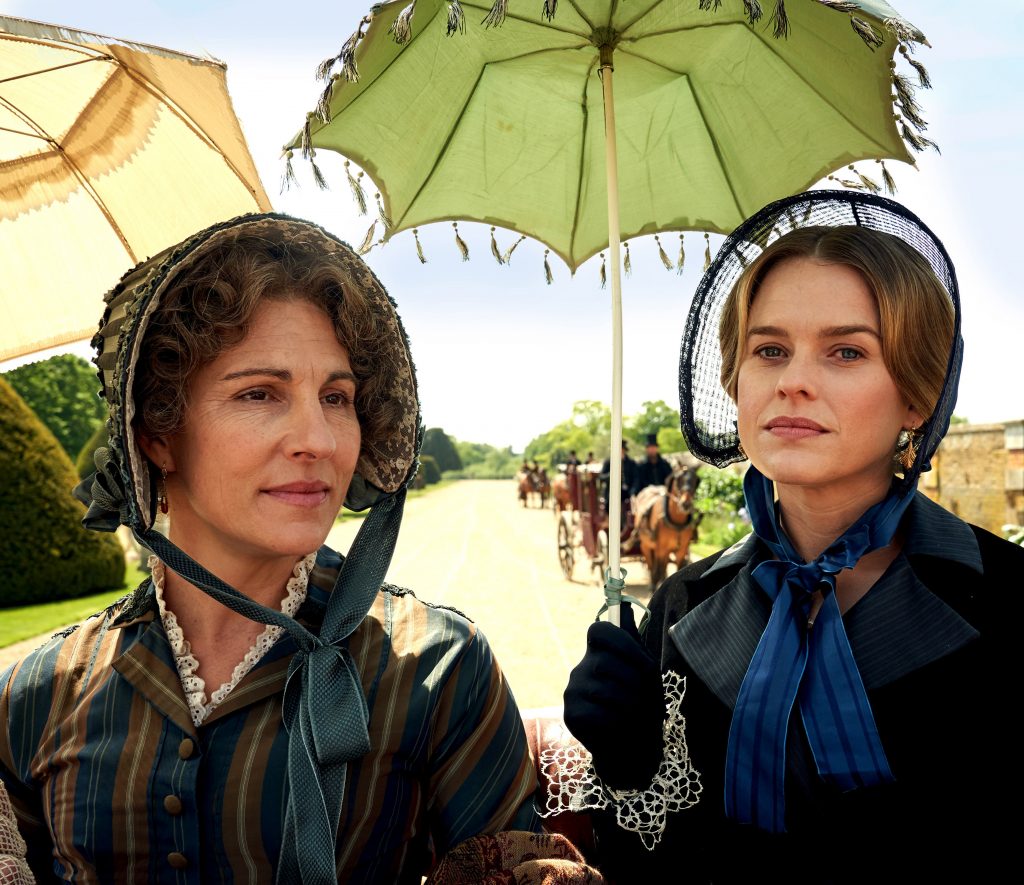 Every few months we run into a week bursting with premieres. The week of April 12 is one of those, from the debut of meh romantic drama “The Beauty and the Baker” (10 p.m. Monday, ABC) to romantic comedy thriller “Run” (10:30 p.m. Sunday, HBO) to the return of the hilarious vampire comedy “What We Do in the Shadows” (10 p.m. Wednesday, FX) to an episode of “Celebrity Ghost Stories” (10 p.m. Wednesday, A&E) featuring former Steelers quarterback Terry Bradshaw.

And then there are these four premieres:

From Julian Fellowes, writer of “Downton Abbey,” comes this darker and more downbeat period drama based on Fellowes’ novel of the same name.

Sure, it’s lush with costumes and locations that look like “Downton” and the score by “Downton” composer John Lunn sure sounds like the popular manor house drama, but “Belgravia” (9 p.m. Sunday, Epix) is more focused on secrets and lies; it’s less of a soapy delight.

Still, Anglophiles will surely appreciate this limited series, particularly the strong performances from the women who lead the cast, Tamsin Greig (“Episodes”) and Harriet Walter (“Succession”).

The story begins in Brussels in 1815 at a legendary ball just before the Battle of Waterloo. It then fast-forwards 26 years later as Anne Trenchard (Grieg) finds she can no longer keep a family secret and confides in Lady Brockenhurst (Walter), setting off a chain reaction that’s not quite enough story to fill six episodes without giving the series a sometimes plodding pace.

From its start, awesome as it was, “Killing Eve” (9 p.m. Sunday, BBC America and AMC) suffered from a built-in flaw that’s more pronounced than ever in its third season: Once MI6 agent Eve (Sandra Oh) tangled with, confronted and was seduced to a degree by creative, seductive killer Villanelle (Jodie Comer), it was going to be impossible to keep their push-and-pull going in any sort of credible way — especially after each tried to murder the other.

By the end of season two the cat-and-mouse game became untenable even as Eve became more Villanelle-like, which only ruined what drew audiences to Eve’s cool but unhip professionalism.

Villanelle long ago upstaged Eve as the more interesting character and Season 3 opens with two intriguing pairings for Villanelle in the first two episodes. Unfortunately both are instantly abandoned.

Instead the writers use a contrivance viewers will see coming miles away to pull I’m-done-with-all-this Eve back into the game. It’s an eye-roll-worthy plot turn.

The acting remains impeccable, the costumes amaze, the locations offer beauty shots galore. Maybe for some viewers that’s enough. But it’s tough to get past the unbelievable relationship at the show’s core.

Set in the 1970s, “Mrs. America” chronicles the movement to ratify the Equal Rights Amendment and the backlash led by Schlafly, who maintained it denigrated homemakers and fearmongered that it would result in women being drafted to fight in the Vietnam War.

“Mrs. America” doesn’t set Schlafly up as a strawman villain. It would be easy to make Schlafly a one-dimensional scold; instead “Mrs. America” paints her as a recognizably human character, a shrewd political operator who cloaks herself in moral superiority.

While “Mrs. America” feels current amid the #MeToo movement — there’s a story about sexually harassing congressmen, and criminally convicted Trump cronies Roger Stone and Paul Manafort make cameos — it’s also an eye-opener. It shows that political parties were once less ideologically rigid, particularly when it comes to Ruckelshaus: a pro-choice, proudly feminist Republican.

But first: Hilariously and thought-provokingly, “The Good Fight” explores an alternate reality where Hillary Clinton was elected U.S. President in 2016 instead of Donald Trump. Turns out there are some surprising drawbacks and trade-offs with this scenario (the episode was filmed before the current pandemic).

Subsequent episodes return to not-quite-business-as-usual due to firm politics and a conspiracy involving the judiciary and the mysterious Memo 618 as the show takes a cue from Washington reality, cleverly exploring a world in which subpoenas can simply be ignored. “The Good Fight” will air five or six episodes of its planned 10-episode fourth season before it runs out of originals due to the COVID-19 production shutdown.

CBS’s freshman legal drama “All Rise” will produce an original episode set during the pandemic. It will be filmed using FaceTime and Zoom in the star’s homes with visual effects used to create backgrounds. The episode will air at 9 p.m. May 4.

“Archer,” which was due to premiere its 11th season May 6th on FXX, has been delayed until later this year due to the pandemic.

A recording of the theatrical production of Phoebe Waller-Bridge’s “Fleabag,” which inspired the series of the same name, will be available on Amazon Prime Video for a 48-hour download for $5 on April 10 to benefit United Kingdom charities.

Fox will air a ”Masked Singer” after-show, hosted by Nick Cannon from a virtual stage, for four weeks at 9 p.m. Wednesday starting April 22.

Fox renewed animated comedy “Duncanville” for a second season and canceled drama “Deputy” after one season.

A “Doogie Howser, M.D.,” remake with a teen girl as its lead, ”Doogie Kealoha, M.D.,” is in development at Disney+ with University of Pittsburgh and Carnegie Mellon University grad Kourtney Kang (“How I Met Your Mother”) writing the script.

NBC’s ‘Blindspot” returns for its 11-episode fifth and final season, completed before the pandemic shutdown, at 10 p.m. April 30th. … Steve Carell’s new comedy series from the creator of ”The Office,” ”Space Force,” will costar Lisa Kudrow and premiere on Netflix May 29. … Pittsburgh artist Johno Prascak will have three pieces — a sun, sunflower and butterfly — in the April 16 episode of NBC’s “Will & Grace,” hanging on a town square set.