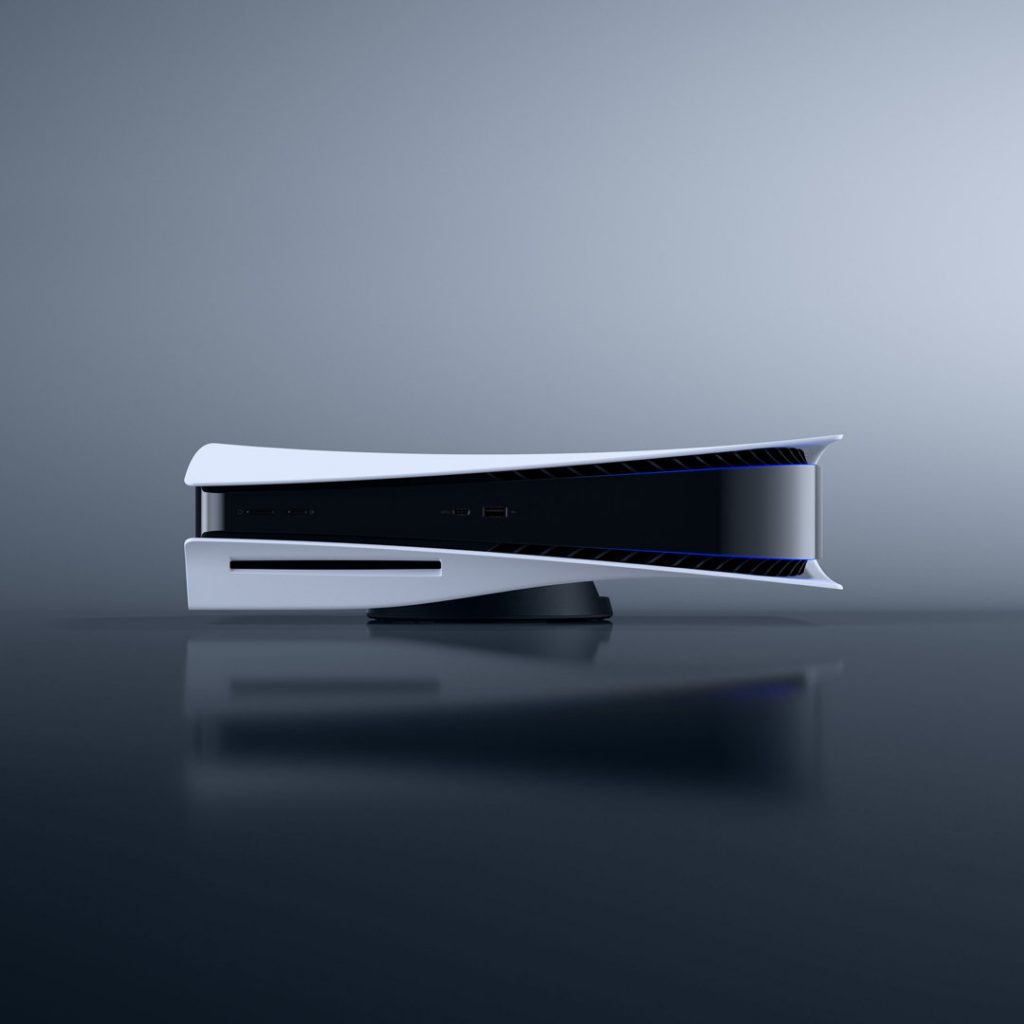 Review: PlayStation 5 feels like a luxury item, but it’s worth the investment

It’s hard to say whether this is a terrific year to release new video game consoles or a terrible one, but at the very least, it’s an interesting one. Both Sony and Microsoft are vying for hundreds of your dollars this year, releasing new systems that are significantly bigger, better and faster than their predecessors.

On one hand, the video game industry has enjoyed strong sales this year in part due to the large number of people staying home and needing things to do during lockdown. On the other, devastating layoffs and an uncertain economy could mean that fewer people are going to be comfortable with the prospect of spending hundreds of dollars on new hardware, not to mention games.

But if you do have the money, and you do want something to keep you occupied while you stay inside, Sony’s PlayStation 5 has shaped up to be a worthwhile investment.

It’s a massive box, physically speaking, whether you get the $399 digital-only model or the ever-so-slightly-larger $499 model that has a disc drive. Within that box is a lot of power that is guaranteed to see us through many years of games, from titles available on day one like the new Spider-Man and Assassin’s Creed to experiences further in the future, such as Final Fantasy XVI. But you don’t have to rely solely on brand-new games, because the vast majority of the games you have purchased for the PS4 over the last seven years will also work, whether you put in a disc, plug in an external hard drive or just redownload them from the PlayStation Store.

It’s also a relatively quiet box, at least so far. While the PS4 fans could sound like a jet engine taking off when put under pressure, the PS5 has been barely audible over two weeks (and counting) of playing games. It will definitely take up a lot of space in your living room, and it might even force you to reconsider your entertainment center layout, but at least it won’t drown out your game’s audio.

The PS5 1/4 u2032s retail box touts not only 4K gaming, but 8K, despite the fact that almost no human on the planet even has an 8K TV at this point. It’s probably worth saying that sheer graphical fidelity is less likely to be the single system-selling “wow” factor for as many people as it used to be. Don’t get me wrong, games look very good on the PS5 and will only get better in the years to come, but we’re past the point of diminishing returns, here, and the visual differences are more subtle. Performance matters more, with high frame rates often being the biggest bullet point in games making the jump from an old console to the new.

So if the graphics aren’t the thing that have had me glued to the system for the past two weeks, what are the key selling points? For me, there are three big ones:

From the main menu of the PS4 version of Marvel’s Spider-Man: Miles Morales, it takes about 22 seconds to load your game and start swinging around New York.

On the PS5 version, that same transition takes about three seconds.

Within the game itself, the PS4 version has to spend time loading up new areas every time you go into a villain’s underground lair or fast-travel from one end of the map to the other. On the PS5, these load times are virtually nonexistent — once you’re playing, you don’t ever have to stop.

While not all PS5 games have managed to kill loading times across the board, the improvement is a big deal. Over the past couple of decades, gamers like me have developed an instinctual habit of picking up our phones to check Twitter or email multiple times while games are loading, and some games can take well over a minute just to boot up. The collective time savings from this improvement on the PS5 is impressive. As the father of an 18 month-old, every minute of my free time that I can spend actually playing a game instead of watching a loading screen is highly appreciated.

The downside? The top-of-the-line solid state drives that allow for this speed don’t come cheap. The PS5 comes with only 825GB of disk space out of the box (not all of which is usable, and it could all go fast, as some single games can eclipse 100GB on its own), and expandable storage options won’t come cheap either — at least not until the prices on NVMe SSDs start dropping.

Sony’s new DualSense controller itself feels like a premium product. While its form factor will feel mostly familiar in the hands of any longtime PlayStation fan, it’s packed with a surprising number of cool new tricks that set it apart from anything that has come before.

The coolest of those tricks is in the triggers. The PS5 controller has what Sony calls adaptive triggers that change on the fly based on the game you’re playing. In practice, this means you can physically feel different levels of tension in your fingers depending on the scenario you’re presented with.

For example, in Astro’s Playroom, a free pack-in game designed to show off the controller in all its glory, you can hop into a rocket ship-like suit that’s controlled by pulling the left and right triggers for the left and right thrusters. When in this suit, pulling in the triggers requires more force than it would normally, which not only helps you feel like you’re controlling a powerful object, it also helps you fine-tune how much power you’re actually giving to each thruster.

Going hand-in-hand with the triggers is the overhaul of haptic feedback in the entire controller. Game developers can now target individual areas of the controller with surprising precision in order to make you feel different sensations in your hands. My personal favorite: In an Astro’s Playroom level in which it is raining on you, the sensation felt in the controller is not unlike the feeling you would get if you stick your hand outside and felt little droplets of water hit your palm.

Returning features such as motion control and an embedded speaker add up to a controller that is shockingly impressive. If developers continue to make full use of this hardware, the controller alone might be a reason for me to decide whether to play a multiplatform game on the PS5 as opposed to a different console or PC. 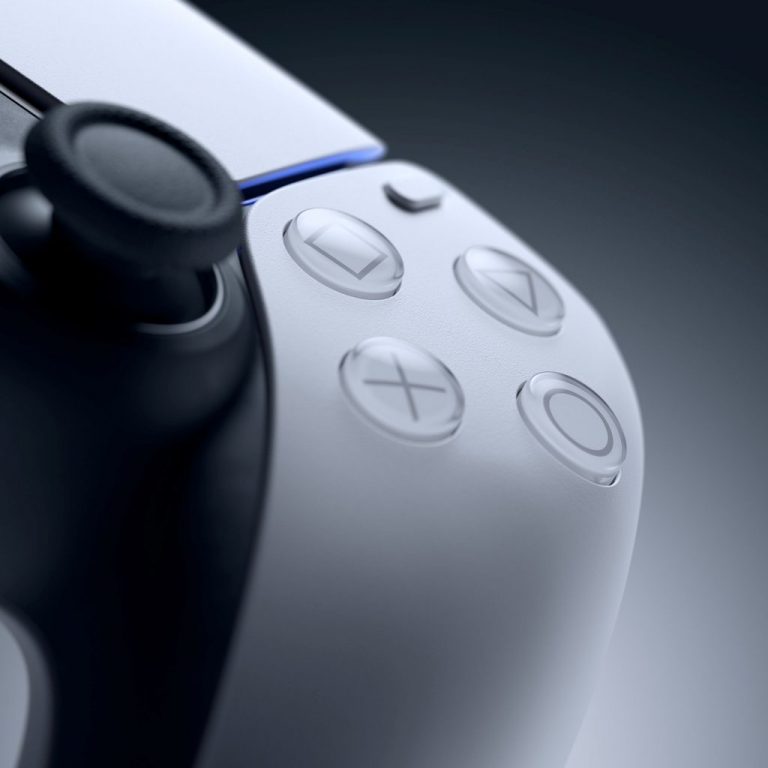 While I downplayed graphics earlier in this review, there is one visual trick that’s too good not to mention: Ray tracing. An explanation of the technical specifics of what ray tracing is would be an article in and of itself, so here’s the very short version: It’s a newer way of rendering light in digital spaces to more accurately reflect how light behaves in the real world.

The most immediately noticeable areas where ray tracing makes a difference are in reflections. Take Spider-Man, for example. When swinging or crawling past glass windows and other shiny surfaces, you can see a pretty stunning reflection of New York city behind you, complete with any objects and people that might be back there. While the PS4 version of the same game does have some nice reflections on these surfaces, they have a tendency to break down and look uglier (if not outright mangled) as you get in closer. Ray tracing takes a lot of system power to pull off, but its effect can be impressive.

Yes, $400 to $500 is a lot to ask for a lot of people, especially this year. On top of that, the majority of this year’s biggest game releases, like Call of Duty, won’t require a new console at all, as they are also coming out on the PS4 and Xbox One. In fact, the PlayStation 5 only has two notable “true” exclusives this year: Sony’s own Demon’s Souls (a remake of a much-beloved PS3 game) and Godfall, a fantasy RPG published by Dallas-Fort Worth’s own Gearbox Publishing. While all the other big games will certainly play better on a PS5, they’re still available to anyone who wants to stick with their PS4.

That said, I’ve spent a lot of time playing both old and new games on the system, as well as the different versions of some games that are coming out on both the PS4 and PS5, and I am definitely in no rush to go back to the old hardware.

Sony has released a game console that improves on its predecessor in every way, and while it may be another year or more before the upgrade is a requirement for more casual game players in the room, it is a worthwhile investment for anyone who is ready to elevate their gaming to the next level.

The PlayStation 5 will be released Thursday and will cost $399 for a digital-only model or $499 for a model with a disc drive.