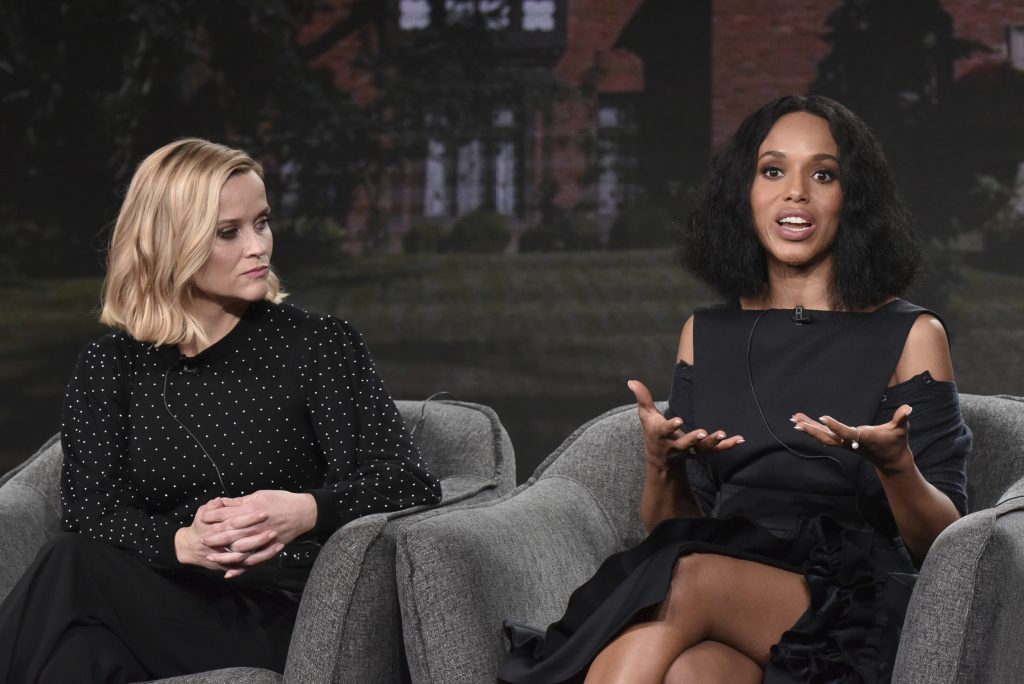 LOS ANGELES — Reese Witherspoon’s shift to television has been a godsend for fellow female actors. For Apple TV’s “The Morning Show,” her media company, Hello Sunshine, lured Jennifer Aniston back to the small screen. “Big Little Lies,” which she also helped bring to HBO, ended up spotlighting four Oscar-winning actresses, including Meryl Streep, who does TV about as often as most of us replace our water heaters.

But “Little Fires Everywhere,” which starts streaming Wednesday on Hulu, may be her most significant game changer yet. While “Morning” and “Lies” relied on men in key positions behind the scenes, “Fires” rested almost entirely on contributions from women, starting with the source material, Celeste Ng’s novel of the same name. Liz Tigelaar (“Life Unexpected”) ran the writers’ room, which included only one man in the eight seats. Lynn Shelton (“Your Sister’s Sister”) is directing half of the eight episodes, including the opener and the finale. All seven executive producers are women.

It’s the next logical step for Witherspoon, who may end up being more renowned for her hiring practices than the characters she plays on screen.

“I made a conscious decision about eight years ago to start my own company, because I wasn’t happy with the choices that were being made for me,” she said in January at the Television Critics Association press tour. “I guess I was psychic or something. I had no idea the whole world would open for us. I have to say that every woman that I’ve been working with in the past three years — whether it’s Nicole Kidman or Jennifer Aniston — we all remark how much things have changed and that we are put in a position of respect for our ideas.”

In her latest series, Witherspoon plays Elena Richardson, a high-society mother who micromanages every aspect of her life. Hanky-panky with her husband is restricted to Wednesdays and Saturdays. Four ounces of wine a night is the limit. But her anal-retentive groove meets some bumps in the road when she invites a free-spirited artist (Kerry Washington) into her household as the family housekeeper, a move that ignites heated conversations about gender, race and class.

There’s a mystery afoot — just who burned down Richardson’s picture-perfect house — but the most intriguing draw here is reveling in the feminine touches, from the neighborhood book club dissecting “The Vagina Monologues” to a soundtrack spinning Annie Lennox’s “Little Bird,” Liz Phair’s “Whip-Smart” and Aretha Franklin’s “Rock Steady.”

It’s hard to imagine those elements being woven into the story without women calling the shots.

“One of the exciting kind of side results of coming together as a community is that we’ve been able to grow our friendships and also grow professional relationships,” said Washington, who also has an executive producer credit. “It’s not just for our own advancement. As producers, we get to employ hundreds and hundreds of artists and activists, and now we can do it in environments that are safe and have values that embody our values.”

But it’s clear that both stars will welcome the day when they no longer feel the obligation to do everything.

“I’m doing ‘The Prom’ with Ryan Murphy and I’m not producing that,” Washington said. “When they say cut and that’s a wrap, I get to go home.”