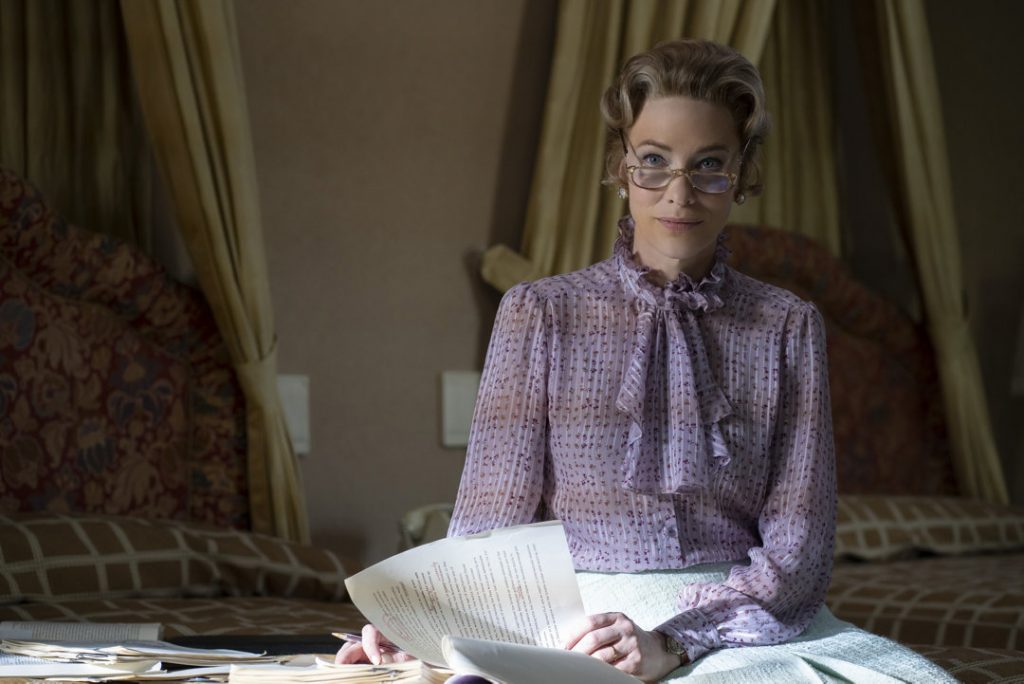 Poised between change and backlash, ‘Mrs. America’ is a seismic event

Historical dramas about the women’s right’s movement have not exactly been the bread and butter of series television, no matter the decade. The list of scripted narratives that have chronicled the achievements of suffragettes, midcentury feminists or even modern #MeToo disrupters is short. It’s as if the leap from June Cleaver to “Fleabag” happened organically, without the help of legions of women who struggled, marched and fought.

Now here she is, “Mrs. America,” to shine a bright light on a dramatic slice of our collective history that the medium has largely avoided beyond bra-burning jokes and the occasional shout out to Gloria Steinem. The nine-part FX on Hulu miniseries chronicles the fight for and against the passage of the Equal Rights Amendment through the stories and trajectories of the women who led the charge. Having premiered Wednesday with three episodes, it’s a compelling drama that’s as ambitious, colorful and bold as the characters it brings to life over each hourlong episode.

If we’re honest, most folks will probably need to first Google “ERA” in order to recall, or (ahem) discover, what the protests, campaigns and social upheaval was all about. The Equal Rights Amendment was, and is, a constitutional amendment that guarantees legal gender equality for women and men. Generations of feminists, and humans of various stripes, pushed for it — a movement that reached its zenith in the 1970s. It still hasn’t been ratified.

“Mrs. America” documents its seismic derailment, deftly serializing events with an A-list cast led by Cate Blanchett. She plays Phyllis Schlafly, a moral crusader known for her ultraconservative views who leads the charge against abortion, women’s rights, feminism itself. It’s odd that when scripted TV finally does decide to tackle second-wave feminism in a meaningful and high profile series, it’s centered around the woman who nearly killed the ERA.

But Blanchett is transformative and chilling here as the perfectly composed picture of domesticity and traditional values, a pied piper in coral lipstick who pitted red- and blue-state women against each other.

Never a hair out of place, always in a dress and heels, she practically arrives on each scene with a freshly baked cake — and reams of antifeminist literature. Her following of homemakers and traditionalists like Alice Macray (Sarah Paulson) and Rosemary Thomson (Melanie Lynskey), believe her when she claims that “Libbers” will take away their choice to be wives and mothers, that they’ll be forced to work and — worst of all — that they’ll be drafted.

A career, however, is what Schlafly secretly wants. She craves the spotlight as a respected, national political figure — something a woman will never achieve in Nixon-era Washington. She nothing if not resourceful, and finds a way up by opposing the ERA and its pro-choice architects. 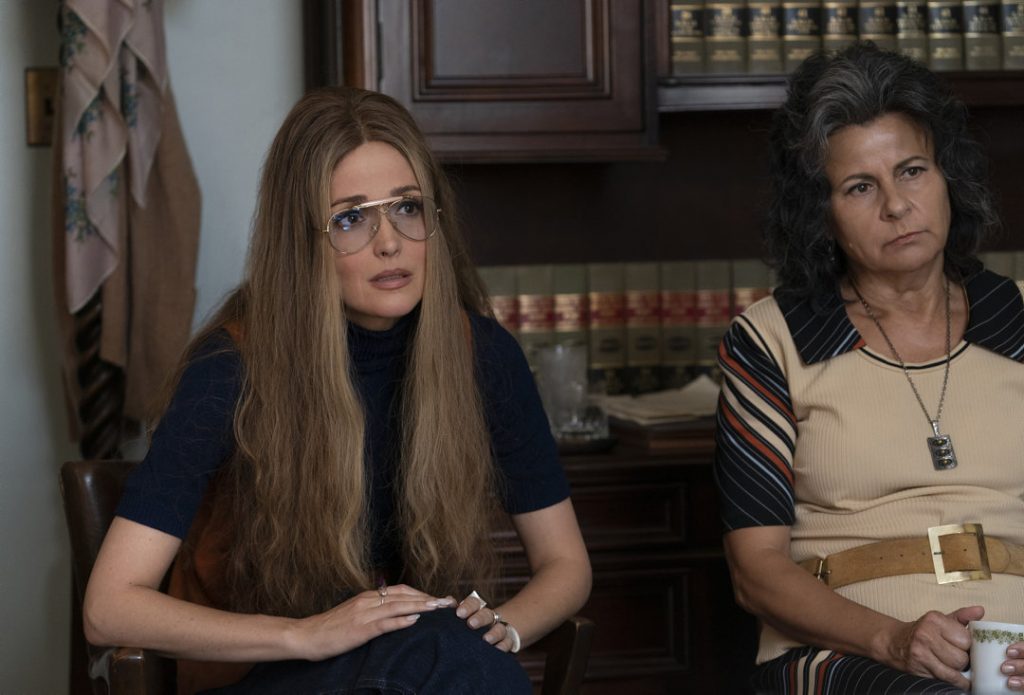 The divisions among their ranks is where the drama really heats up, and strikes more than one painfully topical nerve. For example, Chisholm’s run for president in the 1972 Democratic primary is hopeful and groundbreaking, especially to younger progressives like Steinem. But established Democrats argue only a white man can win the election. Divisions are sewn along lines of race, gender and age, momentum stalls, and alas, the crooked, cheating opposition wins.

Schlafly’s movement is also fracturing thanks to organized, segregationist factions of Republican assemblies that join her “STOP ERA” operation. They like the idea of keeping women home because if they mix with men out in society, it’s almost as bad as white people mixing with black. But there’s power in numbers, so Schlafly turns a blind eye. It turns out leveraging racial hatred helps win narrow hearts, minds and elections.

Written by Dahvi Waller (“Mad Men”), “Mrs. America” is a dynamic look at the changing attitudes, and fashions, of the time, from the flowing locks and playful shades that belied Steinem’s fierce activism to the mix of flamboyant fringe and militant resolve that characterizes black lawyer and activist Flo Kennedy ( Niecy Nash).

For all its seriousness, the series also has fun playing with era-specific nostalgia, be it clunky push-button phones, an “All in the Family” clip or that godawful shade of burnt orange. Cars were big. So were shirt lapels.

“Mrs. America” captures the essence of a nation on the precipice of change, or monumental backslide. What will happen? It’s yet to be seen, because the battle still rages, even though the names and faces have changed.