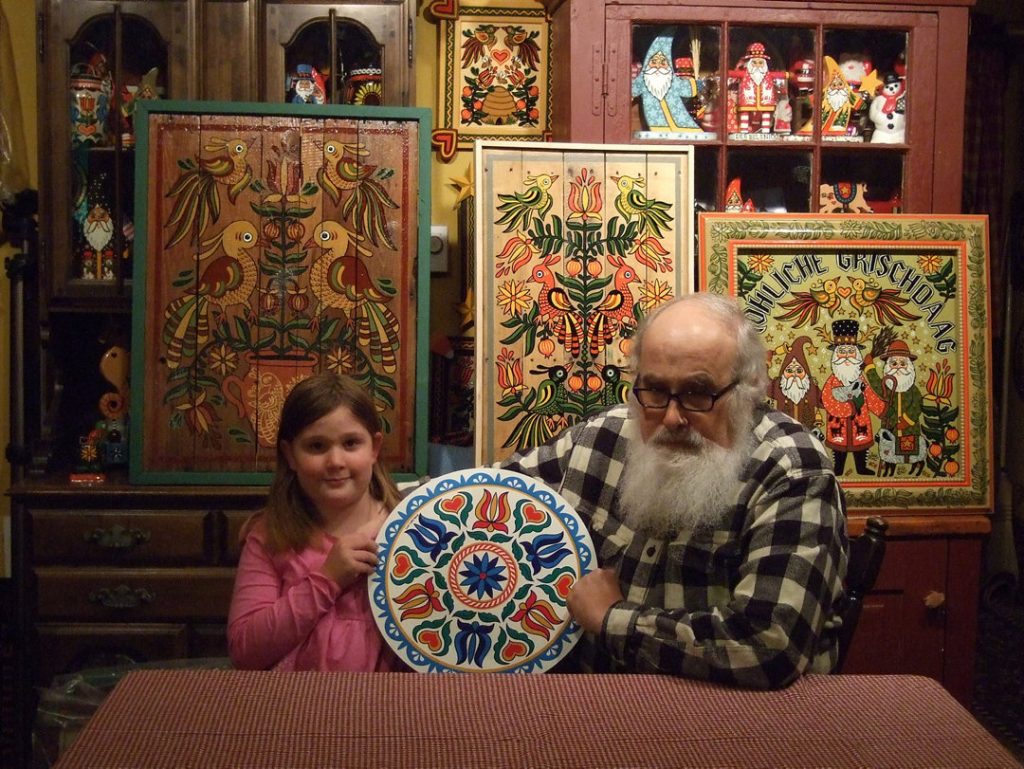 Wapwallopen resident Ivan E. Hoyt has recently been contacted by representatives of Eighties New York, LLC, requesting permission to use a Folk Hearts and Flowers hex sign he created as a set dressing in their upcoming television production, “Bridge and Tunnel.”

Set in 1980, “Bridge and Tunnel” revolves around a group of recent college grads setting out to pursue their dreams in Manhattan while still clinging to the familiarity of their working class Long Island hometown. EPIX television has given a six episode series order to the half hour dramedy (drama/comedy) which is written, directed and produced by actor Edward Burns. It is slotted for a Jan. 24 premiere on EPIX Productions and will be internationally distributed by MGM.

Hoyt, an artist working in Pennsylvania Dutch folk art for nearly 50 years, said the opportunity to have one of his designs used as set dressing in the home of one of the characters was completely unexpected.

In a release issued by the artist, he noted, “a few days before Christmas, I received a telephone call from Cleared by Ashley Inc., a New York agency that requested that I sign a standard release so they could use my copyrighted design in the EPIX project.”

The design they chose was actually done in 1996 and is licensed to a company that silkscreen prints the hex sign as a less costly representation of Hoyt’s work than the hand painted original design hex signs and folk art that are the dominant part of Hoyt’s work. When Hoyt inquired how the production selected his work and where they acquired it, they said they liked the color and the look of the work and that it was probably purchased online, he said.