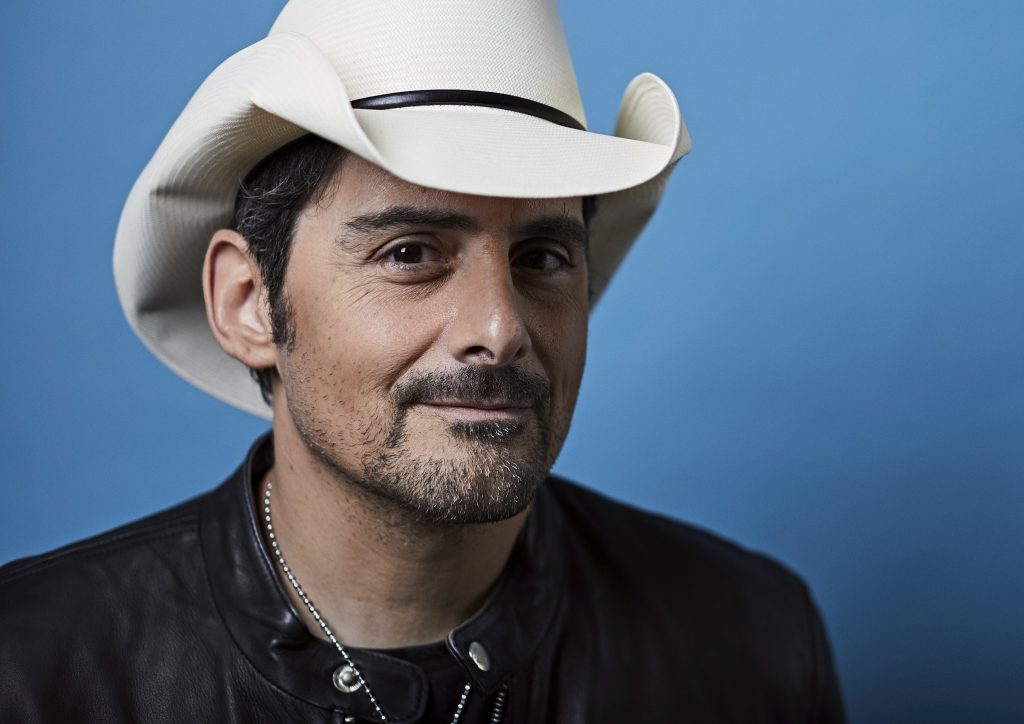 Brad Paisley happy to be butt of jokes in variety special

Brad Paisley is perfectly comfortable being the butt of jokes. In his new variety special, “Brad Paisley Thinks He’s Special,” airing Dec. 3 on ABC, the country star allows himself to be the punchline in a number of skits with celeb pals including Peyton Manning, Carrie Underwood, the Jonas Brothers and Tim McGraw.

“It’s the way I got everybody to do it. I said, ‘You’re here to roast me,'” he says. “When we were talking on the phone I said, ‘Guys, no misconception here. You need to realize this exists for me to be laughed at and I’m good with that.’ So they were like, ‘We’re in.'”

In one highlight, Underwood takes Paisley mudding in a red truck yelling, “I feel the need for speed” with Paisley exclaiming, “Jesus take the wheel!” as he tries to hold on.

“There’s a side of Carrie I’ve never seen before doing this,” said Paisley.

The award-winning musician has enjoyed showing his comedic side since high school and as his star rose in showbiz, it caught on that he was always game to play. He’s co-hosted the CMA’s 11 times, had a comedy special on Netflix and stars in a series of Nationwide insurance commercials with Manning.

“You show up on some of these late-night shows like ‘Kimmel,’ they’ve figured out a long time ago that I’m up for anything and so they’ll frequently have me guest and do a funny song or a skit or a thing. Same with other friends I’ve made. Seth Meyers is a good friend and people like that that over the years I really enjoy the collaborative process of doing things outside of my comfort zone.”

Implementing ideas and turning them into a reality is a thrill for the 47-year-old.

“I love nothing more than creating and sort of coming up with an idea and seeing it through in this career. Whether that’s a song that you write, and it becomes a single and a hit and a video and a thing you do on tour and leads to everything else or it’s a television show. There’s nothing more satisfying than saying here’s the finish line and I think if we do all these things right, we can get there.”