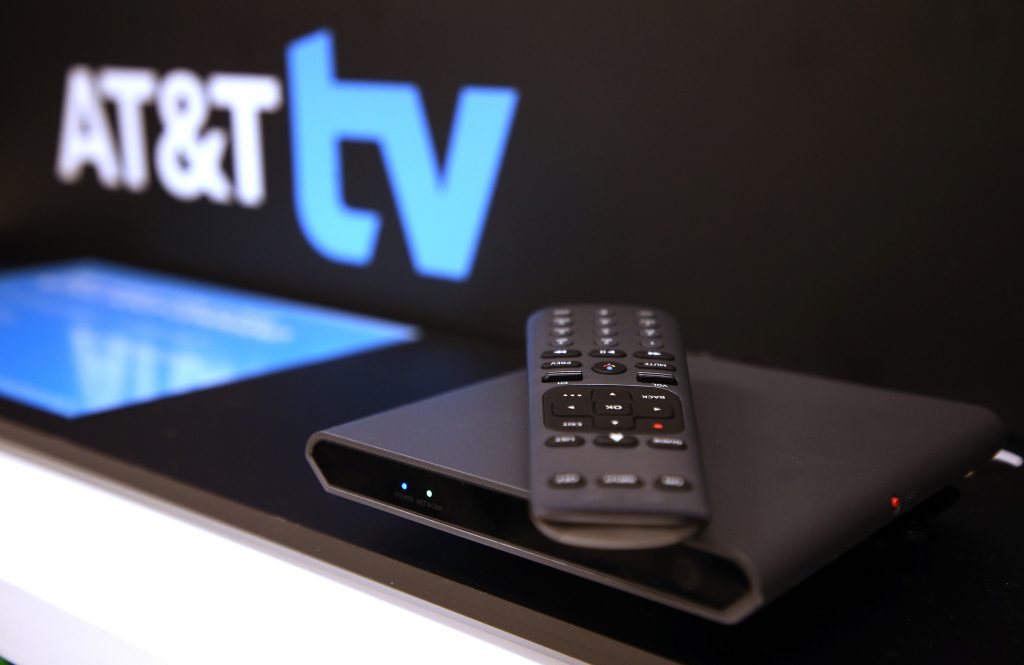 The streaming TV revolution has come to this: Even the cable companies are cutting the cord.

AT&T, the second largest pay-TV provider behind Comcast, is launching a nationwide live TV streaming service Monday that offers a cable-like experience — from a set-top box and on-screen program guide to a remote control with actual numbers — delivered entirely over the internet.

The service, dubbed AT&T TV, could be the all-in-one platform that entices reluctant cord cutters to take the plunge into live TV streaming, uncluttering a jumbled world of media devices, smart TVs and program services with names like Fubo, Vidgo, Philo and Hulu.

The AT&T setup is simple, even for streaming novices. Plug in the box, connect to your TV and Wi-Fi and voila — instant cable over the internet.

Priced at about $50 per month as a standalone service, AT&T TV has a robust slate of broadcast and cable channels, including offerings such as the Marquee Sports Network, the new cable TV home of the Chicago Cubs. It also links to a variety of video-on-demand apps like Netflix and Amazon Prime Video, with a voice remote to orchestrate the programming melange without reading glasses.

Combining the video with AT&T’s internet service brings the monthly price to $80 — an initial savings over most traditional cable plus internet offerings. But the price could end up as bloated as your cable package in time.

The AT&T TV package includes one set-top box. Additional units are $10 per month. A smart phone app lets you take the full streaming product wherever you go, with a massive 500-hour cloud DVR to stockpile episodes of “The Bachelor” and other guilty pleasures.

AT&T is also hoping the streaming service will boost its own broadband service while stemming losses from its two traditional pay-TV platforms — DirecTV and U-verse — which are hemorrhaging subscribers at an accelerating rate.

Traditional cable and satellite providers lost about 6 million subscribers last year, according to data from industry analysts MoffettNathanson. Losses in the pay-TV industry have been partially offset by gains in streaming services like Sling TV, Hulu + Live TV and YouTube TV. The trend is likely to continue, with traditional cable expected to shed another 19 million subscribers by 2023, the firm said.

In 2019, AT&T lost 4 million subscribers, or 16.5% of its subscriber base, according to MoffettNathanson.

“A significant part of the worsening cord-cutting outlook can be pinned on the woes of AT&T,” MoffetNathanson said in a report.

While Comcast has yet to offer a comparable internet cable service, AT&T is not the only legacy pay-TV provider shifting customers to a streaming platform.

RCN Chicago, which is available to about 380,000 homes in Chicago, Evanston, Lincolnwood and Skokie, is converting its cable customers to a live streaming service delivered over its broadband network. Launched three months ago in Chicago and Washington, D.C., RCN’s streaming TV platform is set to roll out nationwide in March.

Customers who sign up for video packages now get the streaming setup, which will eventually replace traditional cable across the company’s Chicago footprint. About 3% of RCN Chicago’s video customers are on the streaming platform, according to Tom McKay, general manager of RCN Chicago.

“We’ll have a good portion of our customers on it within a year, because all new customers coming on will be picking that up,” McKay said.

Like the industry at large, RCN Chicago has been losing cable customers for years. But McKay said the business model has been shifting as well, with broadband internet now the core product for RCN and other legacy cable companies. Only RCN internet customers will be able to access its streaming TV service, McKay said.

Pricing for the RCN streaming service is comparable to its traditional cable video package. The most popular plan, which also includes the Marquee network, costs about $90 per month. Bundled with the required broadband service, the monthly price would be about $120, McKay said.

Beyond customer demand, McKay said there is another benefit to shifting its video onto a streaming platform. Delivering video over an internet connection requires less bandwidth than a traditional cable hookup, enabling RCN to serve more customers.

“You’re just freeing up lanes on the highway — taking them off of traditional cable and adding them into data, which is really where everything is growing at this point,” McKay said.

While RCN is ending sales of its traditional cable service, AT&T is phasing out its legacy products more slowly, at least with its DirecTV satellite service.

“We’Il begin to wind down sales of U-verse TV to new customers … to shift focus to AT&T TV,” Monahan said. “This will not impact existing U-verse TV customers.”

AT&T acquired DirecTV for $49 billion in 2015, which made it the largest pay-TV provider in the country with 26 million subscribers. At the end of 2019, AT&T had 20.4 million pay-TV subscribers, including about 16 million through DirecTV, according to MoffettNathanson.

Monahan said DirecTV will continue to be “an important piece of our plan for the foreseeable future.” But with the satellite service losing more than 3 million subscribers last year, according to MoffettNathanson, there may be a lot riding on the success of AT&T’s new streaming service.

For RCN Chicago, whether pay-TV shifts to streaming or not, the legacy cable company’s path ahead is clear.