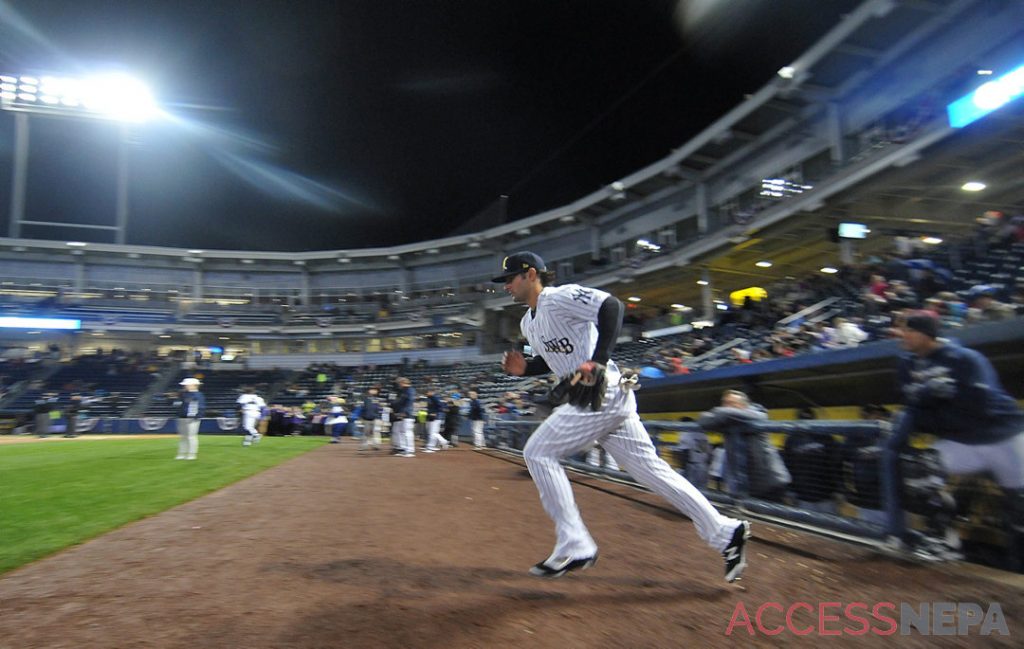 The New York Yankees and Scranton/Wilkes-Barre RailRiders will be partners for at least 10 more years.

On Friday, the RailRiders announced they signed their Professional Development License, keeping the franchise as a Yankees affiliate through the 2030 season. These new agreements are all 10-year deals and are part of Major League Baseball’s restructuring of the minor leagues.

“It’s like something tangible, other than conversation, that makes us really feel like we’re progressing toward the 2021 season,” RailRiders president John Adams said. “So, this is obviously, it’s official, it’s public, the 120 teams are designated, the affiliates are designated, everyone knows where they stand, it’s not just back talk and conversation. It’s real. And we expect to have some news on a schedule here in the next week now that this is done.”

Adams said the franchise is preparing for an April 6 opening day, and all minor league schedules are due out next week. The Associated Press, however, reported Friday that while Triple-A clubs are slated for 144-game seasons beginning in April, it’s “likely” they’ll be pushed back to the start of May.

“Every piece of communication we have, the schedule that we anticipate being out is that we’re starting on April 6,” Adams said. “So, everything we’re doing in the office is to be prepared to play baseball on April 6. Obviously, everything is subject to the pandemic and guidelines, and all of those kinds of things, but we’re not sitting here saying we hope to play in June. We’re planning for a season to begin on April 6.”

Schedules couldn’t be set until all teams signed their PDLs, which were part of sweeping changes that cut affiliated franchises from 160 teams to 120. There are new names, too. Instead of Minor League Baseball, it’s now the Professional Development League, though Baseball America reported MLB is expected to try to sell the naming rights at some point. For now, instead of the International League, the RailRiders will play in Triple-A East, and instead of the North Division, it’s the Northeast Division. Those names could also be temporary.

Triple-A East is made up of the former International League, plus the Iowa Cubs (Triple-A affiliate of the Chicago Cubs), the Omaha Storm Chasers (Kansas City Royals), St. Paul Saints (Minnesota Twins), Jacksonville Jumbo Shrimp (Miami Marlins), Memphis Redbirds (St. Louis Cardinals) and Nashville Sounds (Milwaukee Brewers). The Northeast Division is essentially the same as the old North, only the Rochester Red Wings are now a Washington Nationals affiliate and the Boston Red Sox are moving their Triple-A club from Pawtucket, Rhode Island, to a stadium in Worcester, Massachusetts.

The RailRiders are in good shape when it comes to facility improvements thanks to the 2012 overhaul of PNC Field, Adams said, but there are some things the PDLs will require, such as a locker room for women and adding to other player-focused areas.

“We have space, so I think for us it’s just maybe manipulating some things around versus having to go out and build something,” Adams said. “So I think we’re still in better shape than most for that.”

Teams have until 2023 to be in compliance, but Adams doesn’t expect it to take that long.

“I think the transition … is something that our ownership group has been excited about,” Adams said. “While we certainly feel terrible for the teams losing their markets, we believe that the structure and the paths forward is really going to be a good opportunity for stability and to grow the sport overall, across all platforms.”