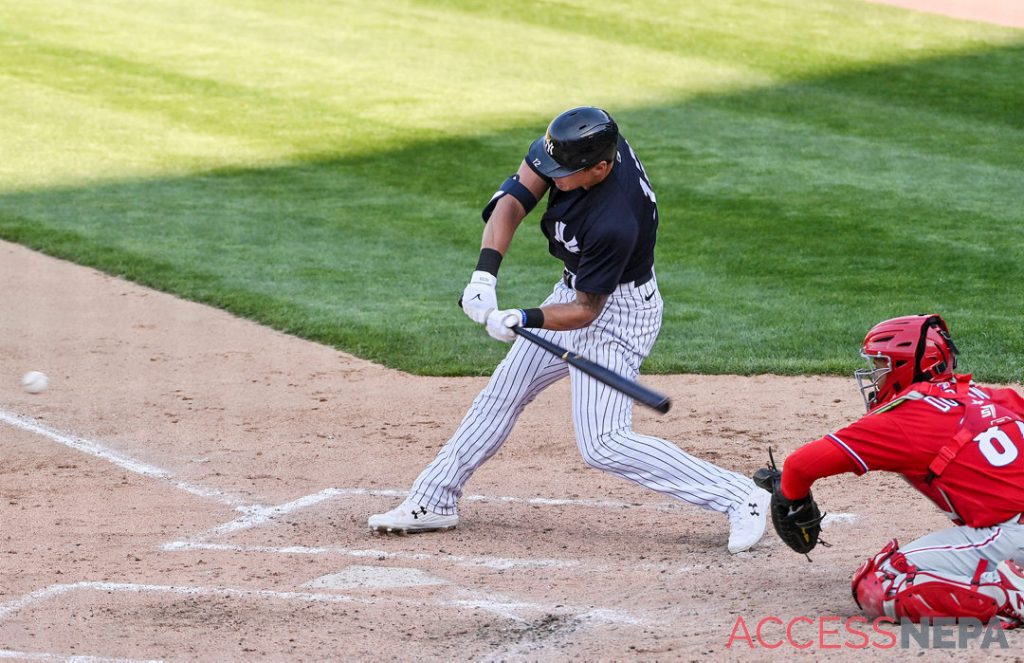 The alternate site players for the New York Yankees and Philadelphia Phillies are meeting for a series of games before the start of the minor league season.

Games began Saturday and continue almost daily through May 1.

For the most part, they’ll play four times per week. The RailRiders begin the regular season May 4 at the Syracuse Mets.

RailRiders president John Adams said he’s considering allowing fans for some games at PNC Field, too, but wants to see how things progress with the first handful of games.

“We just want to have more confidence in what the schedule is going to be,” he said. “Are they going to easily cancel these things for myriad of reasons? Are they going to consistently play a decent amount of innings?

“I just want to see some of it unfold before we make some commitments and build up anticipation for fans, etc. So, we’re going to monitor how it goes and it’ll be under consideration, but just, we weren’t ready to pull the trigger yet.”

It’s still a big change from last year’s alternate site bubble at PNC Field. Then, players were limited to intrasquad competitions and not actual games. Pitchers would face the same group of hitters without much of a defense behind them. Hitters took batting practices on some days and faced live arms on others. The site was closed to fans, scouts, media — anyone who wasn’t affiliated with the team.

Playing the Phillies could offer a little more normalcy this year, with the IronPigs even billing them as “spring training” games.

The Yankees have yet to release their alternate site roster, though top prospects like pitchers Deivi Garcia and Luis Gil and outfielder Estevan Florial, and some familiar RailRiders, like first baseman Mike Ford, infielders Thairo Estrada and Armando Alvarez and outfielder Trey Amburgey are certainly possibilities to be on the squad.

The RailRiders have yet to put single-game tickets on sale for the regular season, but Adams said it’s possible at least the on-sale date is announced next week. The home opener is May 11 against Lehigh Valley.

“There’s a process that we’re going to go through with our season ticket holders and making sure that they’re seated and are taken care of first,” he said.