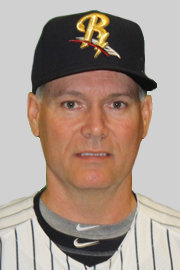 Doug Davis is the next manager of the Scranton/Wilkes-Barre RailRiders.

The Bloomsburg native will be the team’s fourth manager in four seasons, the New York Yankees announced Monday. He replaces Jay Bell after serving as the bullpen and third base coach for the RailRiders last season.

Davis, a Central Columbia High School graduate, was a bench coach for the 2003 World Series champion Florida Marlins team that beat the Yankees. He last managed in 2008 with the Syracuse Chiefs, then the Triple-A affiliate of the Toronto Blue Jays. Opening day will mark his 1,000th game as a minor league manager.