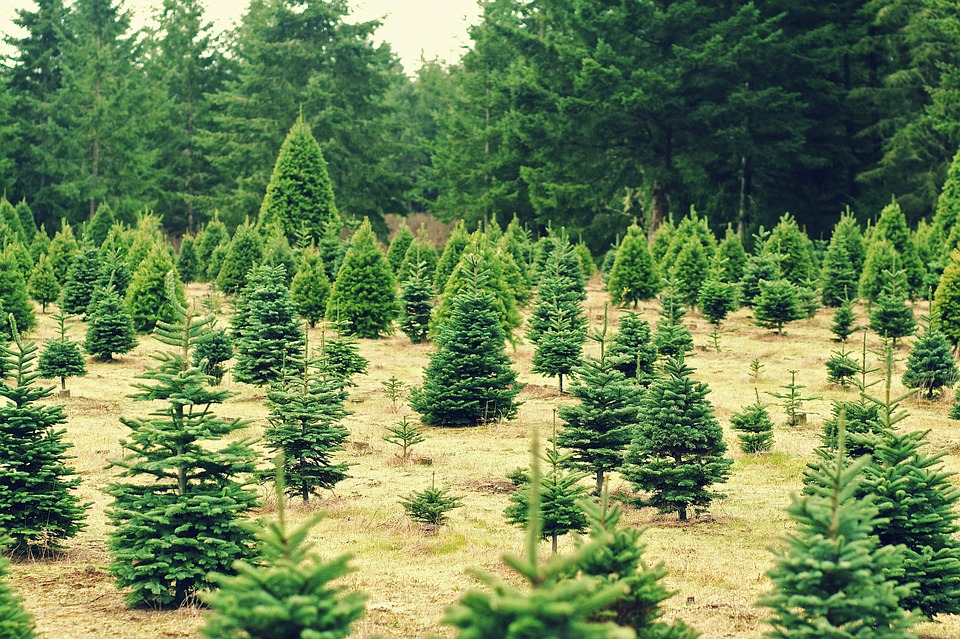 History of the Christmas Tree

NEPA (especially southern Schuylkill County) represents ground zero for the Christmas tree industry nationwide.  More trees are produced here than anywhere else in the United States.  Diverse varieties of trees grown include spruces, firs and pines.  But, why do we have these trees anyway to help celebrate this season?   The song “Deck the Halls with Boughs of Holly” should come to mind.  Ages ago, many Pagan cultures used to cut boughs of evergreens at this time of year and move them into the home or temple to recognize the winter solstice.  Holly was also used to “deck the hall” in order to ward off evil spirits, bad witches and misfortune.

As the solstice approached, many noticed that the days were getting shorter.  They feared that the sun would disappear forever leaving them to freeze in the dark or starve due to crop failure.   Even though deciduous trees, bushes and crops died or hibernated for the winter, they noted that evergreen trees remained green.  To them, evergreens had magical powers that helped them withstand winter.

Tree decorating became symbolic too.  The ancient Pagan Romans decorated their trees with bits of metal and replicas of their god Bacchus (a fertility god).  They also placed twelve candles on the tree in honor of their sun god.  Their mid-winter festival “Saturnalia” started in mid-December and lasted though the solstice and an evergreen tree helped to celebrate the festival.  In northern Europe, the ancient Pagan Germanic people tied fruit and attached candles to evergreen tree branches in honor of their god Woden.  (This is the deity after which Wednesday aka “Wodensday” was named).  To them, trees symbolized eternal life and their evergreen quality makes them join holly, mistletoe, the Wassail bowl and the Yule log as symbols of the season.  All of these predated Christianity.

Christian beliefs have these traditions including one with Saint Boniface (675?-755 CE) who cut down a deciduous tree in the presence of some newly-baptized Christians.  The tree was an oak and once sacred to the former Pagans.  The tree miraculously split into four pieces to reveal an evergreen growing from the center of the stump.

Another is that Martin Luther (1483-1546) was impressed by a forest scene with brilliant stars in the sky that he allegedly cut down a small fir and took it home to decorate with lighted candles.  But, this may be a myth as the earliest record of a decorated tree occurs sixty years after his death.

The modern Christmas tree tradition dates back to western Germany in the 16th century. They were called “Paradeisbaum” (paradise trees) and were brought into homes to celebrate the annual Feast of Adam and Eve on December 24.   The first record of Christmas trees in America was for children in the German Moravian Church’s settlement in Bethlehem, Pennsylvania for Christmas 1747.  Actual trees were not decorated, but wooden pyramids covered with evergreen branches that were decorated with candles.

But, as late as the 1840’s Christmas trees were seen as Pagan symbols and not accepted by most Americans.  Most 19th century Americans viewed Christmas trees as an oddity.  It is not surprising that, like many other festive Christmas customs, that the tree was adopted so late in America.   Christmas was sacred to the New England Puritans.

The Pilgrim’s second governor William Bradford tried hard to stamp out “Pagan mockery” of the observance and penalized frivolity.  The influential Oliver Cromwell preached against the “heathen traditions” of Christmas carols, decorated trees, and any joyful expression that desecrated “that sacred event.”  That stern solemnity continued until the 19th century when the influx of German and Irish immigrants undermined the Puritan legacy.

The many cultures found in NEPA brought their own traditions to celebrate the holiday.  Years ago, Poles in southern Poland hung a spruce tree upside down from the ceiling in a central position of the home and decorated doorways and walls with separate boughs of the same tree.  An upside down evergreen reflects the belief in the trinity.

Poles decorated with fruit, nuts, sweets wrapped in shiny paper, straw, ribbons, gold-painted pine cones and decorations made of straw or colorful paper. They were often hung above the dinner table but not until Christmas Eve.

A decorated tree sure promotes holiday spirit and the Christmas tree is an important part of the holiday season.  Be sure to recycle your tree to benefit birds and small mammals as cover and shelter.

NATURE QUOTE:  “The best Christmas trees come very close to exceeding nature. If some of our great decorated trees had been grown in a remote forest area with lights that came on every evening as it grew dark, the whole world would come to look at them and marvel at the mystery of their great beauty.” ——-Andy Rooney from “60 Years of Wit and Wisdom.”