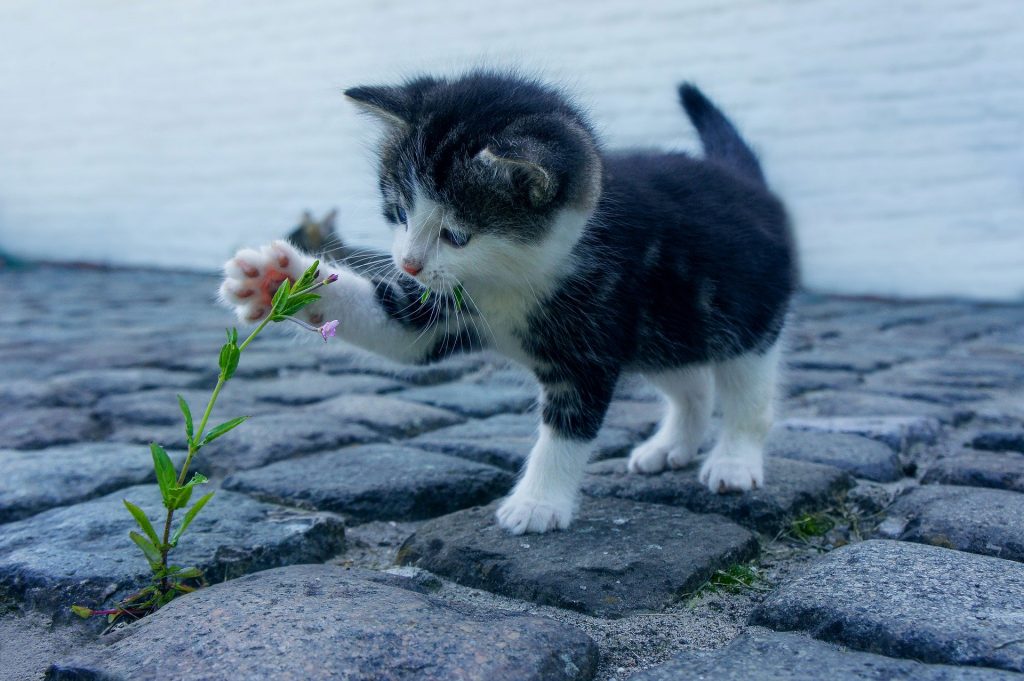 My topic today is the very controversial subject of declawing a cat. I have lived with cats my entire life. Never did I have a serious problem with a cat destroying my property – until Monty “Scissor-Paws.” Monty actively clawed my closet door and bedroom wall to the point of no return. Was I happy about it? Absolutely not. However, Monty still has all of his claws. As a senior cat, this behavior has subsided, although obviously much damage was done. Nonetheless, I opted to not have Monty declawed.

Many people do not understand that declawing is an amputation of the last bone of each of a cat’s toes, cutting off each bone at the knuckle. Using the human body as an example, declawing is equivalent to cutting off the last bone in each of your toes, and then walking on them for the rest of your life. It is worth noting that, in humans, amputations are only done for medical reasons or to save a person’s life.

There are few subjects related to cat ownership as hotly debated as declawing. There are passionate arguments on each side of the issue, with some veterinarians so staunchly against declawing that they refuse to perform the procedure. Declawing is illegal in the United Kingdom and throughout much of Europe, and many U.S. states are considering legislation to ban the procedure. (It’s banned in several California cities, including Los Angeles and San Francisco, and most recently in Denver, Colo.) New York is the first state to make this procedure illegal.

Most people on the anti-declawing side of the spectrum are there because they consider the procedure cruel, but ethics are not the only reason cat owners should think long and hard before declawing their pets. In some cases, the procedure is known to have negative long-term side effects. While most pet owners don’t take the decision to declaw their cats lightly, they should do some deep research into these side effects before making this irreversible decision.

Pet owners must first be aware that negative side effects are typically the result of a poorly performed declawing procedure. If a surgeon amputates too much or too little, or is careless when closing the surgical site, the healing process will not go smoothly and could lead to long-term complications.

Whenever there is a surgical procedure, infection is always a possible side effect. My veterinarian, Dr. Mark Stair, stated that he will only declaw a cat as a last resort, when all other techniques and recommendations have failed. He does laser surgery, which is less invasive. Dr. Stair prescribes antibiotics following a declawing procedure to combat the chances of infection, and he also prescribes medication for pain control. The wound is closed with glue. It’s very appropriate to use antibiotics post operatively to enable healing without infection.

Refusal to use the litter box

To reduce the chance that litter will get stuck in the incisions, some people switch to paper litter right after a declawing procedure, but this could backfire. If paper litter isn’t what the cat is used to, he may choose to go somewhere else because he doesn’t recognize that the paper litter is supposed to take the place of his regular litter.

Paw pain and nerve damage can be caused by a number of issues. Declawing involves the removal of everything down to the first knuckle on each of a cat’s toes. Sometimes, a surgeon doesn’t remove the first knuckle entirely and some claw tissue remains. This tissue tries to grow a new claw, which in some cases will form a deformed claw under the skin, which in turn leads to an abscess. That can be extremely painful and lead to long-term pain if not dealt with properly.

The opposite might also be true—the surgeon removes too much toe without intending to. There’s a digital pad next to the claw, and if this is damaged, it can cause scar tissue that leads to a lot of paw pain.

Lameness and back pain

Lameness, or abnormal gait, can be temporary or permanent following declawing. It can be another side effect of those surgeons who remove too much tissue. If that second bone is damaged, it is permanently damaged. It could become a long-term issue. It could always hurt when the cat walks. Back pain may be caused by lameness, as a changed gait means the cat is not carrying her weight like she should. It changes their posture and the way they walk. They’re shifting from their typical weight distribution because their feet are painful.

One surgical alternative to traditional declawing is a tendonectomy, during which the veterinarian severs the tendons that allow a cat to extend her claws. The procedure is initially less invasive than a true declaw, but this procedure is not recommended because it may lead to more long-term problems than declawing. Scratching is an ingrained behavior in cats, and they will still go through the motions if they don’t have claws. But with a tendonectomy, cats physically cannot scratch. More importantly, they also have no way to wear down their claws. This means that owners must be diligent about clipping claws, lest they keep growing and grow into the cat’s paw pads. When cats are scratching appropriately, outer layers of the claws flake off. If they can’t scratch, that natural process can’t happen. If claws aren’t properly maintained following a tendonectomy, pet owners will be dealing with problems like lameness, pain, and behavioral changes, just like with a botched declawing.

There are other alternatives to declawing that do not involve surgery. One of the most popular is plastic claw caps. Of course, you have to catch your cat and individually cap each claw, so the cat has to be cooperative for this method to work. Veterinarians can perform the procedure every few weeks with the cat sedated, if necessary. Dr. Stair indicated that these caps are unnatural for the cat.

Training methods can also be used to redirect your cat’s scratching to acceptable items, such as scratching posts. Finally, keeping your cat’s nails short and blunt by trimming them every week or so will eliminate much of the damage associated with scratching. Dr. Stair stressed that nail trimming is the best solution to deal with cat clawing. This means the owner must be diligent about nail trimming, and the pet parent has the responsibility of conditioning the cat to be comfortable and accepting of the clipping routine.

Cat owners should be knowledgeable about declawing. They should know what surgical method their vet will use, how often the vet does declawing procedures, and how the vet manages cats’ pain. These are all important facts that should influence the decision-making process.

Discuss declawing with your vet

Any cat owner thinking about declawing their cat should talk to their vet at length about the procedure.