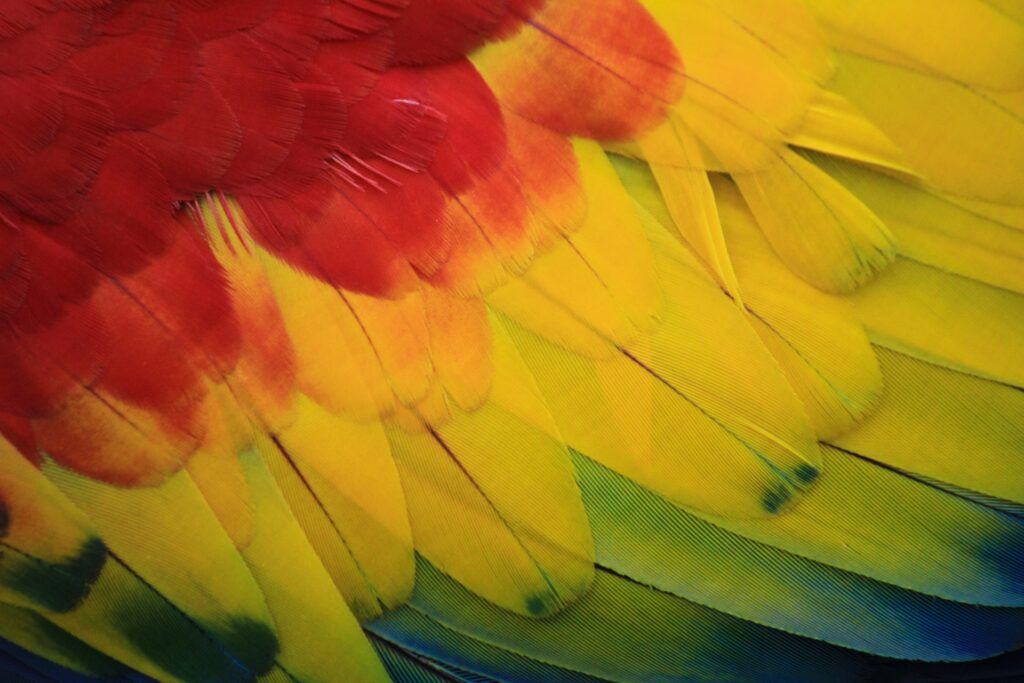 Cocomo the parrot a longtime love

As I had mentioned in a previous column, my childhood was spent in the woods near my house, enjoying hours of bird watching. My mother would buy me a bird book, and I would read it cover-to-cover, repeatedly, to learn about the various birds, their habitat, etc. It was my passion. What a wonderful way to spend your childhood years.

I love all creatures great and small, and I do continue to have a love of birds. My little lovebird, Kiwi, is a constant source of joy and entertainment for me. So when I had an invitation to meet the magnificent Macaw, Cocomo, who lives in nearby Nanticoke, I literally jumped at the chance.

Off I went on a very warm Sunday morning to meet Cocomo. As I entered his house I was greeted by Loretta Chmura, his loving owner. As we exchanged greetings, Cocomo was actively giving me the once over from his cage. Loretta and I went into her outside patio to chat before having Cocomo join us.

Like myself, Loretta is an active senior who continues to work full time. She is currently employed at Wesley Village as a service assistant. Loretta is also extremely active in many community groups, and was voted Woman of the Year in 2016 by the Wyoming Valley Woman’s Club. Quite an honor!

Loretta told me that she had always wanted a parrot. I asked her if she had done her homework about their care (high maintenance, very messy, need much attention). She was aware of some, but not all, of a parrot’s requirements. These beautiful birds do not simply sit on a perch all day quietly. They need stimulation and social interaction to lead a healthy and happy life.

Loretta’s neighbor, who owns several birds, mentioned that she had seen baby parrots for sale from a Florida parrot farm, priced affordably at $500. Loretta immediately ordered a Blue and Gold Macaw, to be flown into Pennsylvania. When Loretta picked up her little parrot at the airport in Avoca, she was astonished to see this baby bird, approximately the size of an orange. At about two months old, he had no feathers, was wobbly, and had little head control, comparable to a human infant. Loretta was alarmed because she had no knowledge of how to care for a bird so young. However, her neighbor came to her aid and coached her on the feeding regime, keeping the wee one warm, etc. And soon, Loretta had the syringe feedings mastered, knowing how much and how quickly to administer the formula. Baby Cocomo began to grow stronger and sprout feathers.

I then asked Loretta when Cocomo became weaned off being bottle fed, and how she knew it was time to introduce solid foods. Loretta was guided by her veterinarian, Dr. Mark Stair, who told her that Cocomo would resist being bottle fed, which he did at approximately nine months of age.

Cocomo is currently 27 years old and three and a half pounds, a beautiful adult who is living large in Nanticoke with Loretta and her husband Joe. Loretta takes Cocomo on many excursions where he has a multitude of fans. Cocomo is a very popular sight as the school bus passes near his residence and he is out for his daily walk with Loretta. Cocomo’s wings have been clipped to prevent him from taking flight. Cocomo routinely visits Wesley Village, where Loretta works, and is also a customer at Tractor Supply Co. Cocomo’s beauty and quiet demeanor are a people magnet.

But parrots are not always quiet, as was demonstrated by Cocomo during my interview. We were sitting and, during the interview, Cocomo erupted into some panicked ear-shattering shrieks, obviously upset and distressed. Loretta told me that Cocomo has an intense fear of cats (for obvious reasons) and that she could guarantee that the parrot had caught the scent of a nearby feline.

Cocomo has a delightful trick of “waving” when Loretta asks him to say hello. He raises his foot and holds it in the air. Cocomo obviously enjoys this trick because during my interview he repeatedly said ‘hi’ by raising his little foot, and I in turn had to stop and say ‘hi’ back. Who could resist all of that cuteness?

Loretta said that Macaws do not have the vocabulary as that of African Gray Parrots, but Cocomo did have a few phrases such as “Loretta, Where You Going, What Are You Doing, and I Love You.” When Loretta had some workmen at her house, they would be preparing to depart to pick up supplies and Cocomo would ask “Where Are You Going?” And they would explain! Another day, Loretta was in her backyard, and Cocomo began shouting from inside the house “Loretta! Loretta!” She rushed inside and saw a delivery man at the door. He asked if that was her husband who had been shouting for her, a bit astonished at the tone, and Loretta replied “You would not believe who it was.” Ha ha!

I was very relaxed while chatting with Loretta and admiring this beautiful parrot. As Loretta was answering my questions and providing information, Cocomo suddenly shouted “LORETTA!” I laughed out loud. It was so clear, and human-like. You could never recognize that this was a bird shouting her name. Then again, “LORETTA!” At this point, I knew that Cocomo was really putting it on for his interview. It reminded me of Marlon Brando’s “STELLA!” Different name, same tone.

Parrots are very bonded to their owner, and Loretta is wisely aware of the damage that this bird’s powerful beak can inflict. She is obviously an expert at handling Cocomo, but she recognizes and respects how he might react if he becomes stressed, frightened, or angry. As with any pet, it is the owner’s job to ensure their safety and security, first and foremost.

Cocomo’s favorite nut is pistachios, and he will reject other offerings. Loretta stated she spends about $1,000 a year buying his food of choice. But Cocomo also loves mashed potatoes, potato salad and pizza (and I do not like pizza!). You can have my share, Cocomo.

Through her will, Loretta has made arrangements as to who the caregiver will be for Cocomo upon her passing. This is something that all parrot owners must consider since their bird will most likely outlive them. It was through a chance meeting on Halloween that Loretta met and chose the woman who would care for her beloved Cocomo when she was no longer able to. The woman also owns a Macaw and has a strong knowledge of their care and needs.

It was delightful to meet Loretta and Cocomo and to see the strong bond and love that they share. Loretta said that Cocomo had awakened her at 2 a.m., throwing empty pistachio shells on the floor, obviously wanting his supply replenished. And she was happy to oblige, being the dutiful parrot mama. Aren’t we all too happy to oblige our fur and feather kids? But remember to do your homework before you make that very important decision to add a pet to your household. Rock on Cocomo. See you out and about!