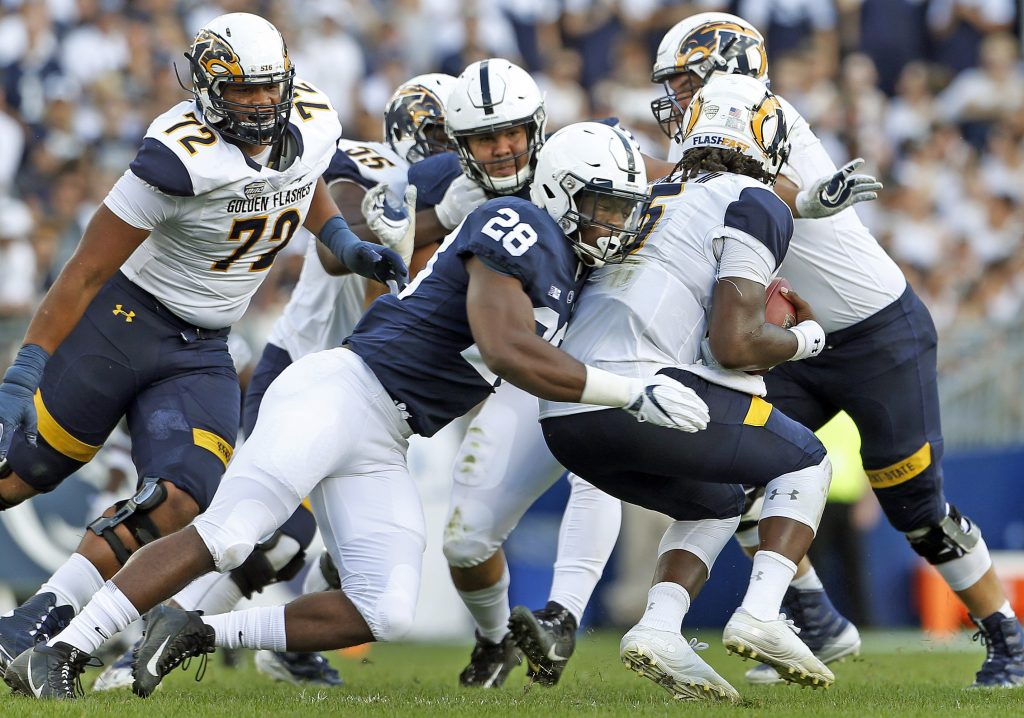 The Penn State defensive line: Leadership and talent hoping to overcome some inexperience

Over the next week leading into Penn State’s season opener at Indiana on Oct. 24, we’ll take a look at the biggest storyline at each position. Today, we look at the defensive line. 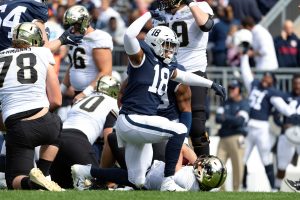 There might not be a position group at Penn State that underwent a more drastic change in the offseason than the defensive line.

No, that doesn’t have much to do with the losses of tackle Robert Windsor and end Yetur Gross-Matos to the NFL. And also no, it’s not a knock on the six returning players who saw significant action last season.

These are the Wild Dogs, and the leader of the pack is gone.

Charismatic defensive line coach Sean Spencer built this group from the ground up and had been a mainstay on head coach James Franklin’s staff since 2014 until he left to take over the New York Giants’ defensive front in January. A seasoned veteran line coach, John Scott Jr., familiar with defensive coordinator Brent Pry and his system replaced him. But, the fact remains, every member of the 2020 defensive line was recruited by Spencer.

“I tell everybody, we’re Wild Dogs for life,” defensive tackle Fred Hansard said. “So, I don’t think that’s ever going to change. I think coach Scott knows that. This is not disrespecting nobody; we just came in with Spence. So I just think that’s going to stay the way it is.”

Fair enough. But those Spencer left behind in Happy Valley know they also need to adhere to one of Scott’s top principles: “If you want to talk, make sure you walk.”

That means, those who developed as leaders under Spencer are going to have to make the transition easier for Scott. Luckily for him, the Nittany Lions have as much leadership along the front four as they do talent.

On a defense loaded with youngsters brimming with sheer athleticism, veteran end Shaka Toney might be the groups most effective leader. He and defensive tackle Antonio Shelton likely will be the only senior starters among the front seven, and both have commanded the respect of those younger players, like ends Jayson Oweh and Adisa Isaac.

This is a position that has tremendous talent and some big question marks. Can Oweh and Isaac replace Gross-Matos’ production? Is junior defensive tackle PJ Mustipher ready to take the next step as a full-time starter? Is there enough depth?

Those are questions the players will have to answer and for which Scott will, undoubtedly, answer. With a new boss in town came a new way of doing things, and that’s a tough transition for many players at the college level even when the coach being replaced wasn’t as universally popular as Spencer.

How quickly this group can make that transition will go a long way toward determining whether it can reach its lofty potential. Scott has done what he can, players say; now, it’s up to them to make it seamless.

“We joke around saying, ‘100 level, 200 level, 300-400 level,’ like classes; it’s always 400-level conversations with him, and it’s explained crystal clear,” Toney said. “He’ll spend 20 minutes on one play. I love the detail of him. He just makes sure that it’s going to be done right and that he has expectations.

“Some coaches try to come in and throw out everything that you know, your culture and all that, because they’re a new coach. He didn’t do that. He came in and integrated his own stuff, and we’ve been rolling ever since. He goes above and beyond for our room. He’s building chemistry every day.” 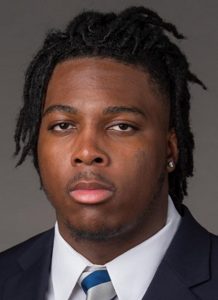 Bottom line is, there needs to be one player who has never seen significant playing time at the college level step up at both spots.

The odds-on favorite at defensive end looks like 6-foot-6 Smith Vilbert, who is looked at a bit as a poor man’s Oweh from outside the program, but who has impressed coaches enough to make himself a candidate for extra time in the rotation.

The player who seems to have impressed offensive linemen most, though, is freshman tackle Hakeem Beamon, a sort of no-frills prospect a year ago who constantly wound up impressing on the scout team. It would hardly be a shock if he wound up as the fifth tackle.

“I think one of the guys who — I don’t know if surprised is the best way to put it — has really started to show more recently that he’s a good player is Hakeem Beamon,” center Michal Menet said. “He’s been doing a lot of really good things at practice so far.”

No player enters the season with more career sacks than DE Shaka Toney’s 15.5. But, seven of those came in just two of his 38 career games played. He tied the Penn State record with four sacks at Indiana in 2018, and had a three-sack game against Purdue last season. 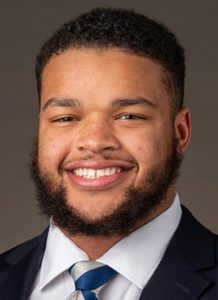 Most everyone will pick Jayson Oweh here, and for good reason: If Oweh dominates, there will be no drop-off from losing Yetur Gross-Matos. So he’s as good a pick as anybody.

But, the Nittany Lions’ defense has always been at it best when it can rush the passer up the middle. Devon Still, Jordan Hill, DaQuan Jones, Austin Johnson and Anthony Zettel are just some of the stars the position has developed in the last decade, and Robert Windsor carried on that tradition last season. Antonio Shelton is a tremendous run-stuffer who just isn’t that type of player as a pass rusher, which puts plenty of onus on PJ Mustipher to develop into one. He had just one sack last season, but Mustipher in 2020 will have to at least approach the 8 quarterback hurries Windsor accounted for in 2019.