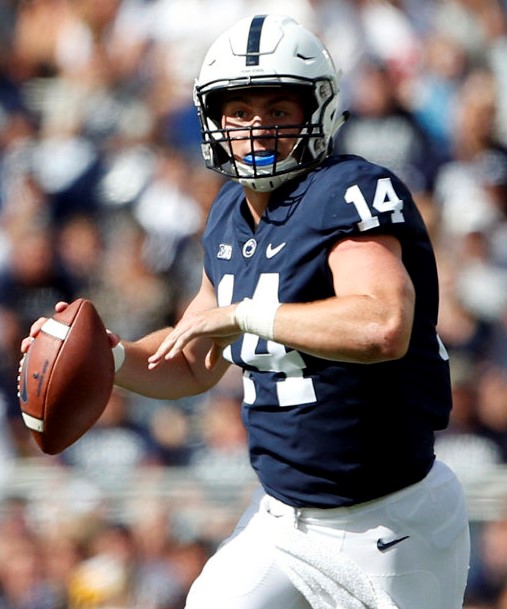 Today we continue with the quarterbacks. 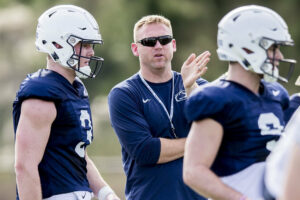 Since senior Tommy Stevens announced plans to join forces again with Joe Moorhead at Mississippi State, most of the focus when it comes to Penn State’s quarterbacks got pushed to Sean Clifford. And, there’s good reason for that.

There hasn’t been many opportunities for young quarterbacks to develop on the field, in games, over the last seven seasons because Penn State has had a good run of entrenched starters with Matt McGloin, Christian Hackenberg and Trace McSorley. But, Clifford has gotten some chances and made the most of them. He set a record for the longest touchdown pass in program history, a 95-yard strike to freshman receiver Daniel George against Kent State. He was 5 for 5 passing in the regular season, and his 399.71 passer rating is the stuff of fantasy, even for a young backup.

That said, don’t mistake the existence of the numbers with interpretation of them, even from the man who posted them.

“It was a lot of garbage minutes,” Clifford conceded. “It’s definitely different now. You’re in practice then, not getting hit. My first practice now, I’m getting knocked back, and that’s obviously a big difference. It’s just going to be getting used to it.”

Coaches say this is going to be at least a three-man competition, though. Redshirt freshman Will Levis is physically gifted, even imposing, and he has a big-enough arm to make every throw in the passing tree. It wouldn’t be out of the question for the most physically gifted quarterback on the roster to blow away the coaching staff for a month. There’s also junior walk-on Michael Schuster, who head coach James Franklin has called “a culture driver” in the quarterback room.

In June, offensive coordinator Ricky Rahne predicted the quarterback battle would be a three-man competition, but he sort of left open the idea of that third man being a competition itself between two true freshmen who’ve been on campus since January.

Ta’Quan Roberson saw plenty of action in the Blue-White Game, completing 3 of 9 passes. Size- and style-wise, he is reminiscent of a young Trace McSorley and is a similar competitor. He seemed to get more playing time in April than fellow Class of 2019 member Michael Johnson Jr., but Johnson had more success in that game, completing all four of his passes for 36 yards. They’re different styles of quarterback, and it may come down to who fits the rest of the personnel better if Penn State opts to scrap convention and elevate one of these two to the starting job for the Idaho game.

Let’s face it: The coaching staff has to say this will be a “competition,” because technically, anyone can lose a job at any time. But it would be a monumental upset if Levis or the freshmen or Schuster or anybody else was able to supplant Clifford. Clifford was a top prospect himself, Penn State has put the time and effort into developing him on the practice field and in games, and he has looked strong when given those opportunities. It’s his job to lose, and he’d really have to lose it.

Levis will be interesting in the backup role, because he is somewhat reminiscent of Stevens. So, it wouldn’t be out of the question if the staff figures out a way to use him similarly.