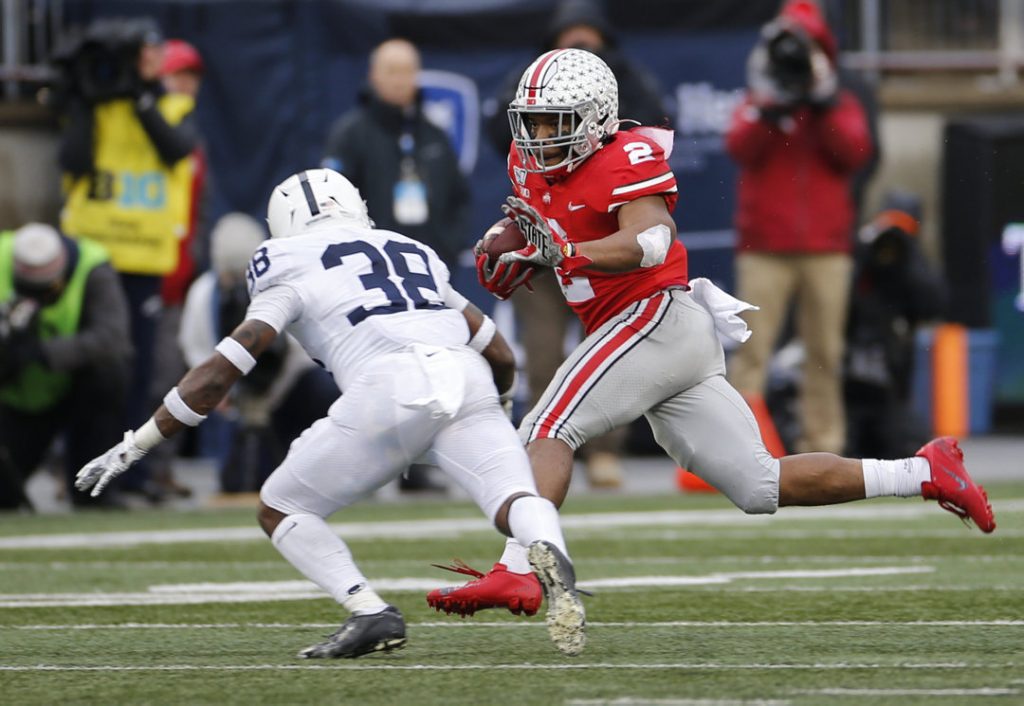 Today, we take an in-depth look at the defensive backs.

The key fact: Penn State lost two long-time starters to graduation, and losing the production of CB John Reid and SAF Garrett Taylor isn’t going to be easy. Combined, they made 65 career starts, had 295 tackles, 52 passes defensed and 11 interceptions.

It’s probably a bit of an upset that the nod here goes to Lamont Wade, because in many ways, he’s the most unpredictable player Penn State has in its secondary.

He came to the Nittany Lions as one of the nation’s top prep prospects at cornerback in 2017. But 2018, he was seeing so little meaningful playing time as a corner, he actually entered the transfer portal at season’s end. He came back to Penn State shortly after looking around — not certain that could be done quite as easily these days — intent on competing for a starting spot at safety. And, to his credit, he won it.

To his even greater credit, he thrived.

Among returning players, only linebacker Micah Parsons had more tackles than Wade did last season. He broke up five passes on the season and also had 4.5 tackles for loss, a tribute to his aggressiveness and versatility. Against Ohio State in November, he almost single-handedly brought the Nittany Lions back into contention, registering 10 tackles and a Big Ten-record-tying three forced fumbles.

Wade’s career has been interesting, to say the least. He has a chance to finish it off in a big way, considering how aggressive this defense can be.

Who will step in alongside Wade at safety? Penn State’s string of needing to replace a steady, productive safety will continue in 2020, but it the competition to replace Taylor may be more fierce than the ones to replace Marcus Allen, Troy Apke and Nick Scott in previous years. 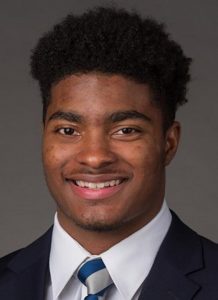 Safety Jaquan Brisker had to learn a new role in 2019.

Former Lackawanna College standout Jaquan Brisker is probably the odds-on favorite to step in, and he had a solid first season last year. He was a Cotton Bowl penalty away from leading the team in interceptions, and 19 of his 32 tackles came in the second half of the season. The position he played last season — a true free safety role — hardly compared to the one he played as a sophomore with the Falcons, where he led defensive coordinator Bill Reiss’ group in tackles, tackles for loss and sacks. But, Wade grew into it, and safeties coach Tim Banks said Brisker has even started to learn the strong safety role and some nickel responsibilities as well. At 6-foot-1, 210 pounds, Brisker has NFL size, and he showed at Lackawanna he can play a more diverse role.

That said, he’s not going to have an easy time securing the spot. Jonathan Sutherland forged a key role on special teams last season, but he’s a hard hitter who still has promise as a safety. The Nittany Lions also moved sophomore Trent Gordon to the safety spot from corner, where he was solid in 2019, to provide added depth. Tyler Rudolph, a redshirt freshman, was a pretty good prospect in his own right, too, and he showed speed and fearlessness last year in the Blue-White Game. Early enrollee Enzo Jennings has a shot to compete for playing time, too.

Penn State isn’t getting a lot of credit for the depth it has built at safety, but it sure is intriguing. 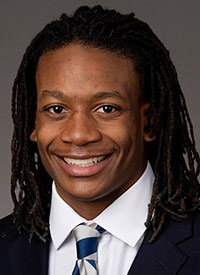 As a freshman in 2019, Marquis Wilson intercepted two passes.

Penn State has had solid corners over the years, guys like Reid who are stout all around, but who also don’t seem to have the same foot speed as some of the quicker receivers in the Big Ten.

Marquis Wilson looks like he can be more of an NFL player someday, a speedster who is fearless, will excel on an island and has the confidence to want the best receivers in the conference one-on-one, all day long.

Wilson didn’t play much early as a true freshman, but you can argue he was as impressive as anybody at the position in the second half of the season. In 10 games, he had two interceptions and three forced fumbles. One of the picks was really the play that drove the final nail in Memphis’ coffin in the Cotton Bowl.

He’ll likely be the guy who takes over for Reid as Penn State’s No. 1 corner, despite some pretty impressive depth at that position, too. 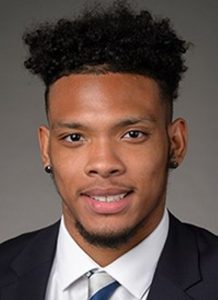 CB Tariq Castro-Fields is hoping for a turnaround season as a senior.

Maybe this is a stretch, because he’s a good bet to actually be a starter. But this had the makings of a big spring for Tariq Castro-Fields.

There were times early in 2019 where it looked almost certain that Castro-Fields would be able to leave for the NFL after his junior season. By the time the season wrapped, it was fairly debatable whether he’d even enter camp in the spring with a starting spot locked up. When the Nittany Lions’ pass defense started to falter, the spotlight got bigger on Castro-Fields’ play. He had 52 tackles last season and led the Nittany Lions with 8 pass breakups and was among the slew of players who led the team with a pair of interceptions. But he seemed to have a lot of trouble turning around in time to make plays on passes, and opponents took advantage of him consistently in one-on-one coverage.

There were whispers that Castro-Fields wasn’t 100 percent as 2019 progressed, which would explain why his effectiveness waned. If he can rebound and have a solid senior season in 2020, it sure would be a boon to a defense that needs better play at the cornerback spot. But he’s going to have to hold off Keaton Ellis and Joey Porter Jr., among others, to keep that job. A good spring would have went a long way.

This is a solid group overall that is only going to get better. Perhaps the one position group where a lot can change even in a short preseason camp.