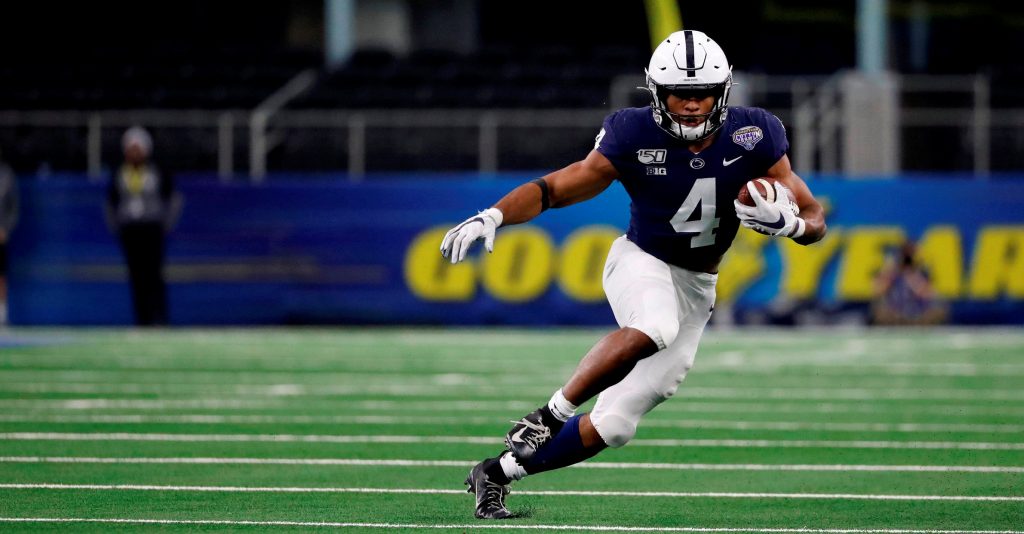 Today, we conclude the series with an in-depth look at the running backs.

The key fact: Penn State has recruited the running back position hard over the last few recruiting cycles, loading the position with top recruits who have all, to this point, had some measure of success. The reason they’ve done that: To maintain depth and protect against transfers and early entrees into the draft.

That has never been more successful than it will be heading into 2020. Even with one-time five-star recruit Ricky Slade entering the transfer portal after a struggle of a 2019, the Nittany Lions still return a strong stable of backs that accounted for 83.3 percent of the position’s total carries last season.

Journey Brown opened the season firmly as Penn State’s No. 2 running back, and many fans had his pegged more as the No.3 or 4 back, in actuality.

By the end of the season, he was considered one of the best backs in the nation.

How did that happen?

Well, it was a matter of a player building confidence playing with that newfound certainty.

“I’ll go back with Journey to the Minnesota game,” running backs coach Ja’Juan Seider said. “He played his tail off. Then what he did to Ohio State in the second half was probably as impressive as anybody in the country. The last four or five games, and I know I’m biased, but I thought Journey Brown was playing as good as any running back in the country. He got freakish athletic ability and strength that he’s finally tapping into. The thing that I was so impressed with in the bowl game was finally getting him to play as fast as he is.”

Brown led the Nittany Lions with 890 yards last season, averaging a whopping 6.9 yards per carry. But 593 of those yards came from November on, a string of five games in which he averaged 7.6 yards per tote. Penn State famously used the “running back rotation” throughout 2019, but Brown was so impressive closing out the season, head coach James Franklin offered in January that Brown would start the Blue-White Game. He has separated himself in a really talented room, and now, Brown is not just the leader of the running backs, but perhaps the entire offense.

Penn State running backs coach Ja’Juan Seider will have the challenge of keeping a talented stable of backs involved and happy again in 2020.

How do the carries get split? There’s a reason Penn State used a rotation in 2019: It had a lot of good backs, a lot of highly recruited, highly rated backs. If you want to keep them all, you need to keep them happy.

The Nittany Lions have a potential superstar in Brown, but there’s also a pretty good stable of talent behind him. Sophomore Noah Cain rushed for 443 yards and eight touchdowns in just 10 games last season, giving Penn State a power aspect to the running game. Sophomore Devyn Ford also had some big moments — he averaged 5.7 yards per carry — and there are two more four-star prospects at the position being added to the room, including early enrollee Caziah Holmes.

It’s very likely that at least those four backs will share the carries to some degree, and the beginnings of that timeshare might have been forged this spring. But unlike last year, it seems Penn State is going to go into 2020 with two players — Brown and Cain — who promise to be the workhorses. 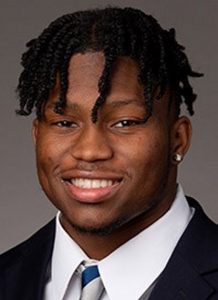 Running back Noah Cain starred as a freshman and could be the offense’s surest bet in the running game.

What Noah Cain does works.

It works at Penn State. It works in college football. It works in the NFL. It will work everywhere, for anybody.

He runs hard. He hits the hole. He makes his cut. He runs downhill. He gets the yards that are available, and not fewer.

Cain lost yardage on just three of his 84 rushes last season, and he rarely looked like a raw freshman.

Brown is much more of a home-run hitter who added an element of the physical game to his repertoire late last season, but if his game doesn’t remain at that level, Penn State’s running game should still be effective because of what Cain brings. He’ll be a productive chains-mover. 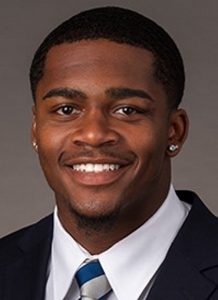 There’s a clear No. 1, and a clear top backup, and there aren’t many scholarship backs who would have been around for the spring. So, the candidates here really are the sophomore Ford and Holmes, the incoming freshman.

Ford is probably the one who fits the question best, because Seider said the gap between him and the top two backs isn’t wide. The spring would have afforded him a shot to maybe narrow that, especially considering he was a good bet to get a fair share of the Blue-White Game carries.

Thing is, there should be plenty of carries to go around if the running game is performing well. Last season, Ford had 52 carries, a number that should increase — especially with Ricky Slade leaving the program — as long as he produces during the season.

Holmes probably loses out on the experience of getting his feet wet in college ball this spring, but that’s not going to be a huge deal for him moving forward. Likely, a missing spring isn’t going to affect Ford much, either. Playing time will be there for those who produce.

It’s a pretty obvious depth chart for a position Penn State can lean on in 2020.