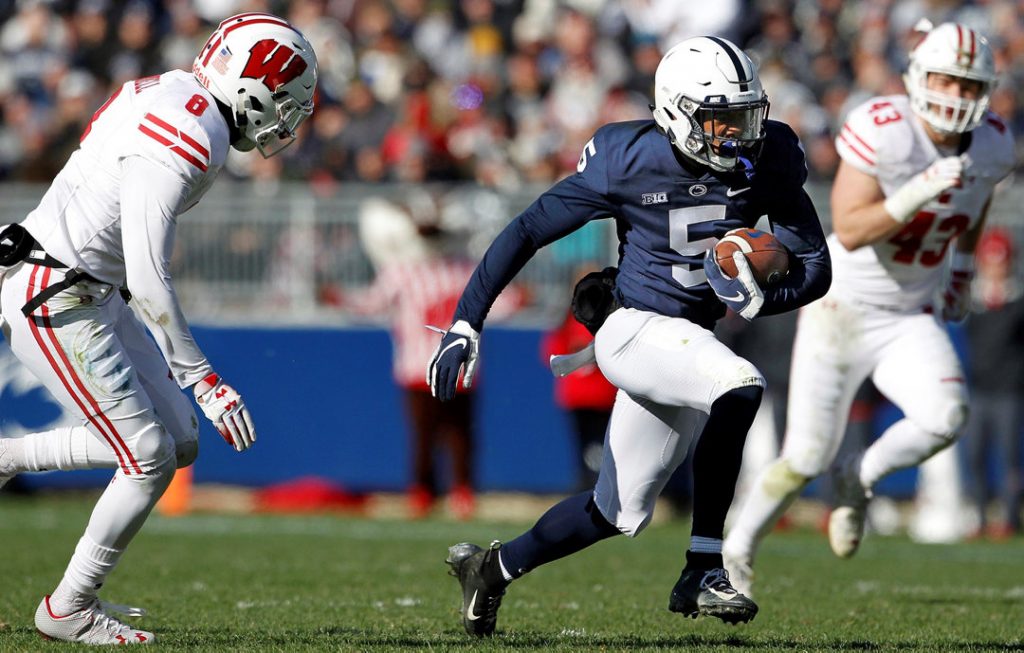 Today, we take an in-depth look at the receivers.

The key fact: Look, we all know Penn State is inexperienced at receiver. But it might not be clear just how inexperienced they are.

That’s explainable enough: Penn State had a rough offseason as far as losses at the position. KJ Hamler entered the NFL Draft, understandably. But one-time top prospect Justin Shorter transferred to Florida, and junior Mac Hippenhammer left the team to focus on his baseball career, leaving the Nittany Lions short two players who have at least played a little bit. 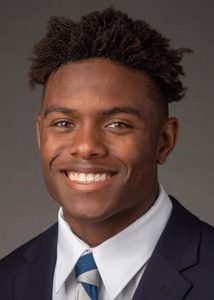 Jahan Dotson has a catch in each of Penn State’s last 20 games.

Can’t throw out numbers like the ones above without acknowledging Dotson is the clear leader of this group.

Last season, Dotson had at least one catch in every game, and his streak of games with a catch reached 20 because of that. That’s a pretty good run of consistency, of course, especially considering he’s not one of those receivers who gets a lot of short throws on swing passes.

That said, he doesn’t have more than four catches in any of those games. And, he had more than 50 yards in just four of them (58 at Rutgers in 2018; 109 vs. Buffalo, 79 vs. Purdue and 70 at Minnesota in 2019). He’s Penn State’s top returning wideout, but he might not be the same target for quarterback Sean Clifford as tight end Pat Freiermuth promises to be.

Penn State will need Dotson to be more productive, but just as consistent and explosive this season. For his career, Dotson is averaging 17.3 yards per catch, and if he can stay in the 15-17 ypc range next season, he’ll develop into exactly the big-play type of receiver Penn State needs.

If not, he has all the makings of being a move-the-chains kind of target. 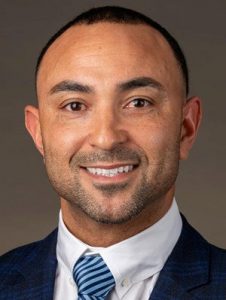 Penn State receivers coach Taylor Stubblefield is hoping to turn around a group that has struggled hanging onto the ball in recent years.

In 2019, the Nittany Lions were better under Corley’s replacement, Gerad Parker. But, not much better. There were too many dropped passes that stalled drives, too many poor routes that led to interceptions. Even star receiver KJ Hamler struggled at times in both regards. In the season’s first loss at Minnesota in early November, it would have been fair to blame receiver play as the biggest culprit. Shorter ran a poor route that led to an early interception. He dropped a key pass. So did Daniel George. Overall, it wasn’t a winning effort.

Penn State wants to be a Big Ten contender, and it has the talent at just about every position to get there. But, it needs more winning efforts from a receivers group that is far more loaded with unknowns than it is proven commodities heading into the season.

Parker is out, although it’s due to a promotion; He’s now the offensive coordinator at West Virginia. New receivers coach Taylor Stubblefield is a journeyman assistant who has had success at Miami and Utah and a few other stops in between. Penn State, however, is his 11th coaching stop since 2007, and there is some concern that he won’t bring the stability the position needs. What the receivers need more than coaching stability, though, is performance stability. It will be up to Stubblefield to right the ship, and do so in the near term. If he can, Penn State will take a big step forward offensively. 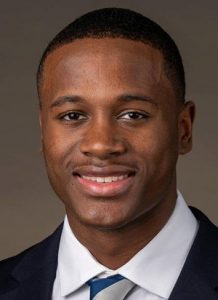 KeAndre Lambert-Smith would have been participating in his first spring practice.

Early enrollee KeAndre Lambert-Smith wasn’t the highest-rated prospect in Penn State’s 2020 recruiting class, but he’s the rookie the Nittany Lions will count on most right out of the chute.

Lambert-Smith was an electrifying high school player in Virginia, catching 60 passes for 1,035 yards and 14 touchdowns as a junior, then was even better as a senior. Last season, Lambert-Smith piled up 1,635 total yards and 28 touchdowns. In the Virginia Class 5 state title game, he had 135 total yards.

In the biggest games, Lambert-Smith was the biggest star in his classification in a state known for quality high school football.

He’s the kind of player Penn State needs. The Lions can be OK if Dotson continues on his upward trajectory and Freiermuth keeps on stretching the field from the tight end position. But it needs another receiver to step forward and be a threat.

Others have had the chance to do that and not come through. Lambert-Smith is going to be next in line, and Penn State needs him to be as clutch in college as he was in high school.

There are a few players who qualify here.

Cam Sullivan-Brown is a junior who had eight catches in four games last season, then got hurt. He’s not a dynamic receiver, but he does something that the more dynamic threats haven’t done: He catches the ball. Coming off the injury, this could have been a big spring for Sullivan-Brown to show he’s healthy and could build off a strong comeback with a starting spot on the line. Instead, he’ll be a guy who has gone a long time between rodeos.

It can also be argued that Daniel George would have been a big benefactor of a good spring. The sophomore has had a few big moments in his first two seasons with the Nittany Lions, but he has also struggled with the drops, and his route-running wasn’t always consistent last season. Entering his third season in the program, George likely has the inside track on a starting spot. But he needed to instill some confidence all around in his ability to be a factor.

It’s also an opportunity lost for the two Florida standouts who were part of Penn State’s 2019 recruiting class. John Dunmore and TJ Jones both spent the year learning the system, adding muscle and getting ready to compete for playing time in 2020. But spring practice would have been a good time for them to distance themselves from Lambert-Smith in the race for playing time. Dunmore, especially, is a breakout candidate, but the guess is that they’ll be seen on much more even footing when practices do resume.

This is easily the most wide-open position on the depth chart for Penn State, whenever it can start evaluating talent on the field again. This can go a dozen different ways, but one thing is certain: The Lions need to keep the veterans healthy, and a youngster needs to step up and be a major factor.