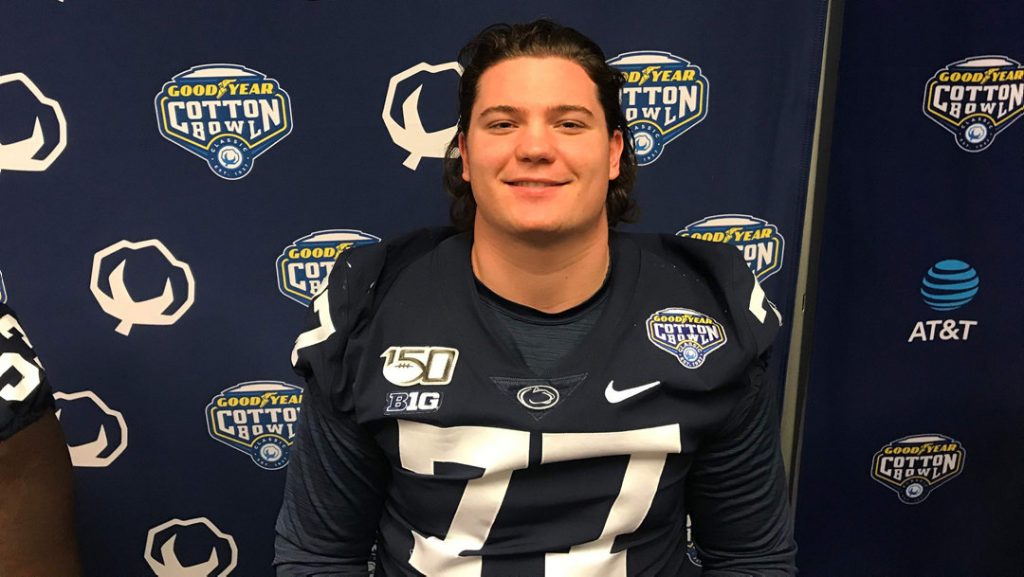 Judge Culpepper’s mother eats mealworms, and pretty much everybody in America knows it.

That’s not an insult, a joke one kid might say to another on the playground. It’s a fact.

The bulk of Culpepper’s story has always been about how he grew up, and with whom, because you can’t talk about Penn State’s sophomore defensive tackle without talking about his famous parents or his courageous brother or two next-door neighbors who arguably are the best ever to do what they did in their respective sports.

But this season, the 6-foot-4, 294-pound Culpepper said it’s his turn to write a new chapter in his biography, one centered on his own accomplishments and a bright future on a Nittany Lions defensive line that is counting on him becoming a consistent factor behind starters PJ Mustipher and Antonio Shelton for the first time in his three seasons on campus.

“I’ve worked really, really, really hard these last three months, and I think that I’m ready,” Culpepper said. “This offseason, I’ve been focusing on getting stronger and getting faster. I worked out in the weight room with my brother when I was home every single day for that quarantine. We really got after it, so I feel like I put in a really good body of work in our offseason, in this weird little time that we had. I feel like I’ve come out a lot bigger and a lot more ready.”

Mental and physical toughness have always been key tenets of life in the Culpepper home. So is surviving.

His father, Brad Culpepper, is a former All-American defensive tackle and nine-year NFL veteran who forged a solid career as a hard-nosed, gritty force in the trenches for the Tampa Bay Buccaneers. His mother, Monica, might be even tougher, in her son’s estimation.

She competed on two seasons of the wildly popular CBS reality television show Survivor. On Survivor: Blood vs. Water, the series’ 27th season that aired in 2013, she competed alongside her husband, who also appeared on two different Survivor seasons. He finished 15th in that one. She was the runner-up, and to get there, she did something that still amazes her son.

“She did a food challenge, and she smoked a bunch of other people,” Culpepper laughed. “She was eating grub worms and cow eyeballs and a bunch of crazy stuff. There were like 10 people in the challenge, and my mom ate all of that food the fastest. I was impressed. I always knew my mom was tough, but eating grubs and cow eyeballs, that’s no easy feat.”

Neither is beating cancer, but he watched his brother — Syracuse senior quarterback Rex Culpepper — battle and beat testicular cancer in 2018. He was diagnosed in March of that year and declared cancer-free by July, but those were hard months that reminded Judge of the importance of the family’s toughness.

“It was really difficult because it was right before I came to college, so I was at home with him a lot of the time and I sat with him through chemotherapy,” he said. “I kind of watched him wither away a little bit, and that’s scary to see. But he got through that and now he’s more than the person I remember. It’s really inspiring how he came from the lowest of the low.”

It hasn’t always been hard. Judge Culpepper was a frequent guest of his father at Buccaneers alumni events and games where his old teams were being honored. He got a chance to meet and get to know legends like Warren Sapp, John Lynch and Mike Alstott, his dad’s old “running buddies.”

He also had every day brushes with greatness. His next-door neighbor growing up in Tampa was legendary Yankees shortstop Derek Jeter. When the Captain — “A really awesome guy,” Culpepper raved — recently sold his home there, he and his father had a short conversation during quarantine with the new owner, “talking about boat stuff.” His name: Tom Brady.

His interesting life has intersected with fame, but now, Culpepper would be content to get a bit of his own through his work at Beaver Stadium.

“I’m excited, I’m really excited, that all the work I’ve put in will get to pay off,” he said.