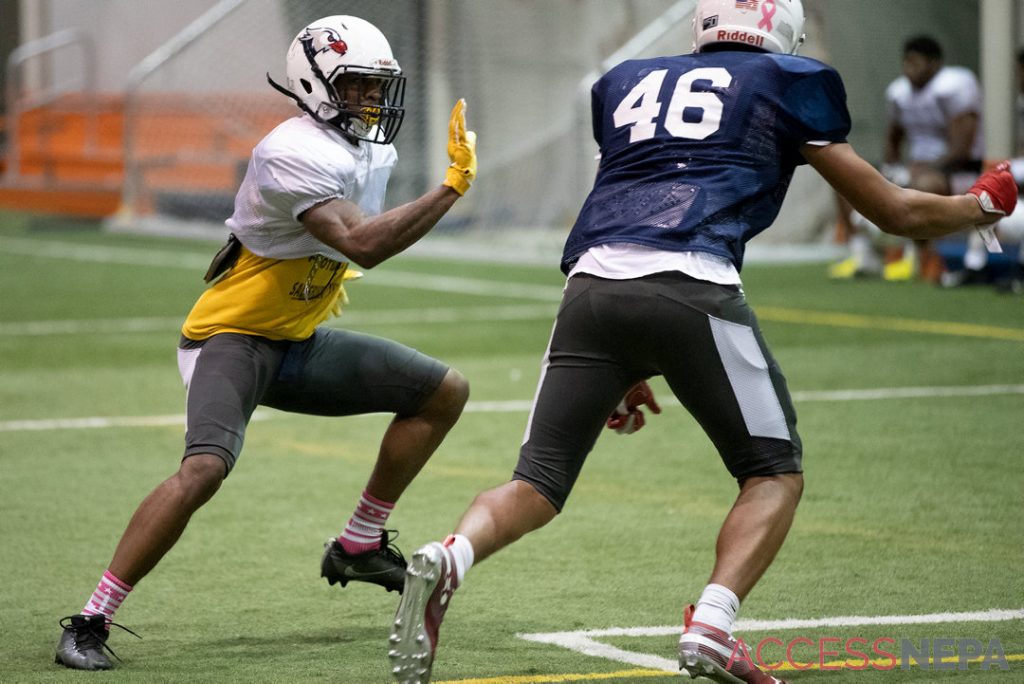 Lackawanna’s Warren excited by PSU offer, many others

Lackawanna College cornerback De’Jahn “Nugget” Warren is up to 16 offers now. At least, I think that’s what he’s at. Haven’t checked since he announced Wednesday afternoon that Mississippi State got in touch with him to offer a full ride.

I wrote my weekly Thursday column today on Warren and his recent surge on the recruiting trail. For a kid who didn’t get a single big-time offer out of high school, it has been a whirlwind two months for Warren. Nick Saban called him personally to pitch Alabama with an offer. Mario Cristobal stopped a staff meeting at Oregon to announce to the room that Warren was on the phone all the way from Scranton; the assistants erupted in applause.

“I could be doing homework, and the next thing I know, I’m getting a DM from a coach asking me to call him shortly,” Warren said during an interview at the Lackawanna College Student Union on Tuesday afternoon. “Then, boom, you have an offer. You could be doing anything. You’re in the caf, you can be taking a shower, in the bathroom….I can’t stress how random it can be. I can be in my bed watching a movie, then boom, a coach hits me up.” 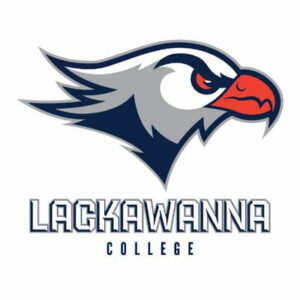 Warren has offers from the Big Ten, Pac-12 and SEC, and it’s looking like he’s going to be one of the biggest junior college recruits in the nation heading into his sophomore season with the Falcons in the fall.

On Feb. 15, Penn State offered the rising 6-foot-1, 185-pound cornerback a scholarship, and it’s one that Warren holds in high regard.

“My family are Penn State fans, even though I’m from Maryland,” Warren said. “My dad and stepmother are very big on Penn State, and it meant a lot to them just as it meant a lot to me. They were my first college visit other than Lackawanna. Going to Penn State, seeing the campus, seeing how actual D-I players train, it was really good.”

Warren’s recruiting contact with Penn State has been cornerbacks coach Terry Smith, and he said they’ve built a strong bond.

Of course, Penn State has built quite a pipeline with Lackawanna in recent years. Safety Jaquan Brisker and offensive lineman Anthony Whigan joined the Nittany Lions out of Lackawanna in the 2019 recruiting class, and Falcons stars Ji’Ayir Brown and Norval Black will be part of Penn State’s program starting this fall. Getting Warren on top of that would continue to strengthen that bond.

Competition will be fierce this time, though. And Warren already has a process set up to get him on the right path. 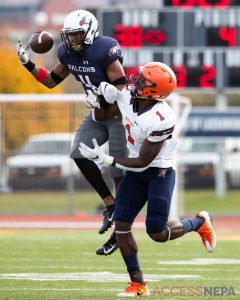 TIMES-TRIBUNE FILE Lackawanna College’s DeJahn Warren, left, is piling up scholarship offers like he did interceptions in 2019 with the Falcons.

“Before I choose a school, I’m going to have to go to the school,” he said. “After I go to the school, I have to figure out what else they have to offer besides just sports. After that, I need to find out if we have a good DB coach or not, because this was my first year playing corner. I’ve got to develop, because I really want to make it to the league. For real, it’s academics, DB coach, and I just have to fall in love with the campus.”

So, the first step is already a relative certainty for two schools. Warren said he’s hoping to make a visit to Tennessee — the first school that extended him an offer — perhaps as soon as Lackawanna’s spring break, although he said final plans haven’t been made yet. He also plans to head back to Penn State for the annual Blue-White Game on April 18.

“Everything else is day by day, as far as visits,” he said.

I asked Warren if he’s enjoying the recruiting process, and his eyes lit up. “I love it,” he smiled. And that makes sense.

Coming out of Suitland HS in Forrestville, Md. — the same program that sent NaVorro Bowman to Penn State — Warren didn’t get an offer. He started his career as a drastically undersized junior varsity kick returner, made the varsity roster as a safety eventually, and never had the motivation in the classroom to make himself a serious student. Coaches would ask to see his transcripts occasionally, and that would signal the end of any real interest, he recalled.

But at Lackawanna, he said he has learned to become a better student, one who sits in the front of the class, engages, finds interest in the material and gets assignments done when they’re assigned, not the day they’re due. He likes being a student now, he said, and will be interested to discuss graduate programs available with his next potential school. Warren said he doesn’t know for sure what he wants to major in yet, but he plans to decide on December and did mention studying to become a teacher or physical therapist.

“Other than my play, I’m so proud of my academics,” Warren said. “It’s a great feeling to talk to a coach and not be talking about grade issues. They’re like, ‘What are your grades?’ And I say, ‘I’ve got a 3.2 (cumulative GPA) and I at least want to graduate with a 3.5. So, it’s going to go up.”

In short, Warren knows what he wants. And, he’s going to have no shortage of options.