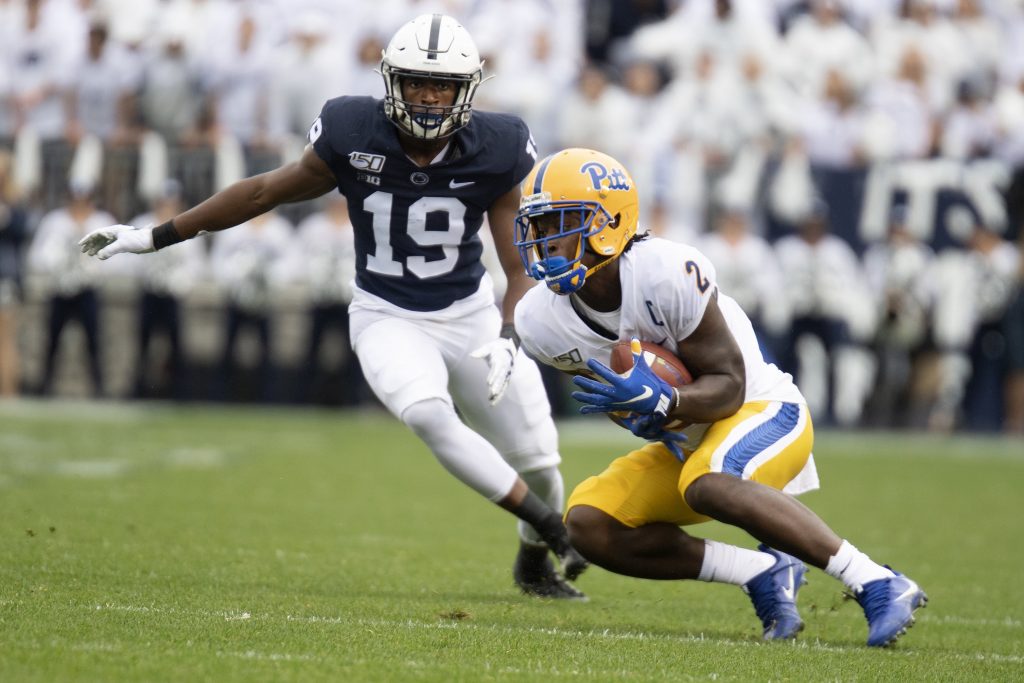 For most players, heading to a bowl game is a chance to see something different, to experience new places, to simply get a change of scenery.

Trent Gordon doesn’t mind he isn’t going to get any of that this week.

Penn State’s redshirt freshman cornerback won’t exactly be in unfamiliar surroundings this week as the No. 10 Nittany Lions prepare for No. 17 Memphis in the Cotton Bowl Classic at AT&T Stadium. After all, he’s the only player on the Penn State roster from Texas who sees regular game action.

“It is a homecoming,” Gordon smiled. “I’m playing in a great bowl. I’m playing in Jerry’s World. My family is going to be there, and I’m going to have a lot of support. I’m excited to go back to Texas,

just to try all the food again and do some of the things I can’t really do up (in State College).”

Gordon said he’ll have more than a dozen family members making the trip from all over Texas to watch him try to help slow quarterback Brady White and the vaunted Memphis passing attack Saturday. He is a native of Spring, Tex., which is about 230 miles south of the Dallas-Fort Worth area, just outside of Houston. But he also has family members living in Dallas who will be in attendance to cheer him on.

Gordon said that, despite growing up in Texas, the Cotton Bowl wasn’t an annual rite of passage for his family. In fact, he grew up a fan of the New Orleans Saints.

“I’m not really a Cowboys fan,” he laughed. “But I will take them over the Texans.”

Sophomore tight end Pat Freiermuth might have been a first-round pick had he elected to pursue an NFL career after this season.

However, he elected — somewhat surprisingly, in this day and age — to announce just after Penn State’s regular season finale against Rutgers he plans to return for his junior season with the Nittany Lions in 2020.

He called the decision an easy one, and he had a blunt reason why.

“I just wasn’t ready to live by myself and handle responsibilities as a young adult that I have to do in the world, living by myself and things I’m not too familiar with,” he said. “Just the physical stuff, I think I have more to develop in my body in college. I feel like I have more time that I need here in college to make the most of my college experience.”

Playing in the palatial home of the Dallas Cowboys, being around NFL players this week hasn’t exactly been uncommon. In fact, former Nittany Lions offensive lineman and Lake-Lehman High School standout Connor McGovern has been a regular guest.

They also got a visit from Green Bay Packers legend Donald Driver, who built a relationship with head coach James Franklin during Franklin’s days as the Pack’s receivers coach in 2005.

He’s a legendary Hall of Fame player,” Penn State quarterback Sean Clifford said. “To have him there at practice is obviously something you don’t get to experience every day. All that experience he’s had, all the legacy he’s got with the Packers, with his history with coach Franklin, it’s really cool to see him and hear from him.”

Memphis will be without another one of its better offensive players Saturday, as tight end Joey Magnifico will miss the game with an infection in his knee.

He caught 20 passes this season, but Franklin has praised his ability as both a blocker and receiving threat leading up to the game. Top backups Cameron Wilson and Tyce Daniel have combined for just four catches this season.