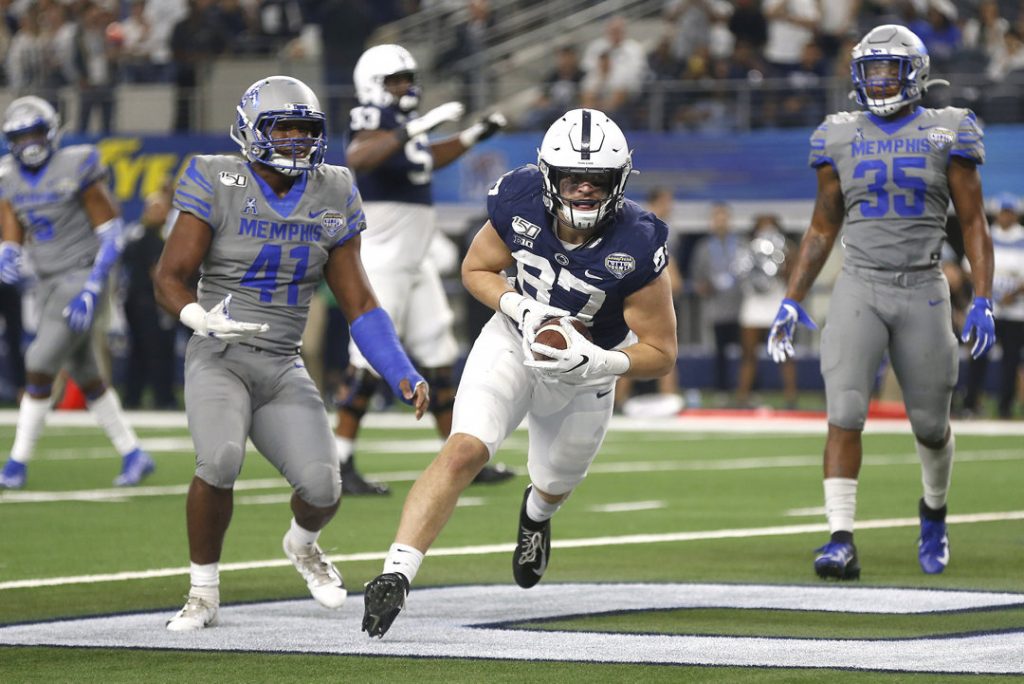 With gifted and productive three-year starter Mike Gesicki staring down his final season of eligibility, Penn State coaches hit the recruiting trail with an aggressive, if obvious plan.

They wanted to get two of the best tight end prospects in the nation.

By any measure, they succeeded. That’s the recruiting class that brought a four-star prospect named Pat Freiermuth to Happy Valley, and Freiermuth’s name already is somewhat entrenched among the Nittany Lions’ all-time greats at the position. Some project him to be the top tight end selected in the 2021 NFL Draft after his junior season, and if Penn State is able to play as much as a handful of games before that point, he’ll entrench himself at or near the top of most of the program’s statistical lists for receivers.

Back in the spring of 2018, though, the other tight end head coach James Franklin’s staff landed in that recruiting class was considered at least as good a prospect. Both ESPN and Rivals.com ranked Zack Kuntz with the same overall rating as Freiermuth. Another recruiting service, 247sports, actually rated Kuntz a bit higher.

Assuming they can get on the field at some point for a 2020 season, there’s little doubt who Penn State’s starter at tight end will be. But there’s a spot open to be Freiermuth’s top backup, and in Kuntz’s mind, it’s time for him to show there is still plenty of production to go along with the expectations.

“Coming out of high school, every player’s goal is obviously to play right away as a true freshman and be a starter,” Kuntz said. “Everyone wishes they can do a little better and find some things to improve upon. From a football perspective, I obviously wish I can play a little more. But other players in my room have shown they have the ability to perform on a consistent basis. It’s my job to improve upon my game so I can earn that trust from the other players and the coaches so I can have that opportunity as well.”

Freiermuth and Kuntz have become a bit symbolic of the clout those star ratings have developed among fans, in relation to the reality that players develop at different stages. Freiermuth came to Penn State as a 19-year-old, spending an extra year after what would have been his senior year of high school honing his skills, and piling up offers, at the Brooks School in Massachusetts.

Meanwhile, Kuntz enrolled at Penn State in January of 2018, eight months younger than Freiermuth and halfway through what would have been his senior year at Camp Hill High School. 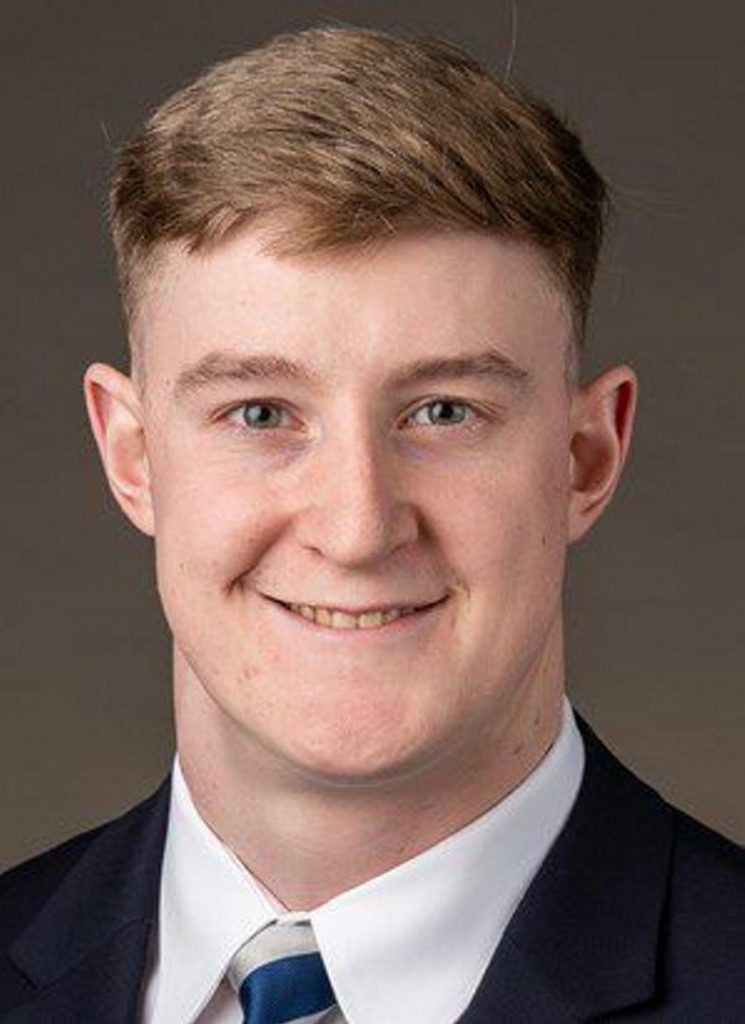 Plus, Freiermuth played a more traditional tight end position at Brooks; Kuntz by his own admission was a barely 220-pound “glorified wide receiver” who knew he needed to work on building size and strength in the weight room and, then, become a capable blocker.

“It helped humble me, especially coming out of high school,” Kuntz said. “I think a redshirt year was great for me, learning a lot and giving me that extra time to put on weight. I’m not a 220-pound high school kid anymore. I have a little more weight, which is definitely going to help your confidence, your movements and your strength overall.”

He knows he’ll be in a dogfight for that second tight end spot, though. Redshirt freshman Brenton Strange is highly regarded as well, and before the coronavirus led to the shutdown of spring practice, he was one of the most-talked about players during postseason workouts. Penn State also landed one of the top prospects in the nation, Theo Johnson, as part of its 2020 recruiting class, and he’s looking to forge a role as well.

Fact of the matter is, Kuntz knows the time to stake his claim might be now, and he has never felt more ready to grab the opportunity.

“I think Pat has shown what he can do — and he can do even more,” Kuntz said. “And I think it’s my time to kind of show what I’m made of and what I’m capable of doing.”