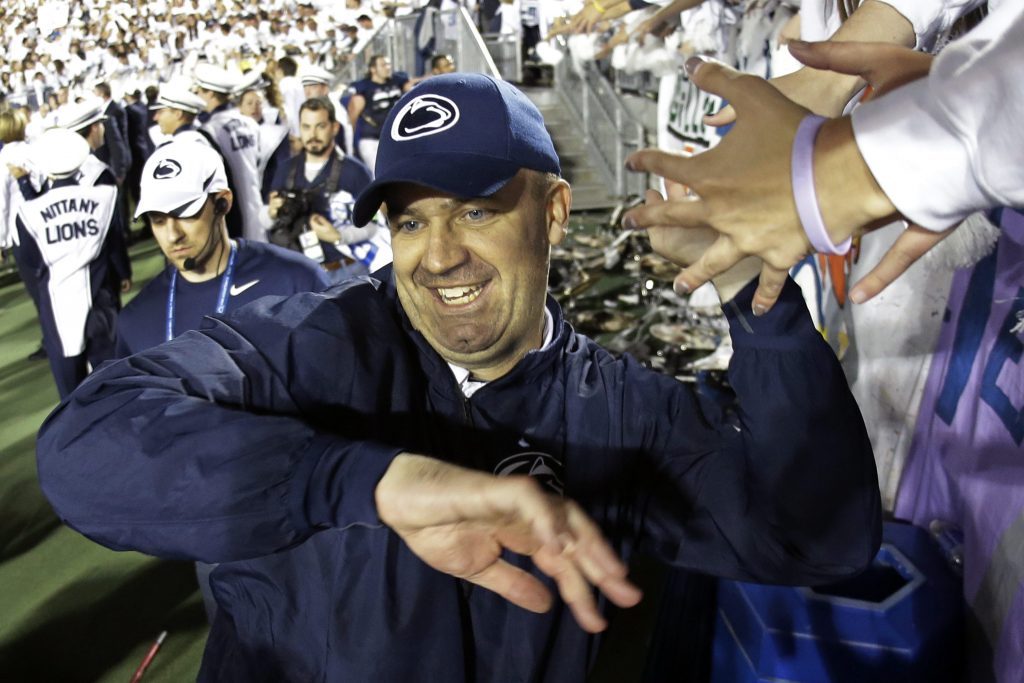 You can take from this what you want, I guess.

Alabama has a big game to play in a week, after all, and Steve Sarkisian will be running the offense through the national championship game against Ohio State even after being hired Saturday as Texas’ head coach. In that light, it’s difficult to picture someone as focused and regimented as Crimson Tide head coach Nick Saban putting too much time into forming a short list to replace Sark next Tuesday.

That said, FOX Sports college football reporter Bruce Feldman says there is such a list, and that one name on it will be especially intriguing to Penn State fans.

So, let’s get this out of the way: Even given how his tenure as Houston Texans head coach and general manager ended, Bill O’Brien would be a home run hire as a coordinator anywhere in the country, even at Alabama. His offenses during the 2012 and 2013 seasons when he was Penn State’s head coach were impressive. He convinced a five-star quarterback prospect, Christian Hackenberg, to come to Happy Valley with no guarantee of a postseason and under the real potential — and, later, reality — of NCAA sanctions that would severely reduce scholarships. He helped develop a walk-on quarterback, Scranton’s own Matt McGloin, into an NFL-caliber signal-caller in 2012, and in 2013, Hackenberg looked like a potential No. 1 overall draft choice in the future. 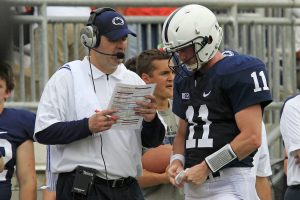 And if he goes to Alabama, O’Brien will have far more talent to work with than he ever did at Penn State. That would be as fun an offense to watch as any in the nation, potentially.

I just can’t picture O’Brien back in the college ranks. Not yet, anyway.

During his time at Penn State, O’Brien never hid the fact that he considered coaching in the NFL the “pinnacle” of his profession, and it did become clear to pretty much everyone around the program back then that the Penn State job was a means to that end for Bill.

Not saying that in a bad way, or to demean the college game or Penn State. O’Brien seemed to thoroughly enjoy coaching the Nittany Lions and working with that group of players, for sure. If the Penn State job was the best thing he could ever get in his mind, he’d have kept it for as long as he could. But once he got a good offer to be an NFL head coach, which he did with the Texans, he was gone. And it wasn’t a surprise. He’s just not a guy who seemed to love the recruiting aspect of college football and dealing with the boosters.

I get that it’s Alabama. I get that money isn’t really an object there. And for sure, it’s one of the few places in the country — maybe the only place — where a coordinator is practically guaranteed to get a big job after the time in Tuscaloosa is over, no matter how they do.

But, it’s not like it’s a position where you’re guaranteed to get an NFL head coaching job, and I can see that being what O’Brien still really wants. The openings in Jacksonville (which is focused on Urban Meyer, of course), New York with the Jets and, now, Los Angeles with the Chargers are probably in play for O’Brien, if he wants to pursue an NFL job vigorously.

Just can’t see him going the college route to revitalize his career. Not sure he needs to, anyway.