Spring practice shutdowns and time away from campus have plenty of college football players concerned. They also know they’ve been given a gift most like them don’t ever get.

Time with family. Time to think. Time to heal their bodies. Time to breathe. Time, in some cases, to better themselves in ways they might not have been able to before.

So when Sean Clifford was asked Wednesday afternoon during a conference call how he is making himself better during a quarantine that is approaching three months, he mentioned things coaches and fans might expect to hear: film study, meetings and workouts. However, some of his time is devoted to an activity that might not be on most players’ radars.

“I’ve been working really hard grinding through chess,” Penn State’s junior quarterback said. “That is one thing that I’ve found a lot of fun doing. I find a lot of connections to football.”

Clifford spent his sophomore season in 2019 learning the ins and outs of college football during his first season as a starter, with strong results.

He completed 189 of 319 passes for 2,654 yards and 23 touchdowns, finished third on the team with 402 rushing yards, and led the Nittany Lions to their third New Year’s Six bowl game in four years. He also knew there was room for significant improvement.

To pursue some of those improvements mentally, he figured a dive into the centuries-old bastion of strategy could provide as big a benefit. 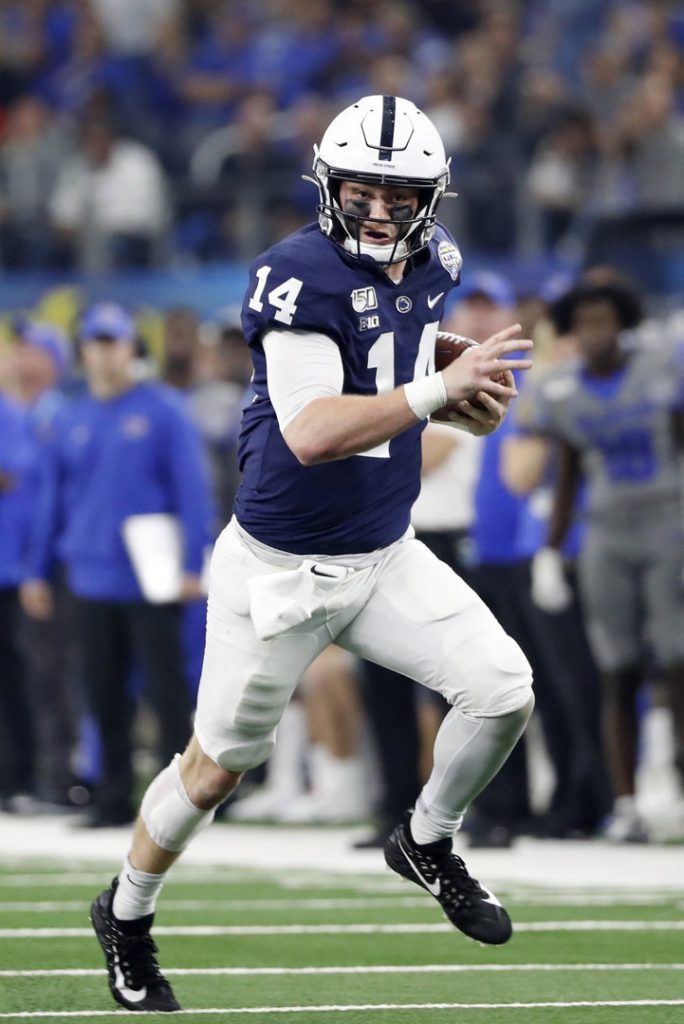 In learning chess, Clifford has worked with Seth Makowsky, a chess coach who trains athletes and teams on chess strategy in an effort to improve their on-field performance. He worked last summer with Houston Texans quarterback DeShaun Watson, and held spring practice sessions on mentality with UCLA’s football team in 2019.

While he has learned plenty about chess through Makowsky, Clifford prefers to refer to him as “an elite mindset trainer.”

“He really teaches you how to go through your reads and have a good formula to attack each play, attack each day, and kind of just grow as a person,” Clifford said. “So, I think that’s just one thing that I’ve really been working on.”

Chess, at least, is something Clifford can control in these craziest of times. He would have spent the spring learning new offensive coordinator Kirk Ciarrocca’s system and helping break in a group of young receivers. Instead, he’s joining in on nearly constant video meetings with teammates and studying up for Ciarrocca’s instructional sessions.

The last time Ciarrocca saw him throw a pass in person, Clifford concedes, was Nov. 9, when he was on the opposite sideline as Minnesota’s offensive coordinator. But Clifford spent the last few months working on techniques Ciarrocca taught on those video sessions, focusing on his footwork. He records his workouts on video, sends them to Ciarrocca in State College. The back-and-forth has proceeded that way since mid-March.

“One thing that we talked about is, with footwork and a good solid platform will come better accuracy, which he thinks that I have a very good capability of having,” Clifford said. “I’m very confident in that, too. I think that with better footwork, better platform, being able to drive the ball off my last step, off my hitch step, I think that’s going to pay dividends throughout the year.”