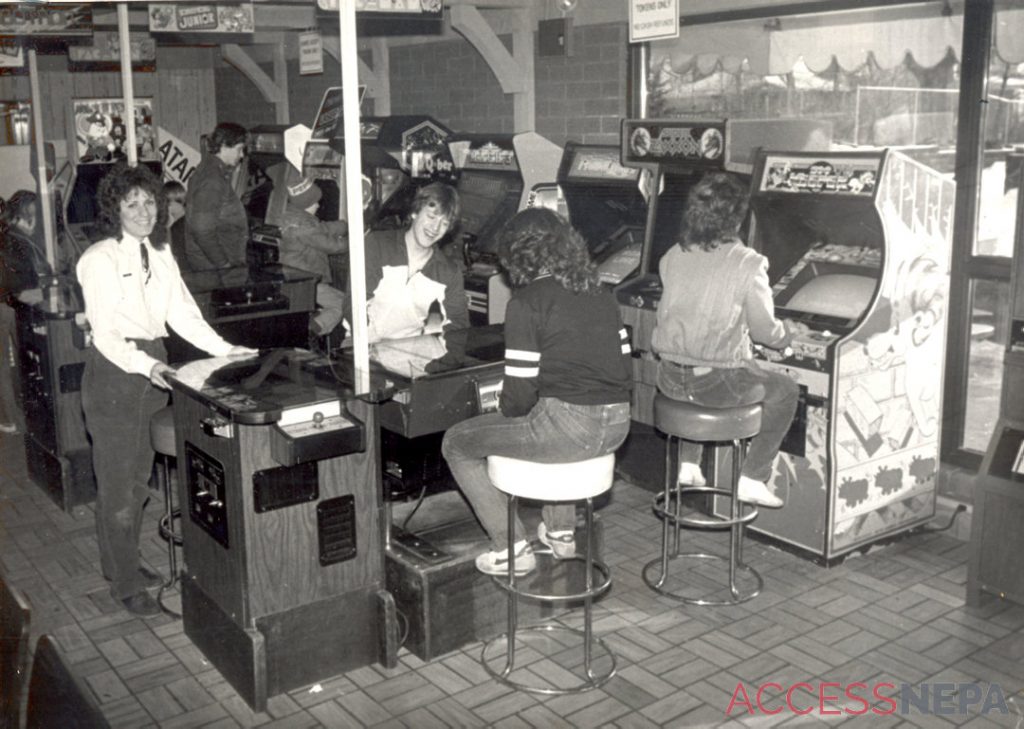 May 1983: The area’s first Top Dog location opened at the Pine Mall in Wilkes-Barre.

Top Dog was known for its blend of classic and innovative arcade games as well as a menu ranging from hot dogs to coffee, all of which cost only 39 cents. The Wilkes-Barre location had a staff of 24 working under the supervision of manager Dave Bradley and assistant manager John Cara.

A second Top Dog existed on Route 6 in Dickson City, which corresponded with an overall economic boom in the Mid-Valley.

Wilkes-Barre businessman Marvin Roth – whose eclectic business ventures included such household names as the Station Complex in Wilkes-Barre and Rocky Glen Amusement Park, Moosic – owned the local Top Dogs. The Dickson City locale was the third in a chain of Roth Novelty arcades and featured such games as “Pac Man,” “Mrs. Pac Man,” “Baby Pac Man,” “Whack-a-Mole” and newcomers to the gaming scene in the 1980s, such as “Congo Bongo,” “Mappy,” “Popeye,” “Zoo Keeper,” “Sini Star” and “Xevious.” Guests could play at stand-up machines, sit-down ones and regular tabletop games as well as bowl and play Skee-Ball. Customers who had a perfect game in bowling or Skee-Ball won a new stereo. 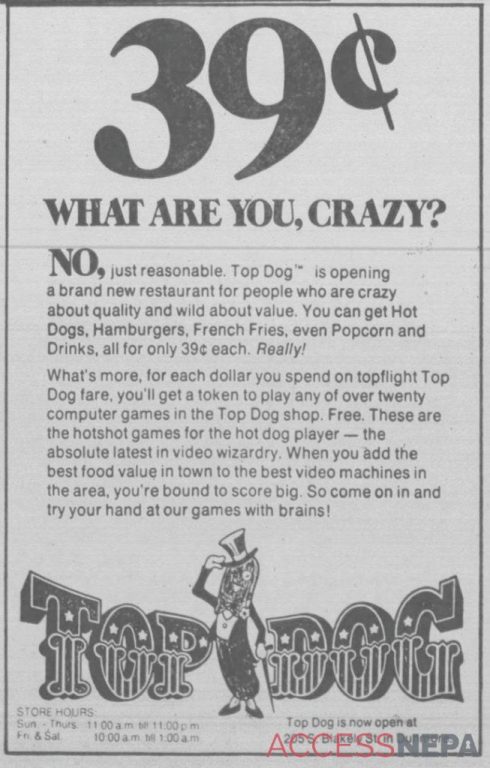 ACCESS NEPA FILE
A Top Dog advertisement from Jan. 12, 1983, in The Scranton Times.

Top Dog experienced a surge of patronage in its opening days, but the Dickson City location’s prosperity was not to last. On the night of Friday, March 1, 1985, a fire was set in the drop ceiling above the men’s bathroom in the back of the building. Ken Atwell, the location’s security guard, described the minutes leading up to the fire, after a patron reported seeing someone ignite paper towels in the bathroom and finding scorched paper on the floor.

“There was a grate there through the ceiling into the building’s attic,” Atwell said. “I could see through, and there were flames up there.” 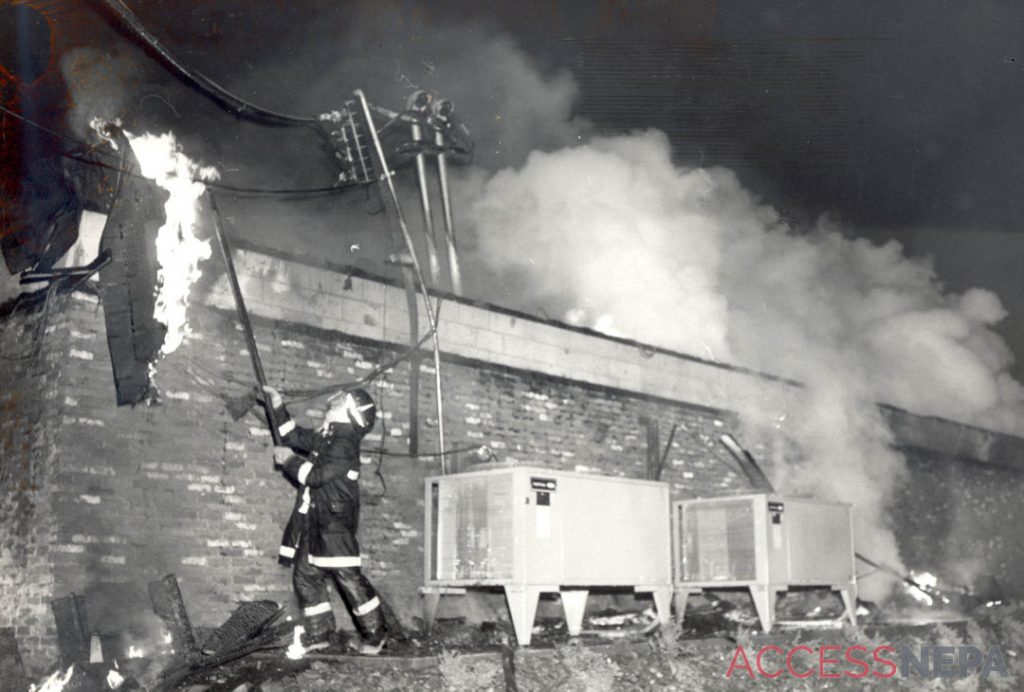 ACCESS NEPA FILE
Dickson City fireman pulls burning material from roof of Top Dog restaurant, near Viewmont Mall, which was destroyed by fire Friday, March 1, 1985. Firemen fought the blaze until 2:35 a.m. and return at 7:40 a.m. to douse a flare-up.

Mark Lehman, the location’s manager, climbed into the attic and unsuccessfully tried to put out the fire using two fire extinguishers. The staff succeeded in evacuating the more than 300 customers visiting Top Dog at the time.

“We just said, ‘Top Dog was closed for the evening and everybody out,'” Lehman said.

Firefighters arrived and remained on the scene until 2:35a.m. They then were called back when the structure began smoldering again around 7:58a.m.

Dickson City police investigated that arson as well as a series of burglaries that happened at the Viewmont Mall at the same time. Top Dog’s arsonist was never found, but the venue reopened.