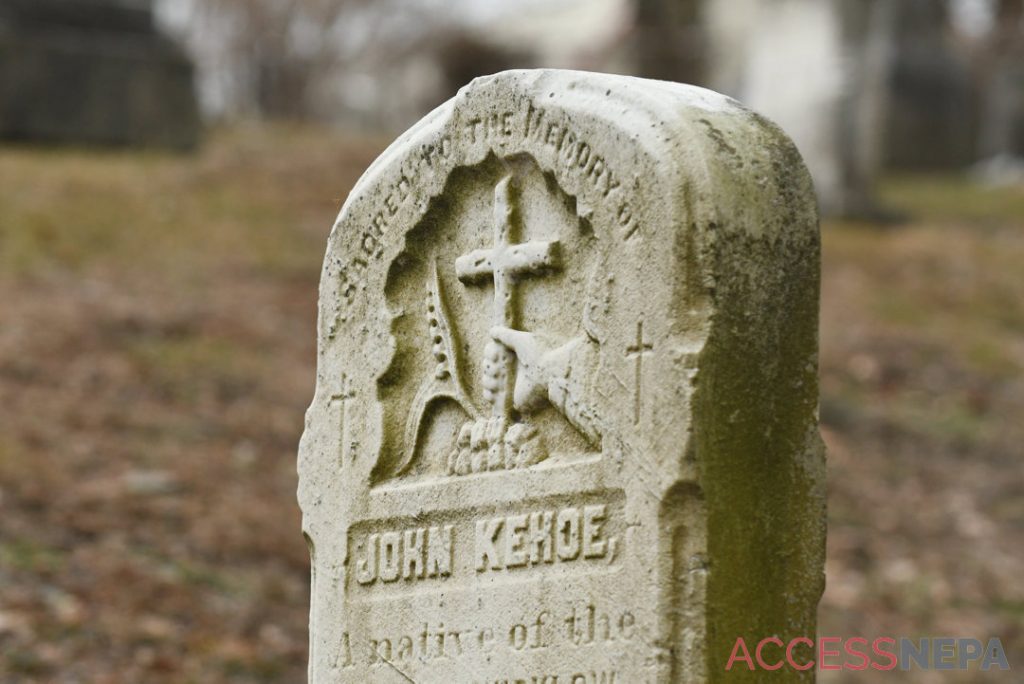 GIRARDVILE — John “Black Jack” Kehoe, the alleged “King of the Molly Maguires” was hanged Dec. 18, 1877, leaving behind his wife, Mary Ann, to raise their five daughters and run the tavern he had established in the borough.

Through the ensuing century and a half, the Hibernian House has endured two World Wars, the Great Depression, the decline of the coal industry and, now two, global pandemics.

Kehoe has become a folk hero, a martyr in the fight for workers and immigrants. His great-grandson, Joe Wayne, is now living history, interviewed by local schoolchildren and serving green-clad tourists. They quote “The Quiet Man” in mock accents and ask him what he thought of the 1970 movie “The Molly Maguires,” where Sean Connery played his great-grandfather with a Scottish accent (much to Wayne’s chagrin).

“The music by Henry Mancini was excellent,” he said. “I wrote words for that. The photography by James Wong Howe was good. Other than that, the movie sucked.”

Among the visitors on a recent Saturday afternoon was Ed McDevitt, a member of the Philadelphia Ancient Order of Hibernians.

“It’s a pleasure to meet you, sir,” he told Wayne as they shook hands.

“Ain’t that a wonderful sound?” Wayne said as he poured a drink. “Like a fart from a baby.” 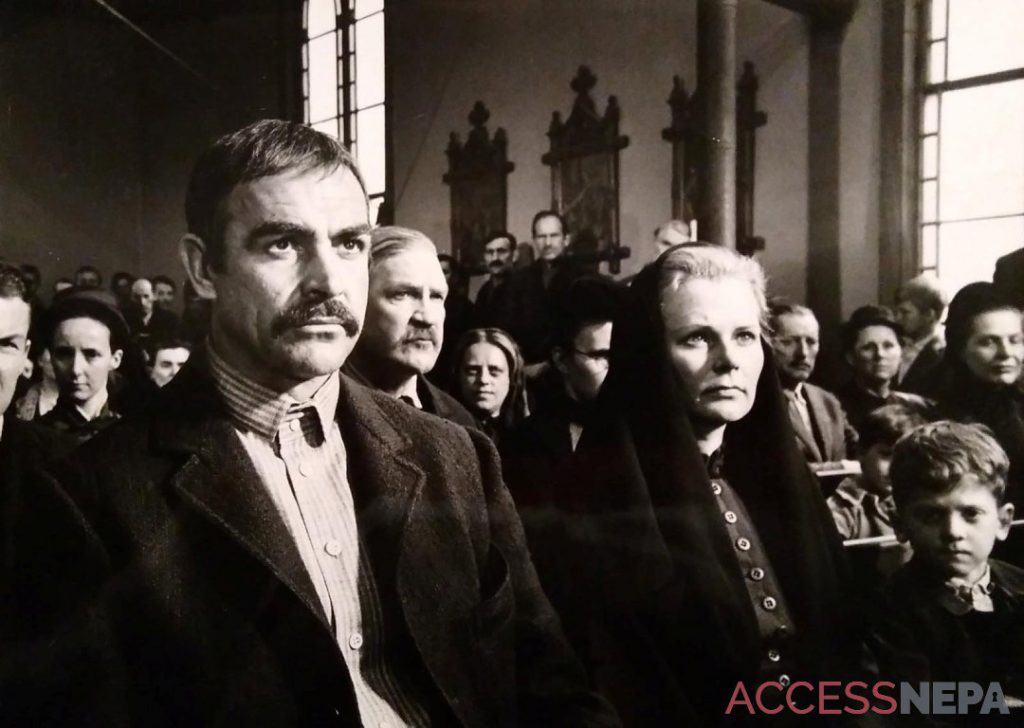 PARAMOUNT PICTURES
Sean Connery portrays Jack Kehoe in a scene from the film “The Molly Maguires.” The real Jack Kehoe’s descendant’s take on the movie? “The music by Henry Mancini was excellent. … The photography by James Wong Howe was good. Other than that, the movie sucked.”

Countless people have told Wayne that they, too, are related to Kehoe. He tries to explain that they can’t be, but they don’t listen. It has to be true, they say, because their fathers told them so.

“Finally you have to shake their hands and say, ‘Not too many people admit their line of bastardy,’ ” Wayne said.

Kehoe’s widow and her mother ran the Hibernian House until Mary Ann’s daughter, also named Mary Ann, inherited it and ran it with her husband, Jack McDonald. In 1941, their daughter Alice MacDonald and her husband, Raymond Wayne, ran it. Alice and Raymond are Joe’s parents. Joe took charge in 2002.

Kehoe’s spirit still haunts Schuylkill County, sometimes literally. After he was hanged, his body was taken by train to Girardville for a two-day wake, then to Tamaqua for burial, reportedly being kept on ice in the Tamaqua Railroad Station at some point. Local paranormal investigators have since investigated the station for ghostly activity.

“They put these recording machines all over and said, ‘You hear that? It sounds like Jack Kehoe’s saying “Can you help me?’ “ Wayne said. “Yeah, and I’m an astronaut. They give a dog’s rear end heartburn with the stories they come up with.” 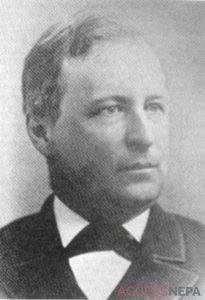 ACCESS NEPA FILE
Franklin B. Gowen was the coal baron who hired detectives to dismantle the Molly Maguires.

The troubles that ended with Kehoe at the end of a rope began during the Civil War. In 1863, mob violence against the draft was raging in Schuylkill County. That year’s Enrollment Act allowed wealthy men to avoid the draft by paying a $300 fee. One of the men who paid the fee was Franklin Benjamin Gowen, a prominent lawyer in Schuylkill County and a man whose actions in history secured him a place in the Hibernian House portrait gallery. A brash, flamboyant and well-spoken son of a Protestant Irish immigrant, Gowen was a failed mine operator before being elected district attorney of Schuylkill County. His father, James, witnessed schools, homes and churches burn during anti-Irish riots in Philadelphia. Although James was a member of the Ancient Order of Hibernians, his son would see the society as a mortal enemy.

In the ensuing years, a nonviolent group called the Workers Benevolent Association formed. The WBA was a threat to Gowen, who had risen through the ranks to become president of the Philadelphia & Reading Railroad which, through its subsidiary, The Philadelphia Coal & Iron Company, was gobbling up Schuylkill’s coalfields. He kept wages low and suppressed strikes with the help of the private police force, the Coal and Iron Police, known as the “coalies.”

It was then that the killings popularly associated with the Molly Maguires began. Gowen declared that “a noxious weed of foreign birth” was in the mines. The WBA dissolved due to ethnic conflict between the Welsh and Irish miners. In 1875, a letter supposedly from a Molly Maguire was published in the Shenandoah Herald.

“I am against shooting as much as ye are,” the letter read, “but the Union is broke up and we have got nothing to defend ourselves with but our revolvers and if we don’t use them we shall have to work for 50 cents a day.”

Meanwhile, Gowen had a secret plan of his own. In 1873, he hired a private detective named James McParlan, a slim 29-year-old Irishman with red hair and a redder face, to infiltrate the Molly Maguires. For his mission, McParlan reinvented himself as James McKenna. He claimed he was a Colorado miner looking for his fortune in Schuylkill County. “McKenna” sang, danced, drank and fought with the miners, slowly earning their trust. He would brag about violent adventures he never had. In 1874, McParlan was sworn into the Ancient Order of Hibernians under their motto: “Friendship, Unity and true Christian Charity.”

The summer of 1875 was one of shocking bloodshed. McParlan claimed Kehoe ordered the murders of “Bully Bill” Thomas and mine superintendent John P. Jones.

Then, on Dec. 10, a group of masked men attacked Kehoe’s in-laws in Wiggans Patch, near Mahanoy City. His pregnant sister-in-law, Ellen McAllister, and her brother Charles O’Donnell were killed and his mother-in-law pistol whipped. The county was horrified at what appeared to be an act of vigilantism. At that point, McParlan wrote a letter of resignation. 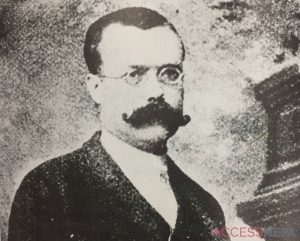 “As for the O’Donnells,” he wrote, “I am satisfied that they got their just deservings. Now to wake up this morning and find that I am the murderer of Mrs. McAllister. What had a woman to do in this case? Did the Molly Maguires in their worst time shoot down women?”

His superiors told him it was “fighting fire with fire.”

The church, the labor unions and the general public were appalled when they read about the Mollies’ crimes.

“They are scum and a disgrace to us Irishmen and American citizens,” said Father Daniel O’Connor, of Mahanoy City.

The trials and subsequent executions of the Molly Maguires began in 1876. They were hanged on the investigation of coalies and private detectives, the arrests by private policemen, the prosecution of Gowen and other coal region lawyers, and McParlan’s testimony. The juries had no Irish-Americans; they were predominantly German-Americans who spoke little English. Even now, Wayne is disgusted at the miscarriage of justice. When asked whether McParlan and Gowen have any descendants, he said, “I hope not.”

The papers salivated over the trials. Gowen and his allies made fire-and-brimstone sermons about how the Mollies were Irish savages that must be eliminated. Gowen saw all labor activists as no better than lawless murderers. No trial was more sensational than the trial of the “King of the Mollies.” The defense brought in witnesses to vouch for Kehoe’s character, but it didn’t work.

“As to his conduct, that has always been good,” one said, “but as far as the reputation goes, I never did hear much good.”

Among the many allegations of Molly political corruption was that they used their influence to deliver the Irish vote to Republican candidate for Pennsylvania governor John Hartranft, defeating the Gowen-backed Democrat Cyrus L. Pershing. Rumor was that the Mollies expected pardons in return.

“If we don’t get justice,” Kehoe allegedly said to the county jailer, “I don’t think the old man at Harrisburg will go back on us.”

The pardon never came. Kehoe was sentenced to seven years in prison for the attempted murder of “Bully Bill” Thomas. It took 20 minutes for the jury to decide the verdict. Gowen wasn’t satisfied. He believed that the Molly scourge would never be eradicated unless Kehoe hanged. Kehoe was tried for Langdon’s murder and sentenced to death in what historian Kevin Kenny called “unquestionably the most dubious of all the verdicts handed down to the Molly Maguires.” No witnesses claimed to have seen Kehoe in the mob that day and, allegedly, another man who had been hanged for a different murder had confessed to the crime.

Although he defeated what the public saw as “The Mollies,” Gowen’s story did not end well either. After running the railroad into bankruptcy, he was eventually ousted and, on Dec. 13, 1889, put a bullet through his head in the Wormly’s Hotel in Washington, D.C.

Looking back, Wayne sees the Mollies as the forerunners of today’s labor unions.

“The names have changed, but the corporate structures and so forth aren’t too different today as far as unions are concerned,” he said. “Look what’s going on down in Georgia today and Alabama with Amazon.” 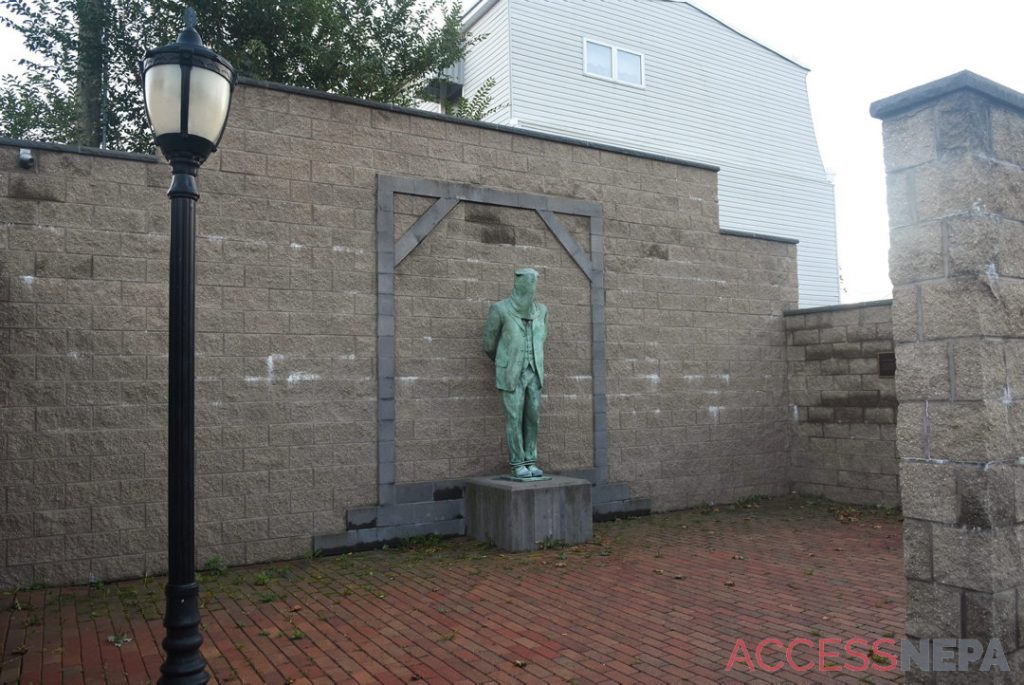 Since Kehoe’s hanging, the ethnic tensions have abated. Wayne grew up on a street with people of English, Welsh, Italian, Russian and Lithuanian descent.

“It was a melting pot,” he said. “Back in those days they took advantage. We were all immigrants. But there was nobody more prejudiced than the Irish were. When the Irish finally got a foothold in the mines, the owners didn’t like the idea of having to pay more money out so they started bringing the Eastern Europeans over. And what did the Irish do? They started calling them names, mocking their food and their customs and so forth. And nobody was harder working than the Lithuanians, Polish, Ukrainians.”

“Anyone who comes and tells you time heals all wounds don’t know what they’re talking about,” Wayne said. “That’s the sad part of getting older, believe me. You don’t realize, when somebody dies and you’re at their funeral, there’s some of you going in that hole.”

As he grows older, Wayne sees Girardville’s traditions fading away, too.

“All of the organizations are gone,” he said. American Legions, “VFWs, the Catholic War Vets, the AOH, the Elks, all the memberships are going down. The younger generation won’t be involved in anything. … They don’t read about (history).”

And yet, he still has the folks who gathered from across Pennsylvania to be here this Saturday afternoon and listen to him talk about his great-grandfather and the Molly Maguires. They listen as he talks about his younger days — “I don’t know if you ever picked coal a lot. Coal is sharp.” — and his memories of the Hibernian House.

“They expect me to live forever,” Wayne said. “I hope I do, but that’s not gonna be the case. I figure 125 would be long enough.”

John Kehoe was buried in Old Saint Jerome’s Catholic Cemetery in Tamaqua, on a hill of yellow grass overlooking the town. The cemetery is old and worn now — its gates are as rusty as Kehoe’s jail cell. The graves are cracked and broken. Many of them are so eroded that the names are no longer visible. Some are knocked over and shattered in the wind, like the leaves that scatter in front of them. Low on the side of the hill, behind a fallen tree, is Kehoe’s grave, the best-preserved of them all. The words at the bottom are faint, but they read “WHILST IN THIS SILENT GRAVE I SLEEP/MY SOUL TO GOD I GIVE TO KEEP.” There is an American flag at the foot of his tombstone.