Beatlemania to the rescue

A lack of work early in the month meant 75 production workers would be furloughed indefinitely. The notice had gone out on Feb. 7, 1964, affecting the employees who worked the wee hours of the morning.

In early 1964, the mop-topped Brits visited New York City for the first time and appeared on “The Ed Sullivan Show,” raising their profile in America and cementing a deal with Capitol Records.

“A notice furloughing the workers, effective yesterday, was rescinded by David Lawhon, plant manager, when the firm received a new order for ‘Meet the Beatles’ … which should provide at least another week of work for the plant’s third shift,” a Feb. 8, 1964, Scranton Times article reported. “Mr. Lawhon stressed that all production workers are to report Monday to the same job and shift to which they were assigned during the past week.”

“Meet the Beatles” featured a host of hit songs, including “I Want to Hold Your Hand,” “I Saw Her Standing There” and “All My Loving” on the A side, as well as “I Wanna Be Your Man” on the B side. The album was the first of several Beatles albums Capitol released in the U.S. that year.

Interestingly, Capitol Records took a while to get hip to the Beatles. The company, which had the production plant, national credit office and billing center and the headquarters of Capitol Record Club all in Scranton, passed twice on distributing the British group’s music in the early 1960s.

But with “Meet the Beatles,” Capitol Records made up for its earlier skepticism.

“Employment is off to a record-breaking start, thanks to the Beatles,” Lawhon told The Scranton Times in March 1964. “Millions of their records were pressed here as the plant went on an around-the-clock basis six days a week during parts of January and February.” 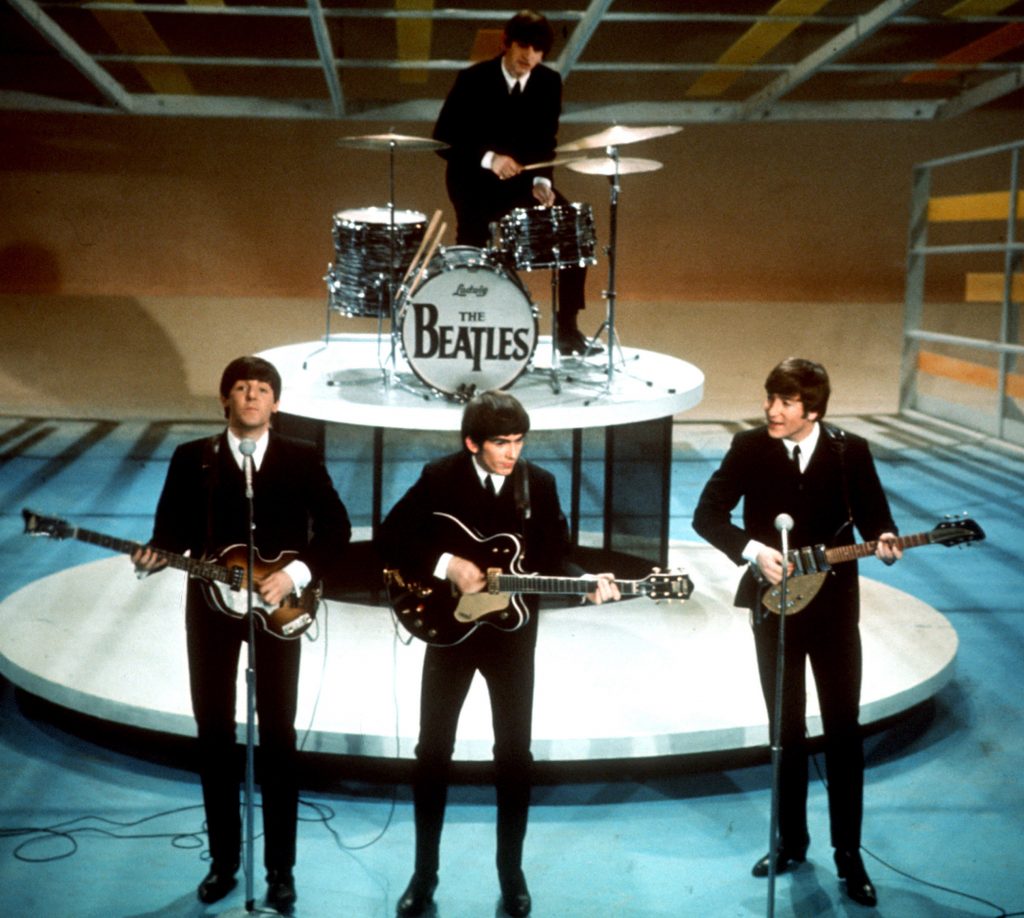 The “extraordinarily successful records” by the Beatles kept more than 1,100 people employed at the plant, Lawhon continued, contributing to a record $4,092,797 local payroll in 1963, the highest since the firm started operations in Scranton back in 1945.

Capitol Records wasn’t the only business in the state to catch Beatlemania in 1964. The British group also proved a boon to Pittsburgh-based Allegheny Airlines, which reported in mid-February 1964 that it was operating two extra cargo airliners each night to get Capitol records to stores around the country.

“Frank O’Boyle, Capitol’s national traffic manager, reports the firm for the past three days has shipped more than 35,000 pounds of freight by Allegheny, the equivalent of 400,000 copies of the new record, to such metropolitan areas as Chicago, Cleveland, Detroit, Los Angeles and elsewhere,” The Scranton Times reported on Feb. 13, 1964.

Even local stylists cashed in on the craze. Mary Ann’s Beauty Shop at 1009 Taylor Ave. in Scranton’s Hill Section ran advertisements in late February offering a “free Beatle haircut” with every $2 wash and set.

“It’s short with shaggy bangs, sideburns pushed behind the ears,” the ad said. “Looks like it needs a haircut on the boys, looks feminine and in-the-beat on the girls.”

And on Feb. 29, 1964, Mancini’s on Blakely Street in Dunmore announced a performance by Beatles’ impersonators Blue Angels, “with original Beatle haircuts singing The Beatles’ top hits” that evening.

Erin L. Nissley is an assistant metro editor at The Times-Tribune and the editor of The Valley Advantage. She’s lived in the area for 15 years. Contact the writer: localhistory@timesshamrock.com.