On this Veterans Day, we honor the men and women who have served in the defense of the United States.

100 Years Ago – Nov. 11, 1920: The Armistice Day parade in Scranton started with a bang. Prior to the start, “bombs” were launched over the city and gently descended from the sky thanks to American flag parachutes.
Once on the ground, the parade got underway. Leading the parade was Anthony Narish, grand marshal, P.L. McGee, parade chief of staff, and Leo Van Gelder, aide to the grand marshal.
Following behind were 3,500 representatives of the Army, Navy and the Marine Corps, veterans and nurses who served in field camps and hospitals. Disabled veterans, many of whom were blinded by the use of gas on the battlefield, were carried in automobiles.
A riderless horse with empty boots and turned saddle was led along the parade route to remember the servicemen who died in service of their country.
Several of the veterans marching in the parade were carrying signs and banners to bring attention to the fact that they have not received a bonus for serving in the war.
A few banners read that our European allies in the fight gave their soldiers bonuses of $1,000 to $1,600. Our soldiers received $60.

75 Years Ago – Nov. 12, 1945: Hundreds gathered in silence along Washington Avenue as a solemn parade made its way to the Soldiers and Sailors Monument for Armistice Day exercises. This was the first peacetime Armistice Day since 1941 and took place on Monday since Nov. 11 fell on a Sunday.
The parade started in the 400 block of North Washington Avenue with members of the Koch-Conley American Legion post, Gold Stars Mothers, Veterans of Foreign Wars and Jewish War Veterans; American Red Cross volunteers; and Spanish-American War veterans. 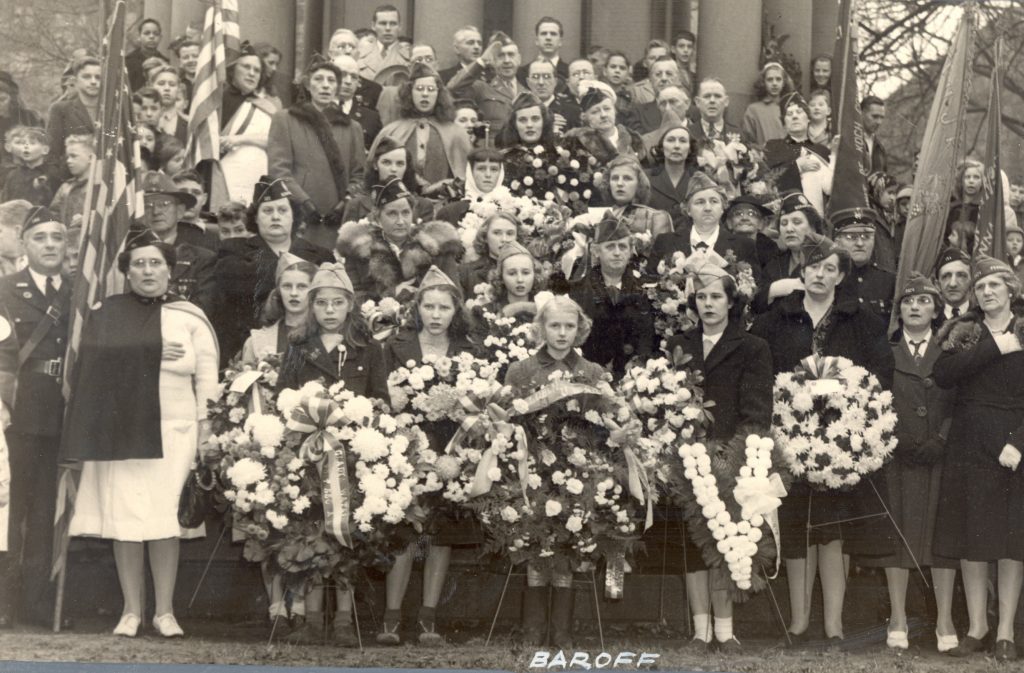 The Scranton Times photographer captured this moment during the 27th annual Armistice Day service at Courthouse Square on Nov. 12, 1945. The wreaths were carried by girl members of the veteran’s junior auxillaries were later placed around the Solider and Sailor Monument on the square to honor our nation’s war dead. TIMES-TRIBUNE ARCHIVES

Among the many veterans was A.E Perkins of Adams Avenue, who served with Lt. Col. George Custer in the Indian Wars of the 19th century. Perkins had participated in Armistice Day exercises each year since 1918.
Once the parade arrived at Lackawanna County Courthouse Square, events got underway with the Rev. William Golightly of Immanuel Baptist Church giving an invocation. Edward Crowley, commander of the Koch-Conley post, then gave some short remarks. A firing squad stepped forth and fired off a salute followed by the sounding of “Taps.”
The service ended with the placing of wreaths around the monument by members of auxiliary groups from various veterans organizations.
Following the service, Lackawanna County Judge T. Linus Hoban, a lieutenant colonel in the Pennsylvania National Guard, spoke at the Koch-Conley post. Hoban fought in both World Wars and was a prisoner of war during the most recent one.
“If we do not make democracy work, then we will again hear the drums and bugles of war,” he told those gathered.
In addition to the events in downtown Scranton, American Legion Post 675 in West Scranton held a patriotic service on the morning of Nov. 12 at Allen Park at North Main Avenue and Price Street. The service featured music from the Salvation Army Band and an address by Attorney Ernest Gazda.
In the Midvalley, the Ambrose Revels American Legion post held a short service at the Archbald Borough Building that included the playing of “Taps” followed by a moment of silence.
The area also marked Armistice Day on the football field with two annual high school games: Central took on Dunmore, while Blakely faced Jessup. An estimated crowd of 7,000 attended the Central-Dunmore game at Athletic Park, which Dunmore won 26-6. And about 4,000 people filled the stands at Blakely High School Stadium, which ended in a scoreless tie. 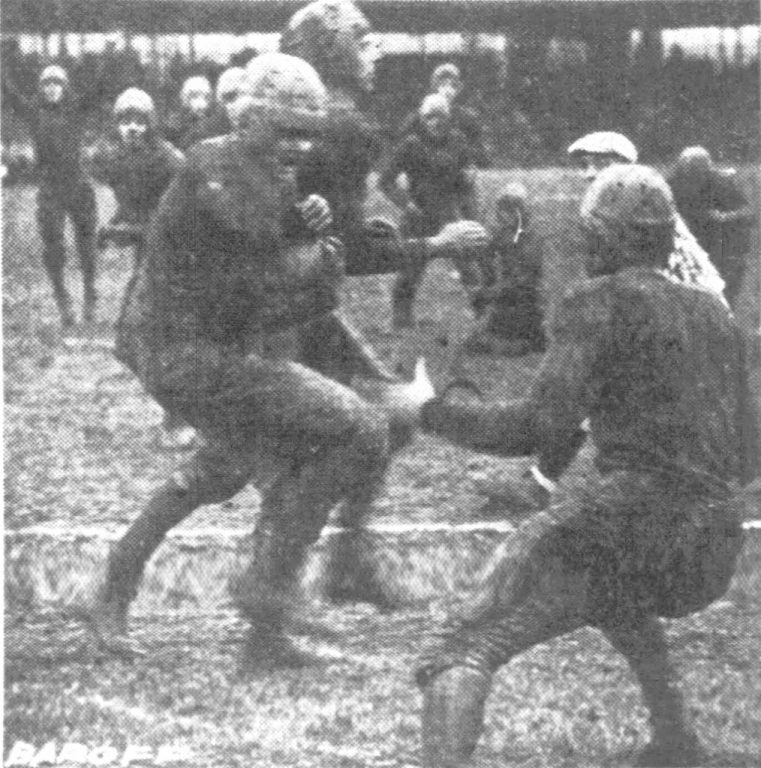 Central’s Bill Sanders catches a pass from quarterback Tiommy Fitzpatick to score the team’s only touchdown during the annual Armistice Day game on Nov. 12, 1945 at Athletic Park. TIMES-SHAMROCK ARCHIVES 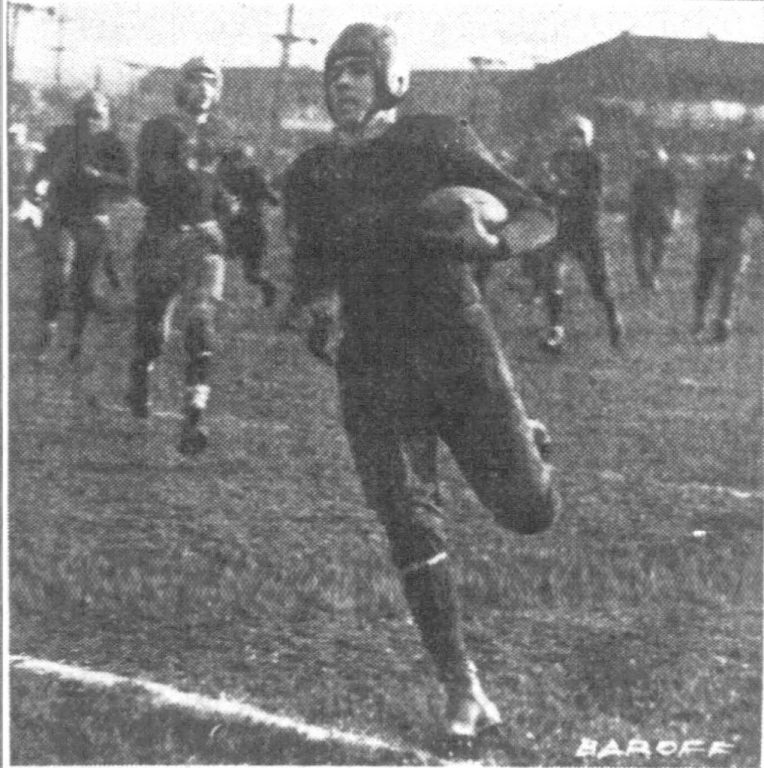