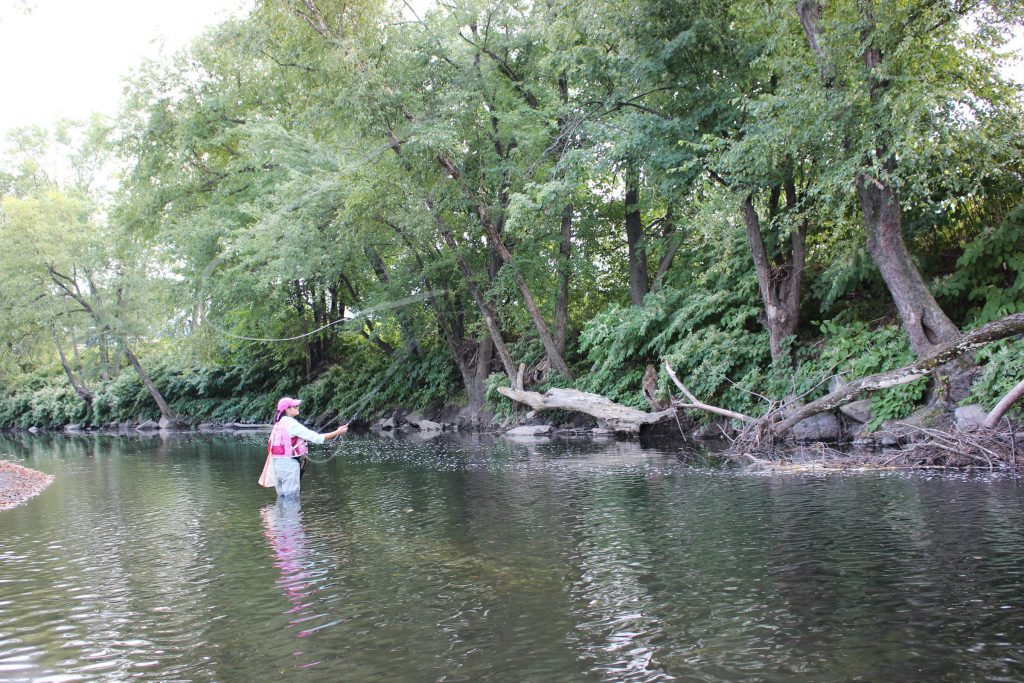 Warmer days during fall can be productive for fly fishing

Although the cool, clear water of the autumn freestone stream was somewhat slower than it had been at the end of May, standing a few feet out into the head of a long pool that was overshadowed by the thinning canopy of a century-old maple tree, the emergence of a small, but increasing, number of slate drake adult mayflies could be seen hovering just above the surface of the water. It was clear that the increase in mayfly activity had not gone unnoticed by the trout.

Fall is a great time to be out on trout waters, with some nymphs, a streamer or two, a selection of dry flies and one’s favorite fly rod all that is needed to have a great day catching some of the many brooks, browns and rainbows that have weathered the warmer and low water conditions of the past summer. Eastern Pennsylvania has many very good trout streams that offer the new and experienced fly angler alike a great opportunity on the water in the fall.

Even though most major fly hatches on creeks and streams are known to be in the spring months and into the early summer, now through a good part of November can offer excellent fly-fishing opportunities.

As conditions can greatly change in the autumn months from fluctuating temperatures and water levels to even the passing of a tropical storm, the fly angler should be prepared to utilize different tactics from fishing with nymphs to terrestrials to streamers to dry flies to take advantage of the full spectrum of what autumn fly fishing can offer.

Nymphing is the foundation of where many people that fly fish in the fall begin as mayfly, caddis and stonefly nymphs are a staple of a trout’s diet throughout the year, including the autumn months. On most regional trout waters, trout see an abundance of different nymphs that they could be feeding on, and the goal is to experiment and learn what the trout are keying in on based on the location and the conditions of where you are fishing.

Warmer conditions in the early fall could keep trout in many streams keying in on part of their summertime diet of ants, hoppers, beetles or even crickets that may end up in the waters. This can make fly fishing for native brook trout or stream-bread trout in the fall a fantastic experience, and it is not just nymph fishing that can be effective.

If the conditions are right and the weather is decent as it can be in early October, terrestrial fly patterns such as an ant or a cricket can work well.

Larger patterns tied to imitate larger food sources such as a baitfish are referred to as streamers and can be effective when brought through a pool in the fall. An effective method for fly fishing for larger brown trout in the fall is the utilization of streamers.

As browns spawn in the fall, they often key in on food sources that are larger than insects, making streamers an excellent choice. Many anglers who enjoy fishing dry flies are drawn to the popular mayfly hatches of the warmer months such as the March brown, the light Cahill or the green drake; however, hatches do take place in the fall that can offer a good deal of excitement.

As mayfly hatches become smaller as the summer months go on, the fall does offer blue-winged olive hatches on most trout streams throughout the area. Olives hatch at different times throughout the year, and having a good assortment of olive flies that represent the different stages of their lifecycle is always effective.