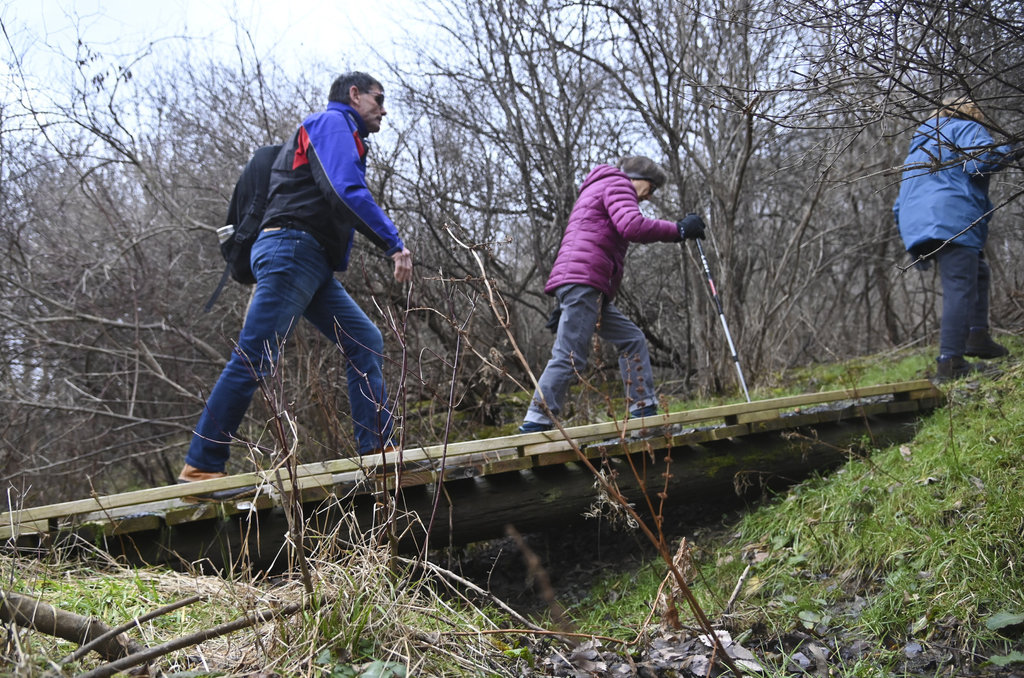 Visits to Pennsylvania’s parks increased by 7 million; here are the top spots

But they couldn’t find a camping spot anywhere near the park, billed as “nearly as remote and wild today as it was two centuries ago,” and had to stay elsewhere. Then, when they arrived the next morning, the parking lot was full.

It’s become a common scenario at many state parks during the pandemic.

Overall, there has been an increase of over 7.4 million visits — up 26% — to state parks between March and September compared to the same time last year, even though parks were either closed or barely open in March and April because of stay-at-home orders.

Most of the state’s 116 parks continued to see growth in September — a time when visits usually trail off — according to an Inquirer analysis. Almost 100 saw double digit growth, starting with a record Labor Day.

Cherry Springs some saw of the most explosive growth last month. It drew 26,745 visitors, a 231% increase over the 8,090 visits for the same month last year. Officials say demand remains in October though numbers aren’t yet available.

“It was the most crowded we’ve ever seen it there,” Kroll noted. “The field … was covered with people in chairs and on blankets. People with telescopes too. We had to be careful to not step on people it was like lawn seating for a concert. It was absolutely crazy.”

But Kroll said it was worth it: the night sky was “breathtaking.” And foliage throughout the state has been among the best in years.

Other locations also saw visits swell. Hickory Run, in Carbon County, known for Boulder Field and Hawk Falls, saw an increase of 137%, growing from 35,221 to 83,310 visits year-over-year for September.

Other popular destinations such as Lehigh Gorge, Tobyhanna, and Rickett’s Glen all saw significant increases.

“I’ve been here 15 years and it’s really something that I haven’t seen the likes of,” said David Sariano, director of business services for the Pennsylvania Bureau of State Parks, which falls under the Department of Conservation and Natural Resources (DCNR).

“What we’re seeing is the destination parks being hit hardest,” Sariano said. “For Cherry Springs it’s the night sky. And for Hickory Run, it’s the water attraction.”

Citing Outdoor Industry Association figures, Sariano noted that outdoor recreation is a big economic driver for the Commonwealth, translating to 251,000 jobs and $29.1 billion in consumer spending, all of which brings in state and local tax revenue. And camping this year has created big revenue gains.

However, Sariano said camping reservation gains have been offset by loss of revenue from swimming, concessions and other money drivers at the parks. Currently, the state is under an interim budget that has kept funding at last year’s levels, but costs have risen. The legislature will not tackle the budget until after the Nov. 3 election, and cuts are expected though uncertain.

“We’re really strapped because we’re not able to hire all of our positions because of the budget,” Sariano said. “On the other hand, our demand is through the roof. That’s raised a lot of staffing stress.”

Sariano said staff follow COVID-19 protocols, including extra cleaning and enforcement for things such as social distancing and masks among visitors. At the same time, rangers are responding to more calls for help and emergencies.