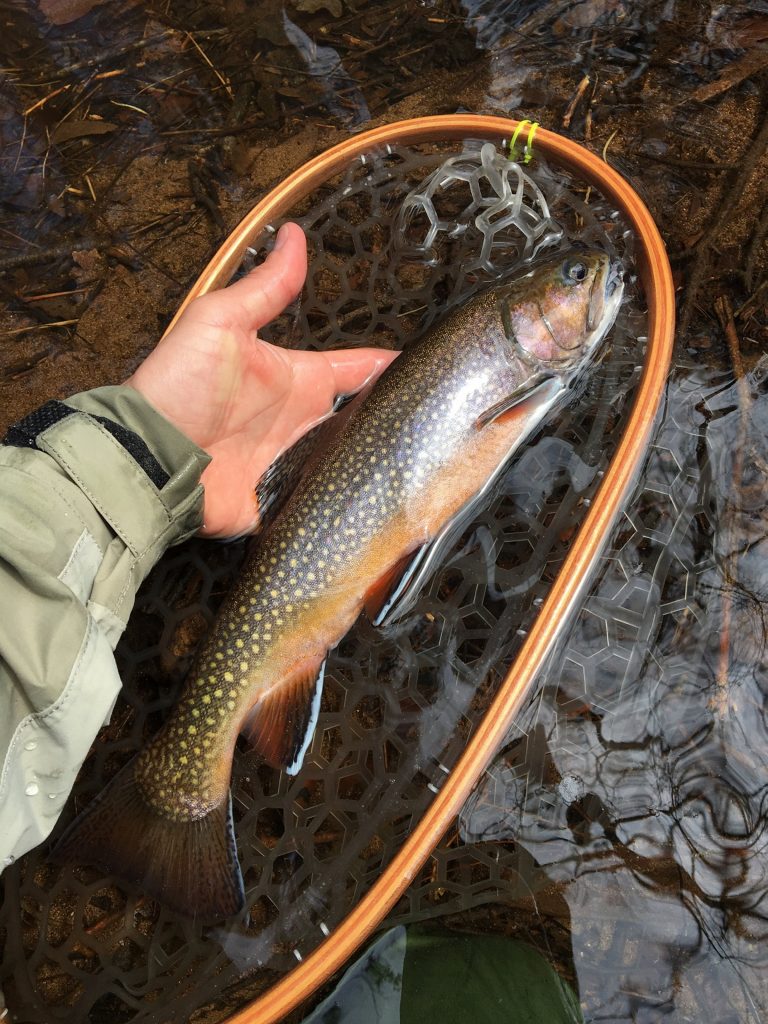 Almost any casting technique is effective for the opening of trout season, Saturday, April 18, but after the first few weeks of the season have passed, pressured fish can be found in areas that are the hardest to access and often intentionally avoided by anglers.

Although the names attributed to the following casting techniques are a bit unconventional — if not downright ridiculous — so are the presentations themselves. They are far from textbook and certainly won’t earn any points for proper casting form, but in the end no one needs to be pretty when one can be effective instead. These crazy casts actually work, and that’s all that really matters.

“Pendulum Flip and Dip” — Best reserved for locations in which aerial access can be safely obtained to an opening in an obstruction such as logjams positioned tightly against overhead banks, or those with dry exposed logs big enough to stand on lend themselves well to presenting bait from above.

Use common sense and evaluate the depth and flow of the water before attempting anything risky. Look for a decent sized break in the jam that can be reached from above, and if manageable, keep the rod tip vertically aligned with the opening. Longer rods simplify the process and really help boost control of the line.

In this setting, one should think like an ice-fisherman. and extend the rod high above the opening, flip a heavily weighted fly, jig or live bait toward the hole as if it were on a swinging pendulum and then quickly dip it into the water by dropping the rod tip toward the surface when the bait hits its mark. Control the placement of the bait in the water column by adding a proportionate amount of weight and extra line to match the depth and velocity of the creek.

For heavier flow streams, the bait may not get much of an opportunity to sink, so repeated flip and dips may be required to finesse a fish into rising for a strike near the surface. Calmer streams provide more opportunity to vary depth and put some action into the offering, and lightly bouncing jigs or nymphs off the bottom can be extremely enticing to a trout, as can a tumbling bit of scented dough bait. Just be prepared to negotiate the hazards if hooking into a fish of any size. In this situation, a long-handled net can be a real lifesaver.

“Upstream Slack Drifter” — Some obstacles are either unsafe or nearly impossible to access from an elevated vantage point, so if that is the situation consider this as an alternative. Where wading is possible, try to get directly upstream of the logjam or stay low on the creek bank near the water’s edge, take out plenty of slack fly line or simply open the bail of a spinning reel.

Make a light cast a few yards in front of the logjam and allow the current to pull the bait downstream into the heart of the lion’s lair. When feeling the bait or fly is where it needs to be, close the bail or put tension on the line to stop its drift.

Killing the drift will slowly lift the presentation into the middle of the water column, while maintaining a low rod tip will help keep it there. Suspended night crawlers, minnows, egg patterns and streamers can be deadly as they wobble freely with the flow of the current.

Experiment with a slow, gradual retrieve back upstream, mixing in more suspended pauses, and then another slack drift release. It’s difficult for hungry trout to resist a tasty looking morsel dangling before their faces, especially if they get a good look before it slowly begins to evade them.

“Sidearm Flow Rider” — This technique has landed me my finest rainbow trout to date — a hefty Pennsylvania Fish and Boat Commission Angler Awards trophy, caught in a small stream narrow enough to nearly jump across. It was hunkered down beneath a logjam situated near a muddy cut bank, and I never knew the fish was there until I saw it flash at my first “Sidearm Flow Rider.”

This cast requires the angler to be positioned well downstream of the jam, and with a sidearm motion the line is cast parallel past the side of the overhanging obstruction. At the last moment, slightly whip the rod tip in toward the logjam with a sharp flip of the wrist, much like a pitcher throwing a curve ball.

Allow the lure to sink a bit and ride the flow back as it clears the jam, using a steady retrieve to keep minimal slack in the line so the strike can be felt when a fish hits. If no strikes on the first cast, be ready on the next one because a trophy-sized fish that’s eager to hit seldom needs more than two offerings.

Defying conventional casting techniques may not be pretty, but it gets the job done. When fish take refuge beneath inaccessible cover, something different is needed to lure out those pressured logjam lunkers.