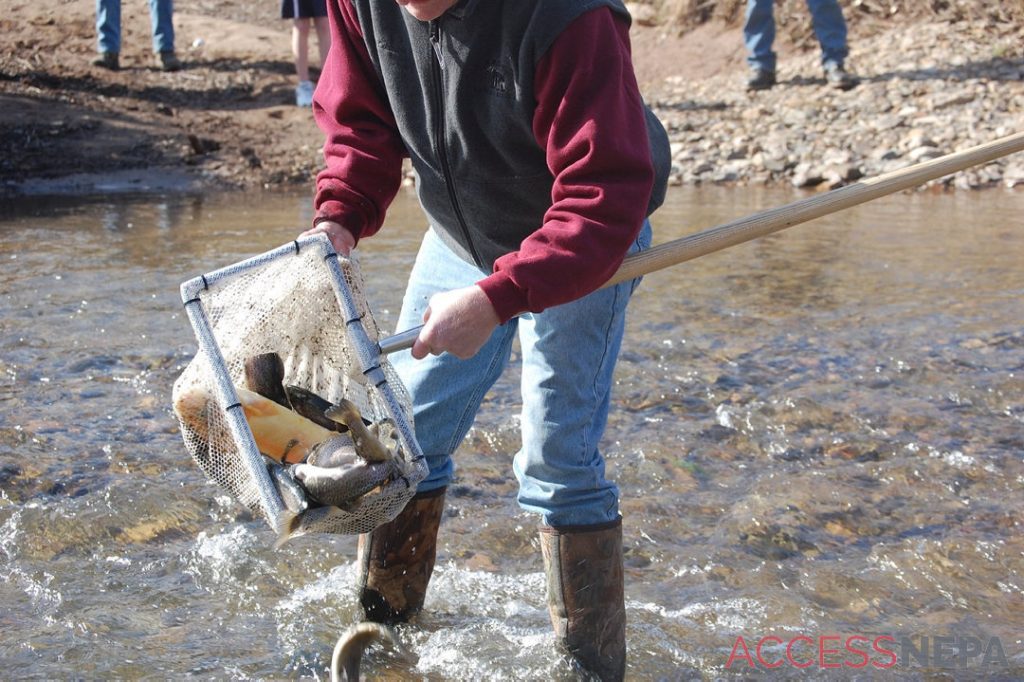 Every time an angler casts a line into the water there is the potential for a surprise.

Like those lucky enough to be floating a piece of earthworm in a river on 8-pound test line only to tie into a 30-inch musky. Everyone likes to hear about those surprises, including the Pennsylvania Fish and Boat Commission.

Last year, however, because of having to deal with the COVID-19 pandemic, the PFBC had to spring an unwanted surprise on anglers when, without warning, it announced at 8 a.m., Tuesday, April 7, that the statewide trout season was open. That came four days before the scheduled Southeast Region Mentored Youth Trout Day, which was canceled.

After consulting with the Governor’s office, the state Department of Health and the state Department of Conservation and Natural Resources, the PFBC made what it called a “difficult” decision. Many anglers were using stronger and unprintable adjectives to describe the decision, while others accepted it as part of efforts to slow the spread of the coronavirus by avoiding the large gatherings that can happen on the traditional opening day.

This year the PFBC got ahead of the potential of surprising trout anglers by announcing the creation of one statewide MYTD, Saturday, March 27, and one statewide opening day, Saturday, April 3. In order to complete all preseason stocking on time, PFBC personnel and invited volunteers will begin stocking trout Monday, Feb. 15, which closes the season until opening day.

“We realized last year’s announcement was a disruption to tradition, but it was in the best interest of public health and safety,” PFBC executive director Tim Schaeffer said. “We had seen that anglers and boaters across the Commonwealth were willing to adapt their behavior to include social distancing, and we asked everyone to follow their lead while enjoying outdoor activities during this challenging time.

“Using the length of a fishing rod to maintain social distancing of 6 feet became such an effective visual it was adopted by other states. As we continue to experience these changes together and get back on the water in 2021, we say thank you to the anglers and boaters of Pennsylvania for their understanding.

“We first began talking in the fall about the move to an earlier statewide schedule for trout season to ensure we preserve our cherished fishing traditions while reducing the amount of travel across multiple opening days. We wanted to give anglers as much time and information as possible to plan ahead, and we think they will especially like having the stocking dates and locations available at their fingertips again this year on our FishBoatPA mobile app and website www.fishandboat.com.”

Schaeffer said starting two weeks earlier gives trout anglers statewide two more weeks to enjoy everything that comes with this special time of year, and the PFBC appreciates the cooperation of the anglers as it prepares for the safest season possible and encourages them to enjoy their local waters.

“Effective immediately is the consolidation of the 2021 trout season into a single, statewide schedule for all Pennsylvania counties, beginning trout stocking operations earlier than usual, reinstating limited volunteer opportunities for trout stocking operations and releasing a schedule of trout stocking dates and locations,” Schaeffer said. “All changes were made after consultation with the Office of the Governor, Pennsylvania Department of Health and Pennsylvania Department of Conservation and Natural Resources to address ongoing public health concerns related to the COVID-19 pandemic while preserving the opportunity to enjoy the fun and recreational health benefits of fishing.

“Anglers are also reminded that because the mentored youth days were canceled in 2020, all voluntary youth fishing licenses purchased last season remain valid and will be honored during the 2021 season. To prepare for the consolidated statewide trout season schedule, preseason trout stocking operations will begin approximately two weeks earlier than in previous seasons.

“This change will allow hatchery staff to deliver trout to many waters ahead of the Statewide Mentored Youth Trout Day and, weather permitting, all waters prior to the Statewide Opening Day. Due to this change, all streams that are designated as Stocked Trout Waters will be closed to angling when stocking begins February 15.”

To provide for additional angling opportunities during this time, trout that are stocked in lakes, reservoirs and ponds during the preseason will be open to catch-and-release angling, but may not be harvested until Statewide Mentored Youth Day and Statewide Opening Day.

In addition, fishing will be closed on the Lake Erie tributaries and Presque Isle Bay from 12:01 a.m. on April 2 until 8 a.m. on April 3. This temporary modification to the trout season, size and creel limits will mirror regulation changes that occur annually in the Lake Erie region prior to the regular Statewide Opening Day and are designed to protect against the overharvest of steelhead.

To achieve the highest quality stocking operations, the PFBC will be reintroducing limited volunteer opportunities, but to protect the safety of PFBC staff and the public, volunteer opportunities will not be available to the general public. Instead, volunteers will be recruited from an existing pool of individuals who have traditionally assisted with float stocking and bucket carrying organized through local conservation organizations, schools and other groups and will be required to wear personal protective gear, including masks and gloves and practice social distancing while participating in stocking operations.

“We appreciate the feedback we received from many anglers who were disappointed last season because we suspended volunteer stocking help due to the pandemic,” PFBC board of commissioners member Richard Lewis said. “While we welcome the day when we can all return to normal, we think that offering these limited volunteer opportunities this season is a big step in the right direction.

“With the help of these experienced volunteers, we will be able to most effectively spread the trout out throughout the streams to provide the best opening day experience for all anglers as well as sustained fishing throughout the spring. Unsolicited ‘walk on’ stocking volunteers, however, will not be permitted to assist with stocking.”

Anglers are reminded that all stocking dates are subject to change due to weather conditions and other factors, so they should check the stocking schedule throughout the season.