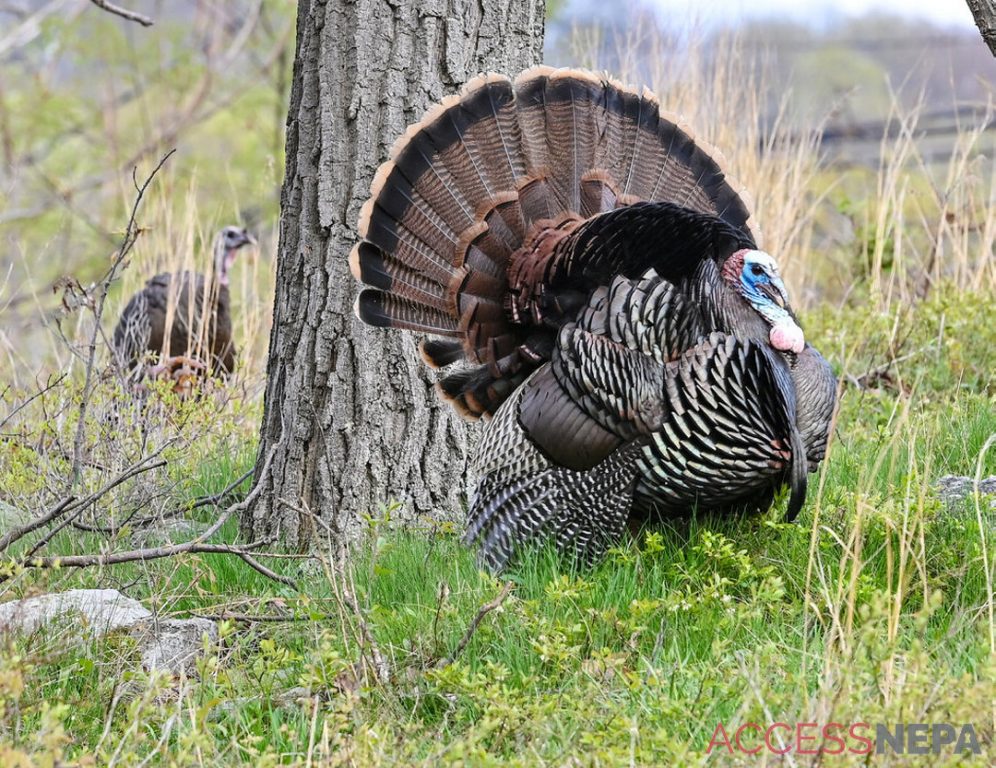 From the field above me came the “bang” of a 12-gauge shotgun that was immediately followed by a second “bang.”

One of the things spring gobbler hunters quickly learn is that one “bang” or an almost instant second “bang” usually means “floppage” with a gobbler down. When a third “bang” follows, in almost all cases it means the bird has escaped with new-found knowledge.

Hunting with two friends that morning we had watched four birds fly down from their roosts at 5:35 a.m. and heard them gobble after hitting the ground. This was the next-to-last week of the month-long season and what followed was what we had been encountering since the second week of May.

After hitting the ground, the birds neither gobbled on their own, nor when sweet talked with mouth, box or pot calls. Indeed, Facebook pages were filled with comments from hunters from Vermont to Maryland about gobblers developing lockjaw, giving a whole new meaning to a silent spring.

Knowing the habits of the birds, we posted three corners of a grass field next to the woods and began a waiting game. After hearing those two “bangs” at 8:15 a.m., my excitement level was elevated because I just knew my friend’s son had shot one of the birds.

Seconds later, a big gobbler came flying into the field behind me and landed in the tall grass less than 35 yards away. It never saw me stand up, but certainly reacted when my first and then second “bang” missed its big red head, and the bird flew off into the woods.

This was a classic example of “do what I say, not what I do” because this year one of the tips given in a preseason spring gobbler preview was to not aim at the head, but at the waddle, as the shot will most likely go high. Oh well, at least we could share in the success of my friend’s son.

Well, not exactly, as he too fired high on the bird, which was the same one that then sailed in on me. It turns out he had also missed that bird on the opening day of the season, and over breakfast the three of us agreed that if one of us could just get a sixth shot we would put a tag on that bird.

When I called an end to my season, Saturday, May 30, at 6:30 p.m., I still had my two turkey tags, but my lack of success in no way diminished the satisfaction of the season. It all began Saturday, May 2, the opening morning of the season while hunting public land with access from private land.

This is one of those all-morning spots with tag-filling potential that has yet to happen for me. My time was limited because of a previous commitment at Sweet Arrow Lake, but that morning I had seven deer pass that were within bow range and three hens and two jakes within shotgun range.

It was also Day 1 of the silent spring that many in my flock of gobbler hunters would experience. Of five friends who filled tags, three would have been unsuccessful had they not had the experience that allowed them to ignore the urge to fidget and the patience to hold out because all their birds came in silent.

One of those hunters had a gift opportunity to fill his second tag the last week of the season when he watched a big gobbler walking toward him. Of course, the bird was silent, and when it was within 10 feet, my friend squeezed the trigger — only then realizing he had failed to chamber a round.

During Week 2 of the season I experienced more gobbling in 20 minutes than the rest of the season. This bird was hot and was on his death march as he worked his way through — his red head bobbing and shining in the sun.

Any chance of a shot vanished when a coyote came running from my right in the direction of the bird. Almost as disappointing as not getting a shot at that bird was the coyote being out of shotgun range. 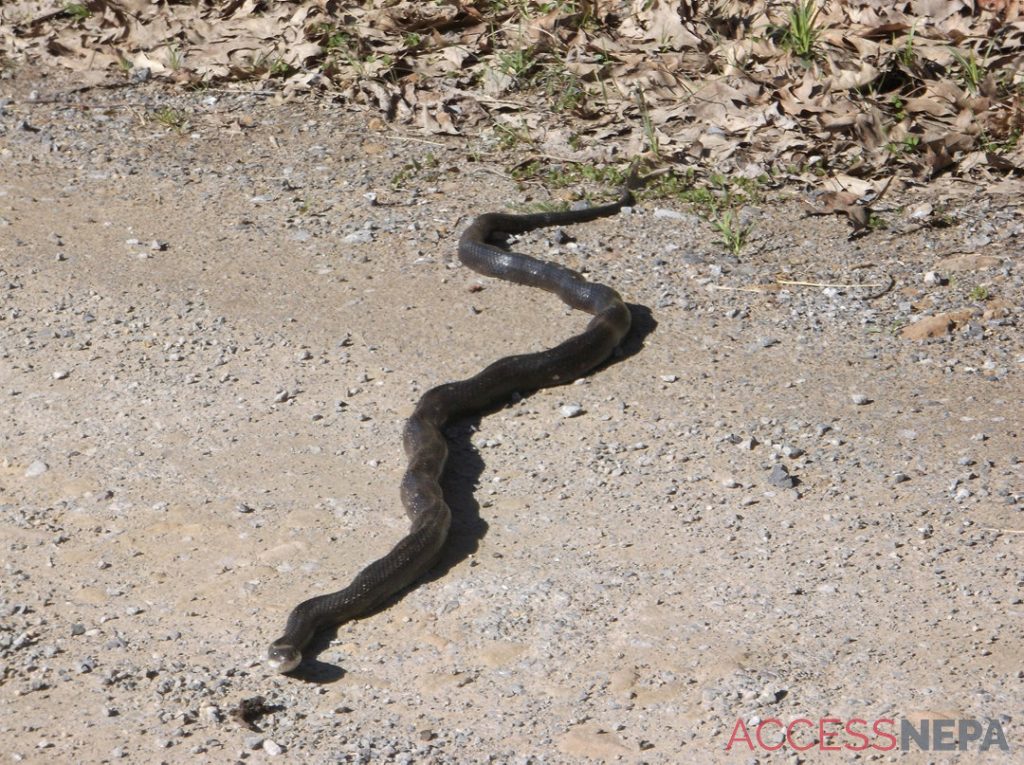 DOYLE DIETZ / CONTRIBUTING PHOTOGRAPHER
What seemed to be a perfect setup for calling gobblers with a custom-made Ed Terefencko box call instead attracted this black beauty, which judging from the bulges along its body manages to keep well fed on rodents in the forest.

Yet another silent encounter occurred on an 80-degree afternoon late in the season when I could hear rustling in the leaves, but was unable to see a bird, while doing a series of soft feeding sounds on my Ed Terefencko custom box call. Then appearing up from the ditch, on the opposite side of the logging road where I had placed a decoy, was a blacksnake at least five feet in length that had obviously from the bulges along its body had consumed a banquet of small rodents.

As for the silent spring I believe we are seeing gobblers adapt much as deer have over the years. There was a time when hunting from a treestand almost guaranteed getting a shot at a deer because they didn’t look up.

Deer have since learned to look up for danger as they walk through the woods and have made bowhunting all the more challenging. Firsthand experience and comparing notes with other experienced hunters have shown that gobblers who sound off early in the season are most likely to get tagged, but those who observe a silent spring are most likely to survive.

Oh, well, it’s just 10 months and 16 days until the opening of the 2021 spring gobbler season in Pennsylvania.